On July 4th, I celebrated my homeland’s birthday by embarking on a search with friends for the very best pork bun… Welcome to the BBQ Pork Bun Crawl - San Francisco Edition! BBQ pork buns (叉烧包, char siu bao) are Cantonese-style buns filled with barbecue pork – They are also absolutely delicious! Yelp reviews and Google searches were inconclusive when it came to determining where to find the best pork buns, so we took to the streets of San Francisco to find out for ourselves. 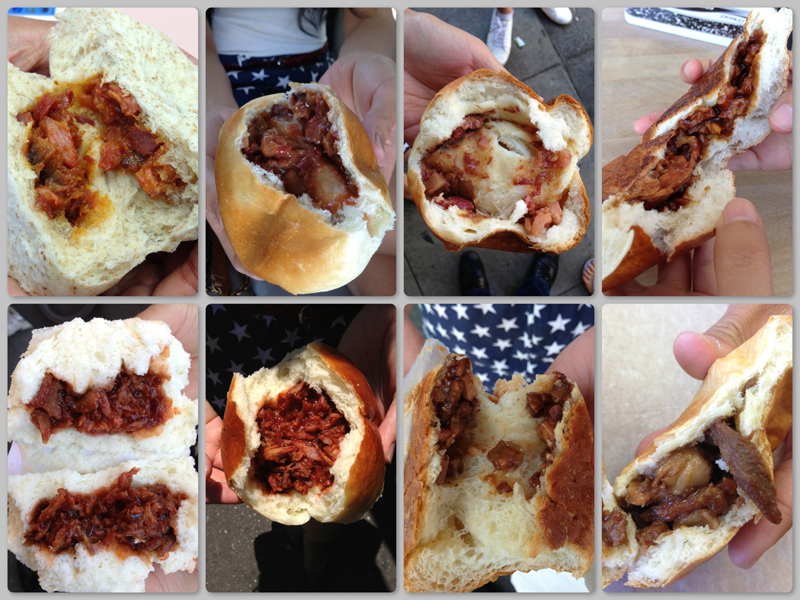 We visited eight bakeries across several San Francisco neighborhoods. You can check out my individual reviews on Yelp, but here is the quick lowdown:

One of the first bakeries we went to was Golden Gate Bakery in Chinatown. They’re known for their fresh Chinese Egg Tarts. In my eyes, they’ll also be known for their terrible pork buns, as they were easily the worst pork buns we sampled. The bread was dry and crusty, the meat was hard, and the sauce was uninspiring. Buns came with barely any meat, and what little there was was often tucked away to one side. Golden Gate Bakery should stick to what it’s great at (Chinese Egg Tarts) and consider taking this sad excuse for a pork bun off the menu.

It seemed like we were off to a poor start, but the Chinatown bakeries soon redeemed themselves through the memorable Good Mong Kok. First, a note that BBQ pork buns come in two varieties: steamed (蒸, zheng) and baked (烤, kao). Steamed buns are usually only found at dim sum restaurants, but Good Mong Kok offered both! The fact that they also served fantastic pork and vegetable buns made this our favorite bakery for the first half of our journey. If you’re looking for a good variety of pork buns, this is the place to go!

The last stop of our Chinatown excursion was particularly memorable. Mee Heong Bakery was out of pork buns when we walked in. I’d normally make a note to come back later, but as I peered into the dimly lit bakery, I noticed a pair of pigeons strolling around inside. Just chilling, and no store owner in sight. Congrats, Mee Heong Bakery – you earned yourself a big WTF?!

Next stop on our list was the Richmond District. We had the luck of tasting some great pork buns here as well. My Yelp reviews cover these in more detail. After Richmond, stomachs achingly full, we journeyed to the Sunset District where we found… the best of them all…

There can only be one, and Victor’s Bakery in the Sunset is the bakery to rule them all! Their pork buns had the perfect amount of fluffy bread – just enough to give you that softness you love, yet with enough room for a generous serving of delicious, chunky meat. Surprisingly enough, Victor’s was the last bakery we visited; I expected the bakeries at the end of our itinerary to suffer from our absolute lack of appetite. But Victor’s prevailed over that! 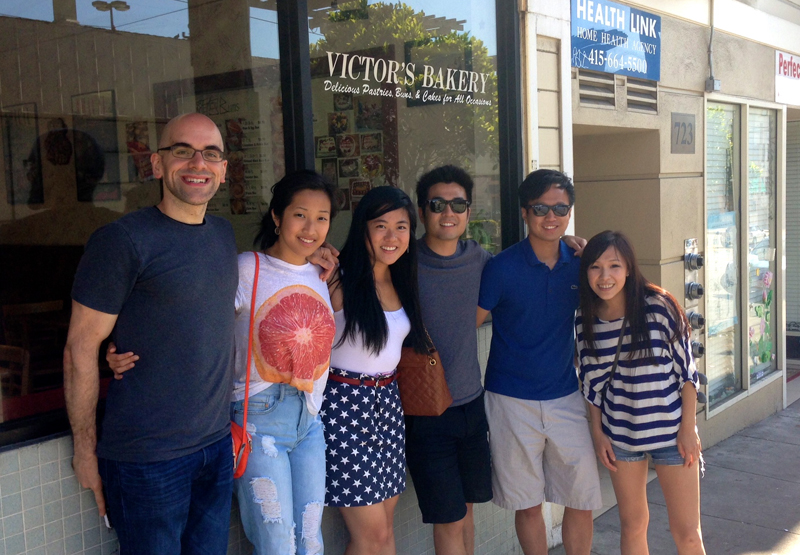 An adventure wouldn’t be a great one without a little variety! On our way from Richmond to the Sunset, we made a pit stop at Tea Way for some refreshing bubble tea. We also enjoyed some perfectly seasoned, melt-in-your-mouth popcorn chicken at Let’s Roll next door. After we chose our pork bun champion, we took a walk down Taraval Street and ate some refreshing gelato from Marco Polo’s. After that point, all our hungers had been satiated and it was time to go home. As I began to drive back, one of my friends caught a glimpse of the Chairman Bao food truck from Off The Grid. I almost ran the car off the road in excitement. Literally: everyone in the car gave a little scream as the car swerved back and forth. With a little patience, we found the food truck and sampled some of their amazing Taiwanese-style bun sandwiches. 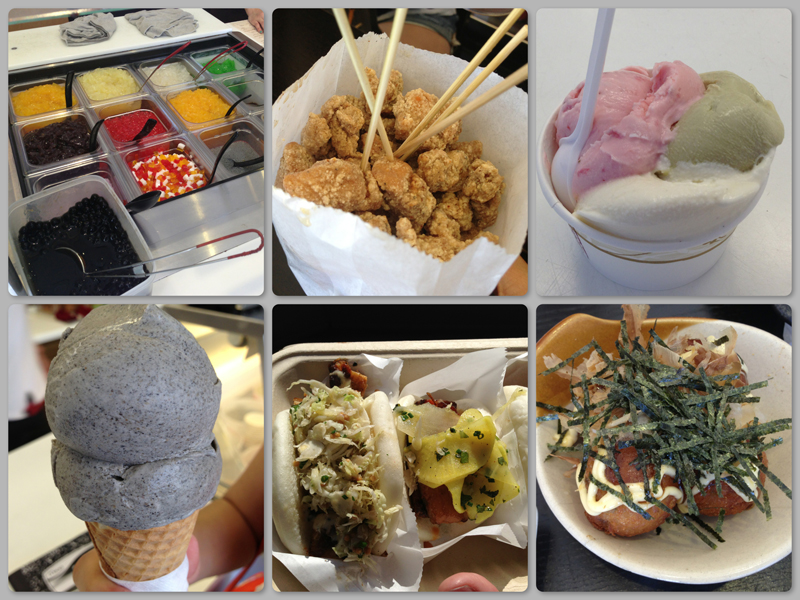 We ate other delicious things along the way!

The BBQ Pork Bun Crawl was an excellent way to spend a day off – Good friends and good food always make for a great time. While the six of us agreed on the ratings I’ve included on Yelp, that’s only our opinion. If we should give a place a second shot or we completely missed an amazing place, please feel free to send me a tweet! This crawl may be over, but we’re already looking forward to the next time we scour the city for amazing food.