Thoughts on Trails of Cold Steel 3

After successfully ending the Erebonian Civil War in Trails of Cold Steel 2 the war hero, Rean Schwarzer, is now an instructor at a new branch campus of his former alma mater. Things start slow in the third entry of the Erebonia arc. So slow in fact that I had to motivate myself to keep playing through some yawnfests early on. But I had plenty of faith in this series to deliver and after the first 20 hours this game kicked it into high gear. 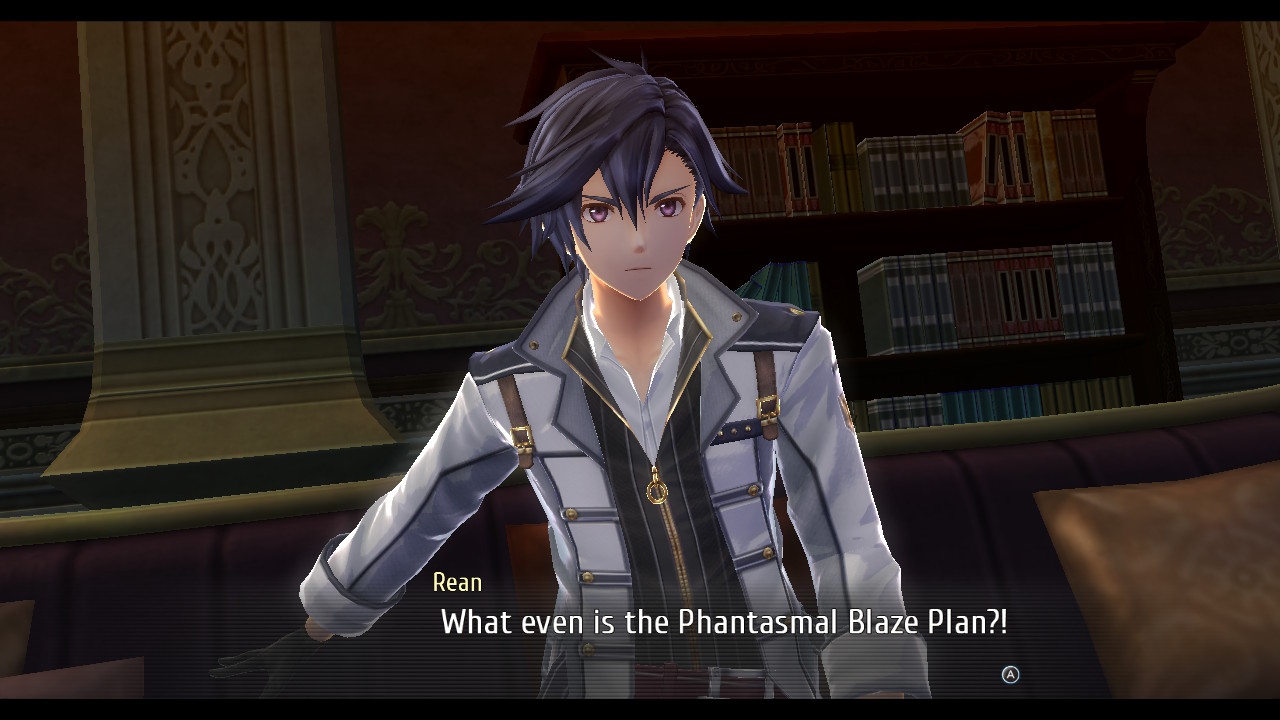 After two whole games, we finally learn what it is!

As expected, the game is fantastic. It has an engrossing, intricate story that has been built up over the last two entries and now includes some crossover from other arcs in The Legend of Heroes series. The cast of characters - old and new - is solid. I wasn’t expecting to like the new Class VII so much but I did. And I was worried I was going to suffer from “too many characters” fatigue but the game does a good job of rotating people in and out so you never have too many to pick from. And while I enjoyed the soundtrack for the second entry more, the music in the third entry is still great. The battle system remains largely the same but the addition of Brave Orders added some freshness and an opportunity to break the game. If you’re a JRPG fan, you cannot sleep on this series. 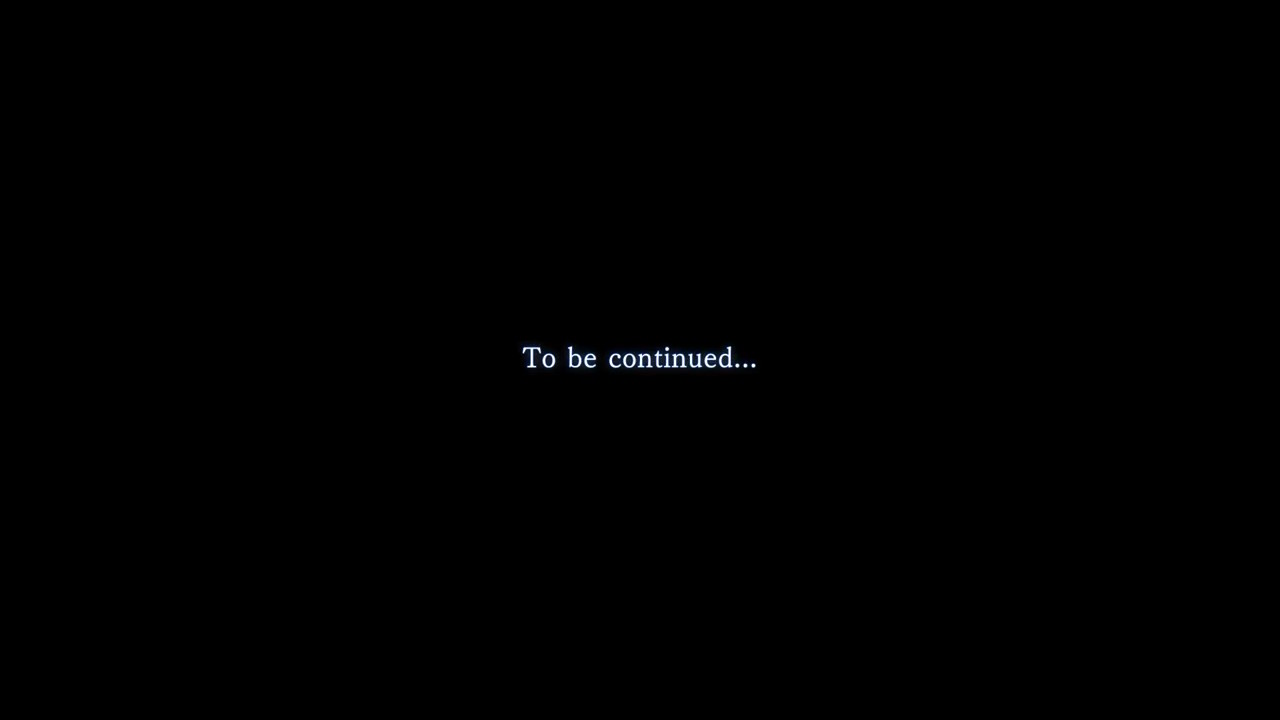 Trails of Cold Steel 3 ends on an immorally massive cliffhanger. Even the first entry that ends with, “Oh yeah, there’s a civil war starting right now” doesn’t compare. Fortunately, similar to my impeccable timing on playing the first entry and having the sequel come out a few weeks later, I don’t have to wait long for the end of the Erebonia arc. Trails of Cold Steel 4 comes to the PS4 on October 27th. It’s slated to come to the Switch in 2021 but I honestly can’t wait that long to finish this story. I’m dusting off the PS4! 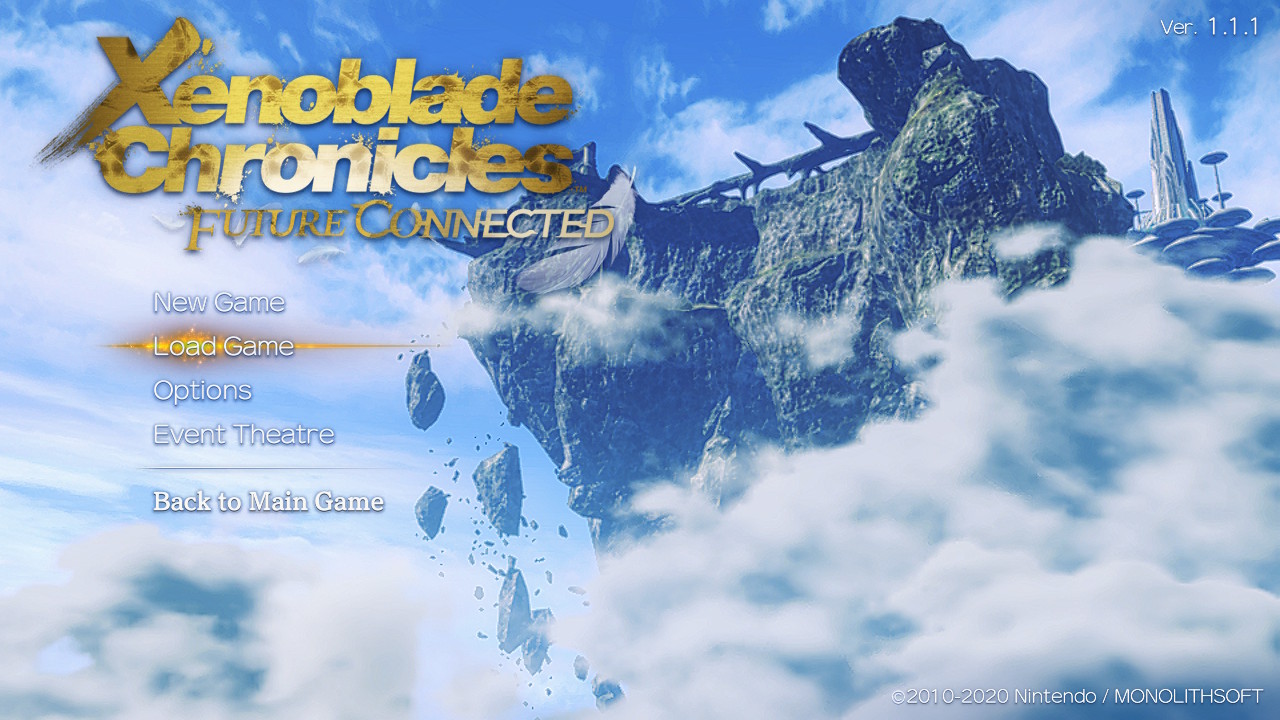 Future Connected takes place one year after the end of Xenoblade Chronicles and follows Shulk and Melia as they explore a new area, the Bionis Shoulder, and aim to reclaim Alcamoth from the mysterious Fog King who comes out of a spacetime rift. Let’s start with what I liked about Future Connected: exploring the vast, new area was a lot of fun; collecting all the Nopon Prospectors was also a lot of fun; Shulk’s new outfits are very stylish; and the upgrade you eventually get to Shulk’s Replica Monado looks like what 3rd grade me concoct - more mufflers! 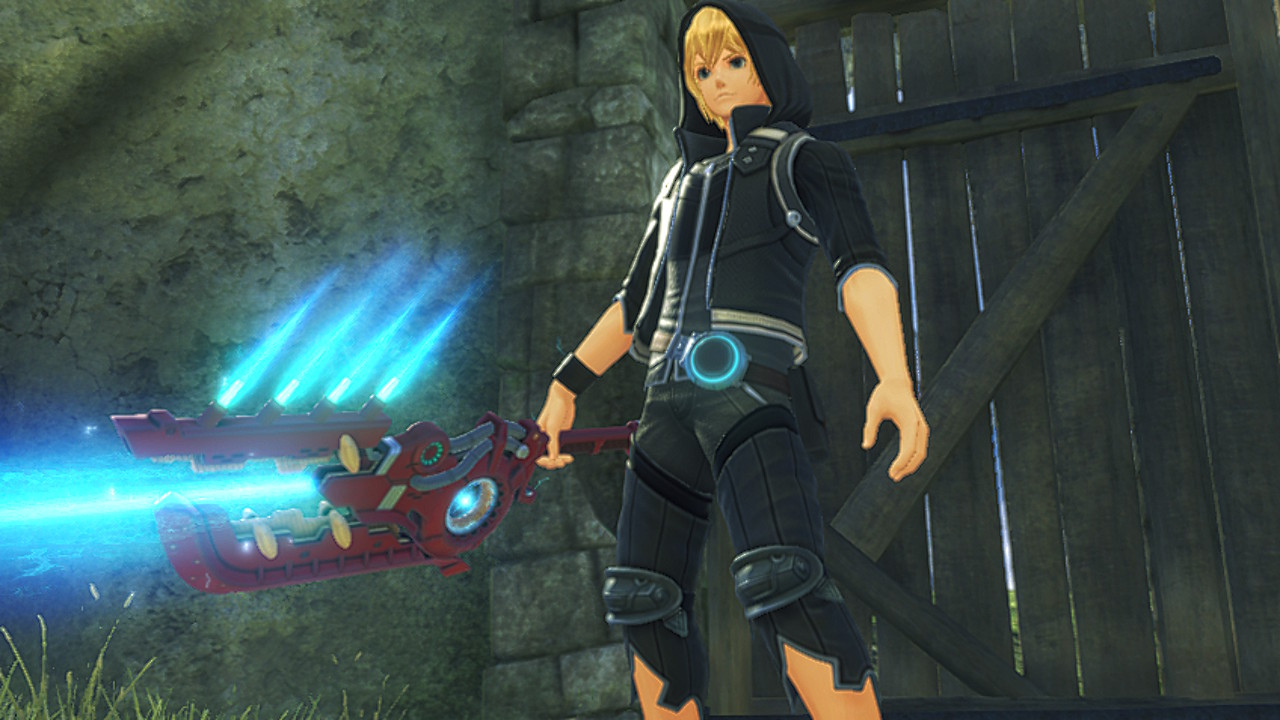 The big miss about Future Connected is it really doesn’t add much to the Xenoblade Chronicles universe. The spacetime rifts felt like a perfect way to connect Xenoblade Chronicles and Xenoblade Chronicles 2 given both games take place in parallel universes that branch off from Klaus’ Conduit experiment; we literally see Klaus as The Architect in XBC2 half-consumed by a spacetime rift and hear Shulk felling Zanza through it! Playing Future Connected I expected some sort of tie-in between the two games and was disappointed to find that not only was there no connection, the story itself was pretty plain and uninspiring. What a miss! 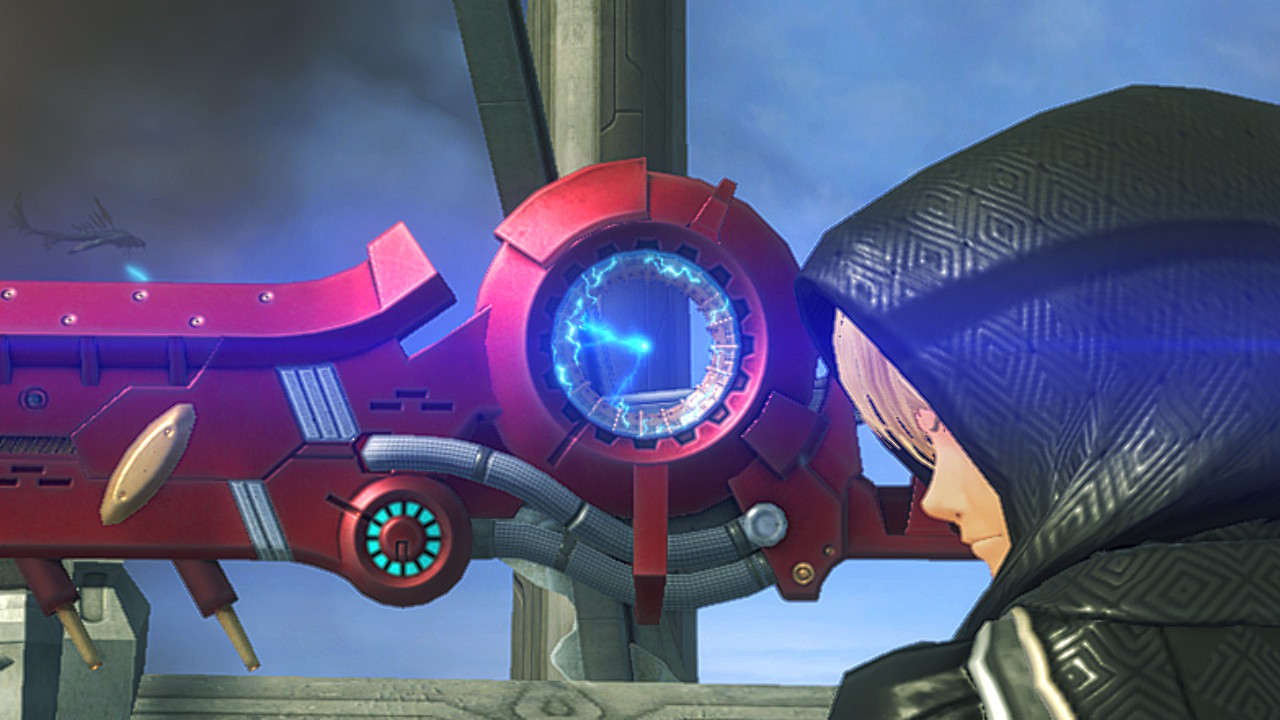 All that said, Future Connected was an enjoyable romp to top off an extremely satisfying second playthrough of Xenoblade Chronicles.

Manager Reads - The Ride of a Lifetime

Some time off from work for a staycation brings us this episode of Manager Reads which covers The Ride of a Lifetime: Lessons Learned from 15 Years as CEO of the Walt Disney Company by Bob Iger. Yes, that’s an amazingly long title, clocking in at 88 characters, but if I told you it isn’t the longest title of a book covered in Manager Reads would you believe me?

Who recommended the book? I took a staycation a few weeks ago. My manager Ravi, who recently read and enjoyed this book bought me a copy so I could do some leisure (Manager Reads) reading during my time off. Thanks, Ravi! 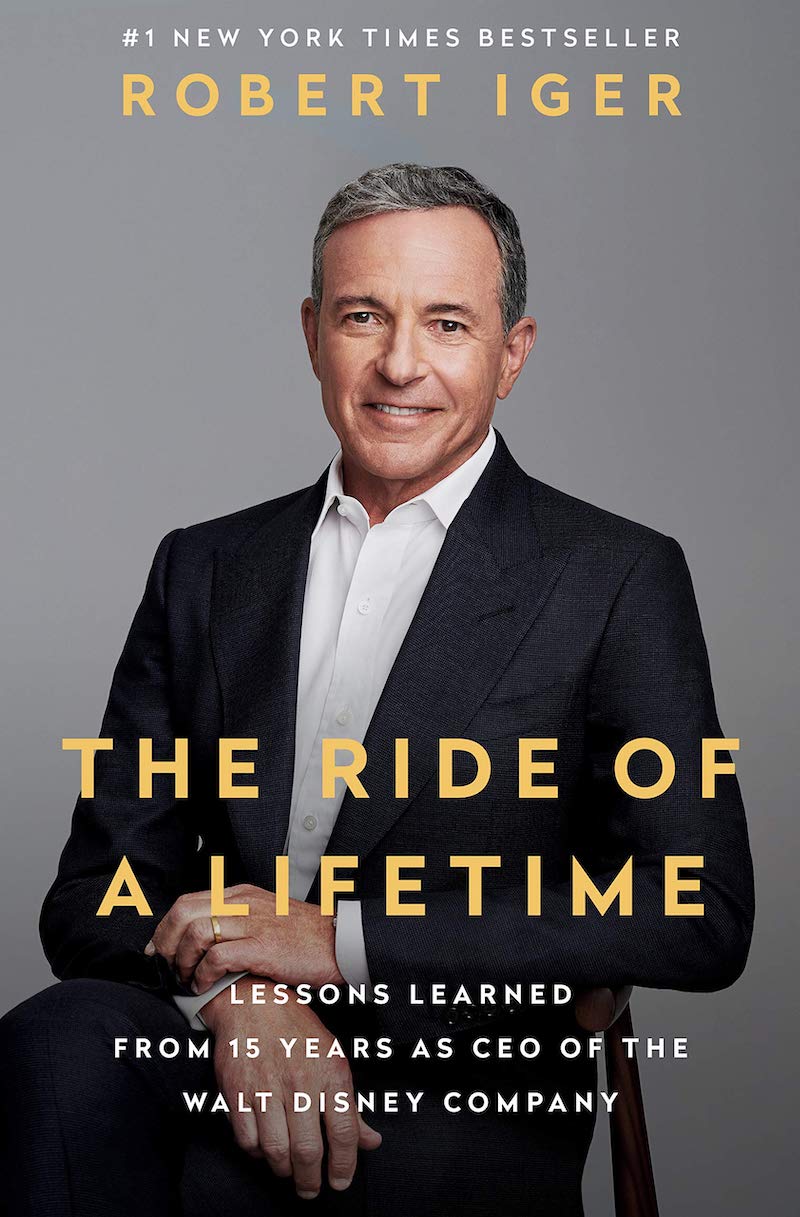 Judge the book by its cover, font, page quality? The cover for Ride of a Lifetime is clean and simple, prominently featuring a photo of the author. The cover features two text styles: a smaller, white style and a larger, golden, and raised style. The designer of the cover must also have something against non-capital letters because everything is capitalized. Overall, for an autobiographical book, I’m a fan of the cover.

I’m a fan of the inside too. The pages are thick, nicely off-white colored, a standard font is never offensive, and the leading is just right.

Thoughts on the book and the big take-aways? Iger opens the book covering the ten principles he sees as necessary for true leadership: optimism, courage, focus, decisiveness, curiosity, fairness, thoughtfulness, authenticity, the relentless pursuit of perfection, and integrity. From there we follow Iger’s journey which began at ABC Television. The story doesn’t end once Iger becomes CEO of Disney. In fact, things kick into higher gear at this point, with massive plays like the Marvel and Lucasfilm acquisitions and the launch of the Disney+ streaming service.

Throughout the book we see Iger leaning on the principles he opens with to get him through tough and tricky situations. The book closes similar to how it opens with a dive on lessons and principles Iger leads by. This structure worked amazingly well. Iger was able to accurately distill himself down into these principles and then he applied these principles time and time again. Even for front-line managers who are several rungs away from executive leadership this philosophy still applies and has value; you won’t always have complete information and you won’t be 100% comfortable with decisions you make so you need to lean onto your core values and principles to guide you.

One of the interesting tidbits I took away from Iger’s journey is Disney was very close to acquiring Twitter to serve as its multimedia distribution platform. In the last minute, Iger got cold feet and pulled out and opted to build Disney+ in house. Talk about dodging a grenade!

Favorite quote from the book? “Managing your own time and respecting others’ time is one of the most vital things to do as a manager.”

Elevator pitch for suggesting (or not suggesting) the book? This book is an enjoyable read that elegantly weaves Iger’s principles and the application of those principles. It’s a model any leader, even those not looking to be CEO of Disney, can take something from.

Notes in Evernote? My notes on 🐘 will not do justice to the exciting and meteoric rise of both Iger and Disney but check them out nonetheless if you’re interested.

As work from home for many companies has been extended indefinitely the need for keeping your team engaged has become even more important. I have found scheduling a meeting with the team with no agenda and no discussion related to work has been a small thing that has worked well. There are a ton of fun ways to spend this time. Ones we’ve tried and enjoyed:

What does any of this have to do with audio capture on macOS? Jackbox, the last item on the above list is played with one person running the game and then sharing their screen with everyone else playing. On macOS you can share video but there is no simple, built-in way to capture and share audio over video conference software like Google Meet. There are some guides available online for how to do this but the simplest, but not cheapest, option to get this working is Loopback by Rogue Amoeba. 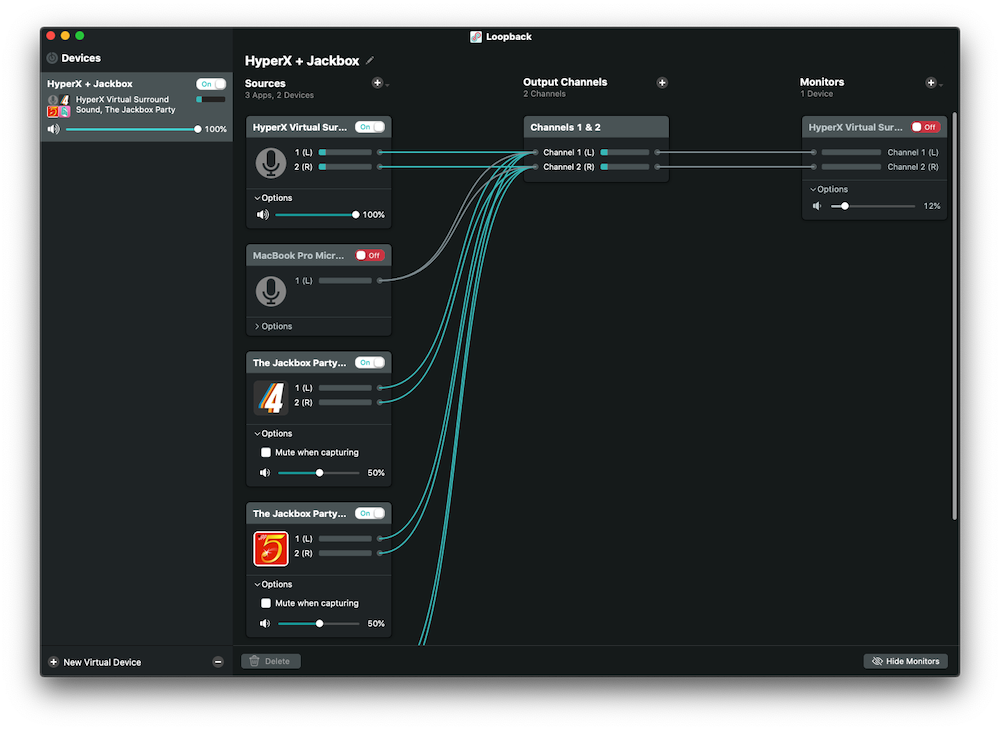 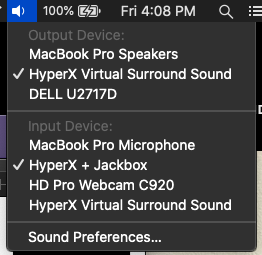 And you’re good to go! If there are other apps you need to capture audio from it’s easy in Loopback to add them to this virtual audio device.

Manager Reads - The Five Dysfunctions of a Team

Reading has slowed down a bit since the release of Xenoblade Chronicles Definitive Edition but this long overdue episode of Manager Reads covers The Five Dysfunctions of a Team: A Leadership Fable by Patrick Lencioni.

Who recommended the book? My manager Ravi recommended this book for Twitch’s Leadership Book Club back in 2018. We’ve covered a bunch of books since then but we still haven’t gotten around to this one. Given all the leadership books I’ve ordered Amazon kept recommending this one to me so I gave into the recommendation machines and finally grabbed a copy and dove in. 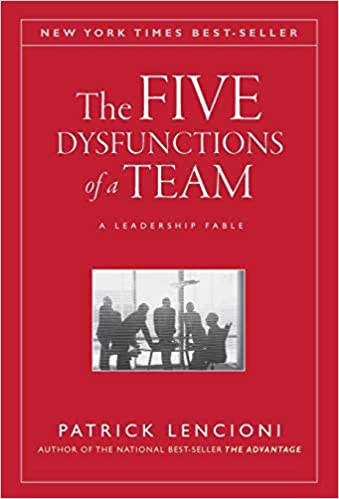 Judge the book by its cover, font, page quality? The Five Dysfunctions of a Team has an unexciting cover. The title can’t seem to make up which casing strategy, font size, or font style it wants to use so it goes with a kitchen sink approach here.

The black-and-white photo taken from outside a room with the shades down for some reason also feels drab. The five people in the room likely representing the five dysfunctions reminds me of the homonculus in Fullmetal Alchemist representing the Seven Deadly Sins. 🤓 The plus side of the photo is they were at least thoughtful enought to include a woman in it. Also the five people in the room are definitely humans and not animals so I’m unsure why the book calls itself a fable. 🤷‍♂️ I suppose fable sounds better than “story” or “fictional example to illustrate my point.”

Inside the book the pages shine bright and white; I’m more of a fan of off-white or almond colored pages as they’re easier on the eyes. The pages themselves are also incredibly thin; without even lifting a page up to allow light to come through the other side it’s possible to see text on the other side. Yikes! 👎

Thoughts on the book and the big take-aways? Similar to Leadership and Self-Deception: Getting Out of the Box this book teaches its lesson through a fictional story following Kathyrn who becomes the CEO of a tech company and needs to work through the dysfunctions of its executive team. It’s relatively easy-to-read since it doesn’t dump information on you en masse but rather introduces problems and solutions at a more human pace as it follows the different characters. The five dysfunctions of the team are:

While there is value in understanding these five dysfunctions, I am not a fan of the fictional story format in leadership books. Of the 224 pages in this book, only 10 dive deep on the dysfunctions in the aforementioned last section. This feels far too little.

Favorite quote from the book? “It is ironic that so many people avoid conflict in the name of efficiency, because healthy conflict is actually a time saver.”

Elevator pitch for suggesting (or not suggesting) the book? Read the last chapter to get a concise, but perhaps too brief, overview of the five dysfunctions of a team. Consistently and intentionally nudging your team away from these dysfunctions will level up your team.

Notes in Evernote? Looking for random sentences I found interesting in the fable? Check out my notes on 🐘.

Check out the archive for more posts!