This edition of Manager Reads covers a unique and interesting book: The Psychopath Factory: How Capitalism Organizes Empathy by Tristam Adams.

Who recommended the book? A member of Twitch’s Leadership Book Club recently suggested this book for our next book. On the surface this book was different enough from all the other books we have covered that folks rallied around it. 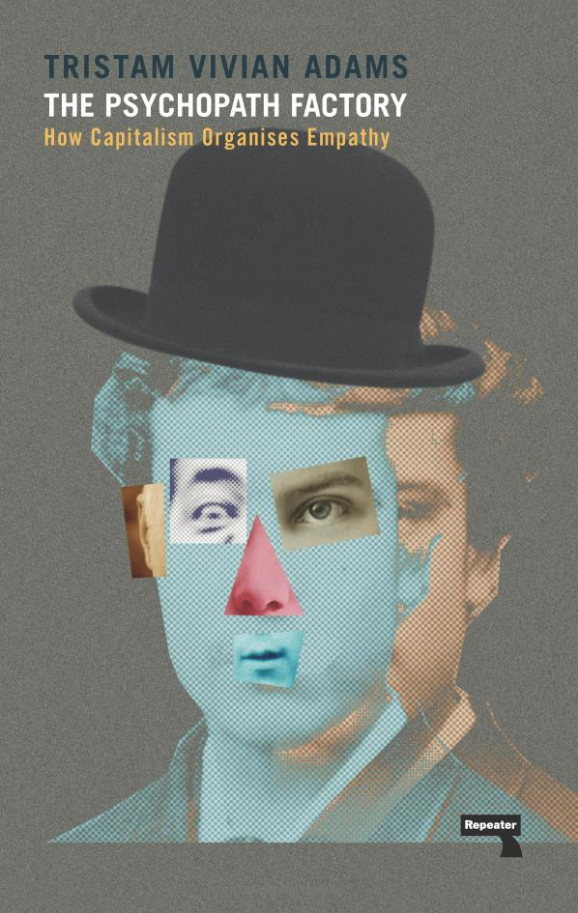 Judge the book by its cover, font, page quality? Psychopath Factory’s cover features an image of a person that then has another picture of a person overlaid on top that then has smaller, collage-style pieces of the human face on top of that. This likely alludes to the author’s argument that we are all potentially psychopaths and are acting the part to help keep the system running smoothly. Overall the cover is cool but it is triggering that this images-on-image-on-image for some reason is not flush with the bottom of the cover. I’m unsure if my copy was just sitting in the Amazon warehouse for a while but inside the pages have a slight yellow tinge to them. Color aside the pages feel thick but you can sometimes see the text on the opposite side.

Thoughts on the book and the big take-aways? Adams makes an interesting argument that I don’t agree with. Adams argues that capitalism is not cold and inhuman. Rather, capitalism leverages and uses empathy to keep workers engaged and productive. If you’re empathetic at work, you’re a total tool and doing so in the service of capitalism. Even psychopaths, who lack empathy, have to put on a performance of being empathetic to best achieve results. In the end it’s impossible to tell who is truly empathetic (if this is even possible) and who is just engaging in performative empathy. Where Adams’ argument really jumps the shark in my book is when he closes arguing that we all should be “moral psychopaths” and not show empathy because that is the only way to subvert capitalism. I disagree with Adams because removing empathy from the equation would result in more, not less, abuses by capitalist systems.

Favorite quote from the book? “Modern work requires a convincing performance of empathy.”

Elevator pitch for suggesting (or not suggesting) the book? It’s a short read presenting an interesting argument but ultimately not worth your time.

Notes in Evernote? Buy this book and support capitalism, or read my notes on 🐘!