The editors at Game Informer recently did a feature series on games they’d spent a huge amount of time playing: time sinks. The games ranged from new games like Minecraft to classics like Pokémon Red and The Legend of Zelda: Ocarina of Time. I’ll unabashedly admit that I have spent an obscene amount of time playing video games. This shouldn’t come as a surprise considering my favorite genre is Japanese RPGs (JRPGs), which usually take at least 20 hours to get through the main storyline. I put 122 hours into Xenoblade Chronicles (Wii) and 60+ hours into Dragon Quest IX (DS) and Valkyrie Profile(PSX). But there is one JRPG on the Playstation 2 that I played for a staggering 227 hours!

I’m a Final Fantasy fan. My first hit was Final Fantasy VIII (PSX). Through repeated playthroughs, one involving collecting all the cards in the Triple Triad card game, I easily put in over 90 hours into this game. I even got Squall’s second best weapon before the first SeeD mission, by refining the cards I collected into the items necessary to make the powerful gunblade. But 90 hours pales in comparison to the 227 I invested in the first Final Fantasy released on the PS2 – Final Fantasy X. 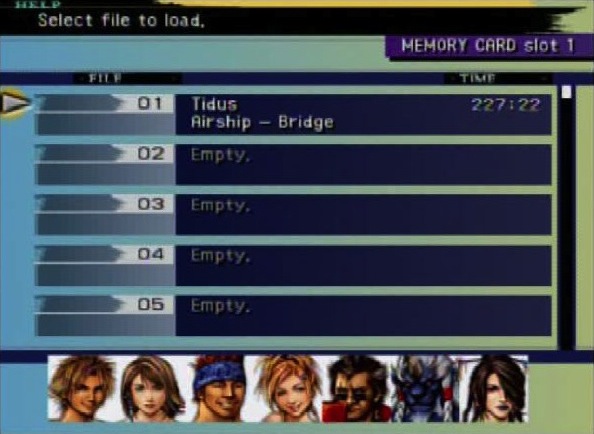 There are plenty of ways to pour time into FFX. I got the powerful Celestial Weapons. I took the worst Blitzball team in Spira, the Besaid Aurochs, and turned them into dominant tyrants. I dodged 200 lightening bolts in the Thunder Plains. The Monster Arena also quickly ran out of monsters that could even scratch my party. That said, even doing all this could not account for 227 hours. One day I stumbled on a GameFAQs guide to max out characters’ stats… And I took the dive! 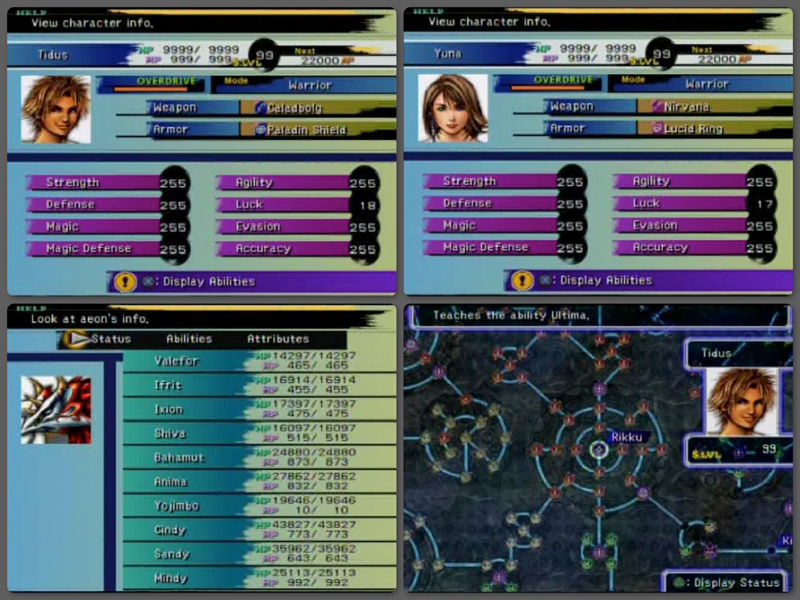 Top: Maxed out stats for Tidus and Yuna.
Bottom-left: Yuna's Aeons benefiting from her maxed out stats.
Bottom-right: The Sphere Grid -- heavily modified to max out stats.

Here is a quick overview of how you do this. In FFX, you power up your characters by fighting enemies to earn points, which allows you to collect power ups from the Sphere Grid. On this grid, there are various nodes that grant various power ups to your characters (e.g. Magic up, Strength up). Some nodes are more powerful than others. For example, you can have a node that only increases Strength by 1 and another that increases it by 4. Special items also enable you to modify the sphere grid. For example, with a certain item, you can erase nodes. On the other hand, certain monsters drop items which allow you to create nodes that award the max boost for each stat. From here, it’s just a matter of erasing every node that does not award the maximum boost to a particular stat and replacing it with a node that does. Rinse and repeat until you max out the 8 bits allocated to each stat – 255.

Why? I think the completionist in me took over and went into overdrive. Aside from not maxing out Luck to 255, the only disappointment is that I played the North American version of FFX. The International Version of FFX, released only in Europe, features tough superbosses that would’ve been fun to challenge (i.e. destroy) with my maxed out characters. 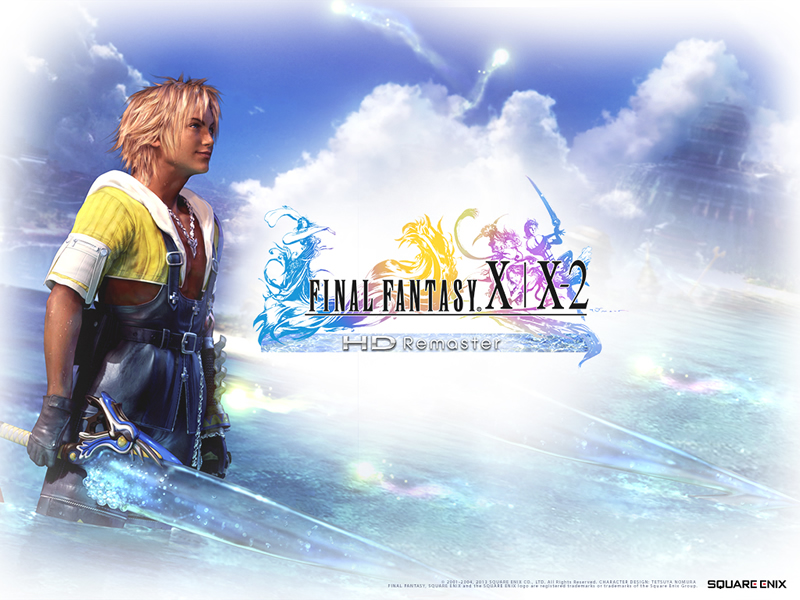 It's almost time to play this game some more.

But Final Fantasy X isn’t done consuming my time! An HD remaster of Final Fantasy X is quickly approaching. But this isn’t a plain old remaster of the version I played on the PS2. This is the International Version that features those aforementioned superbosses, and even some brand new content. These days, I don’t replay games because my video game backlog is huge and life has gotten busier compared to my halcyon days. But it was during those days that I heard Tidus deliver the first lines of this game, “Listen to my story… This may be our last chance.” Well, I guess I can make an exception. Sign me up – we’re going to Spira again!

This post inspired a great discussion that made it to the top of r/FinalFantasy and r/JRPG. Many thanks to the Redditors who shared their biggest time sinks; your excitement is contagious!