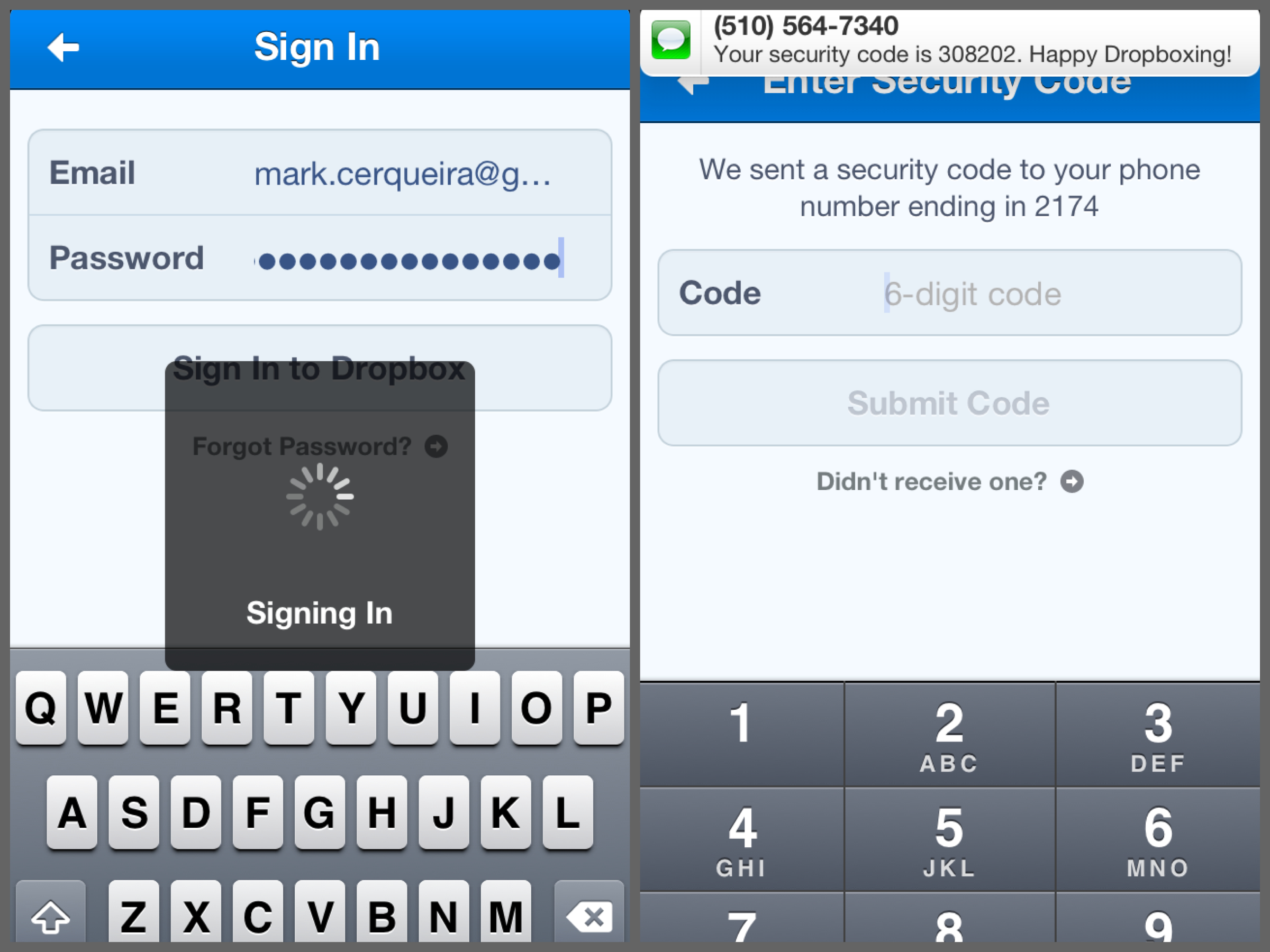 First, let’s look at how Facebook (version 6.3) and Dropbox (version 2.3) handle two-factor authentication on iOS. You start by entering your email and password. If those are correct, you’re past the first stage of authentication. You are informed that your phone will be sent a code (the second piece of authentication), and then you’re brought to a screen with a number pad. You receive a text message with the promised code and are able to input the code. After passing two methods of authentication, you’re in! 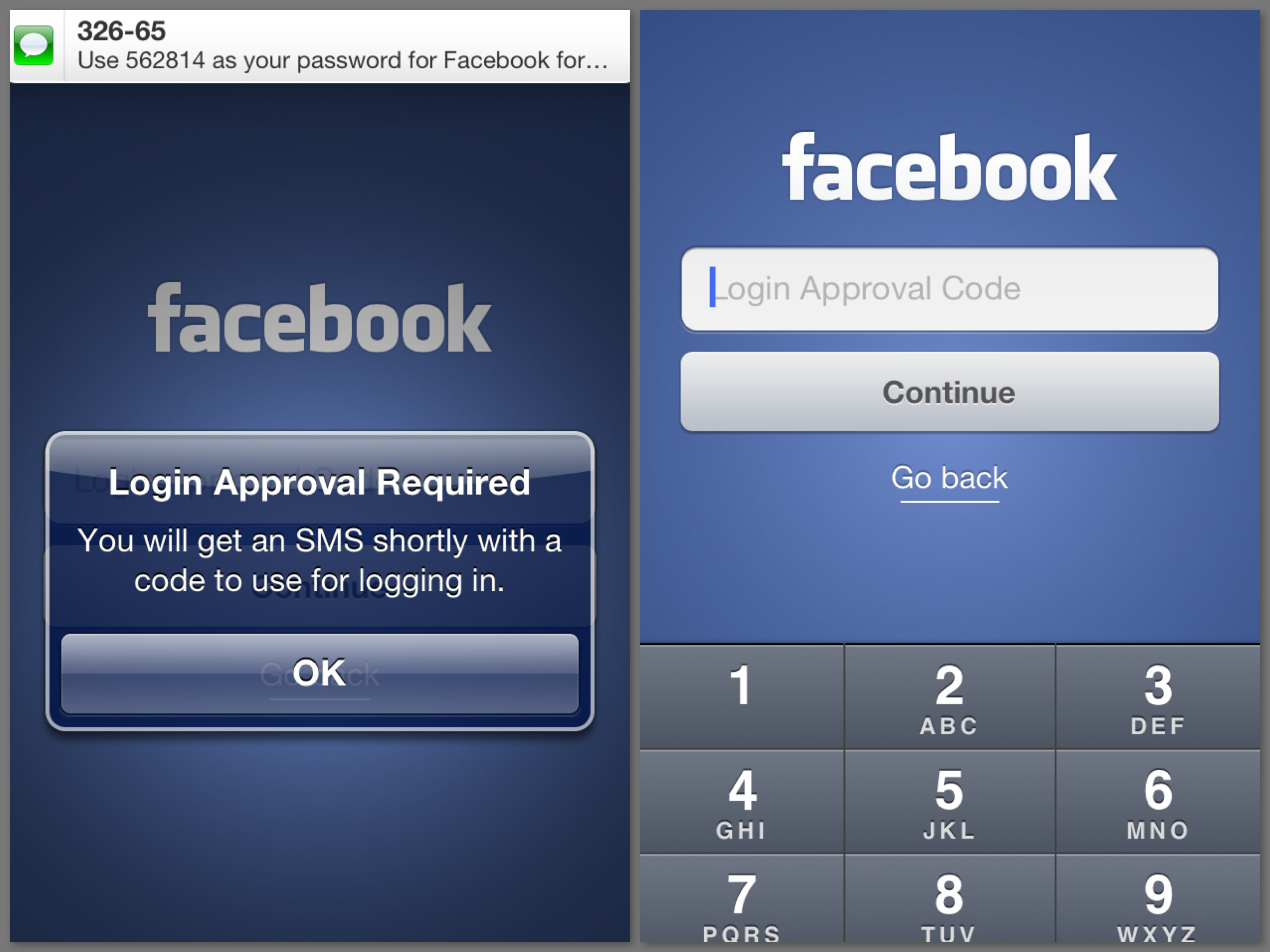 2-factor authentication on the Facebook iOS app. Note the inconsistency with which Facebook refers to the security code.

Now, let’s take a look at LinkedIn (version 6.1). Everything starts out similarly. You enter your email and password, and if those are correct, you proceed to the next step of authentication. It looks like this: 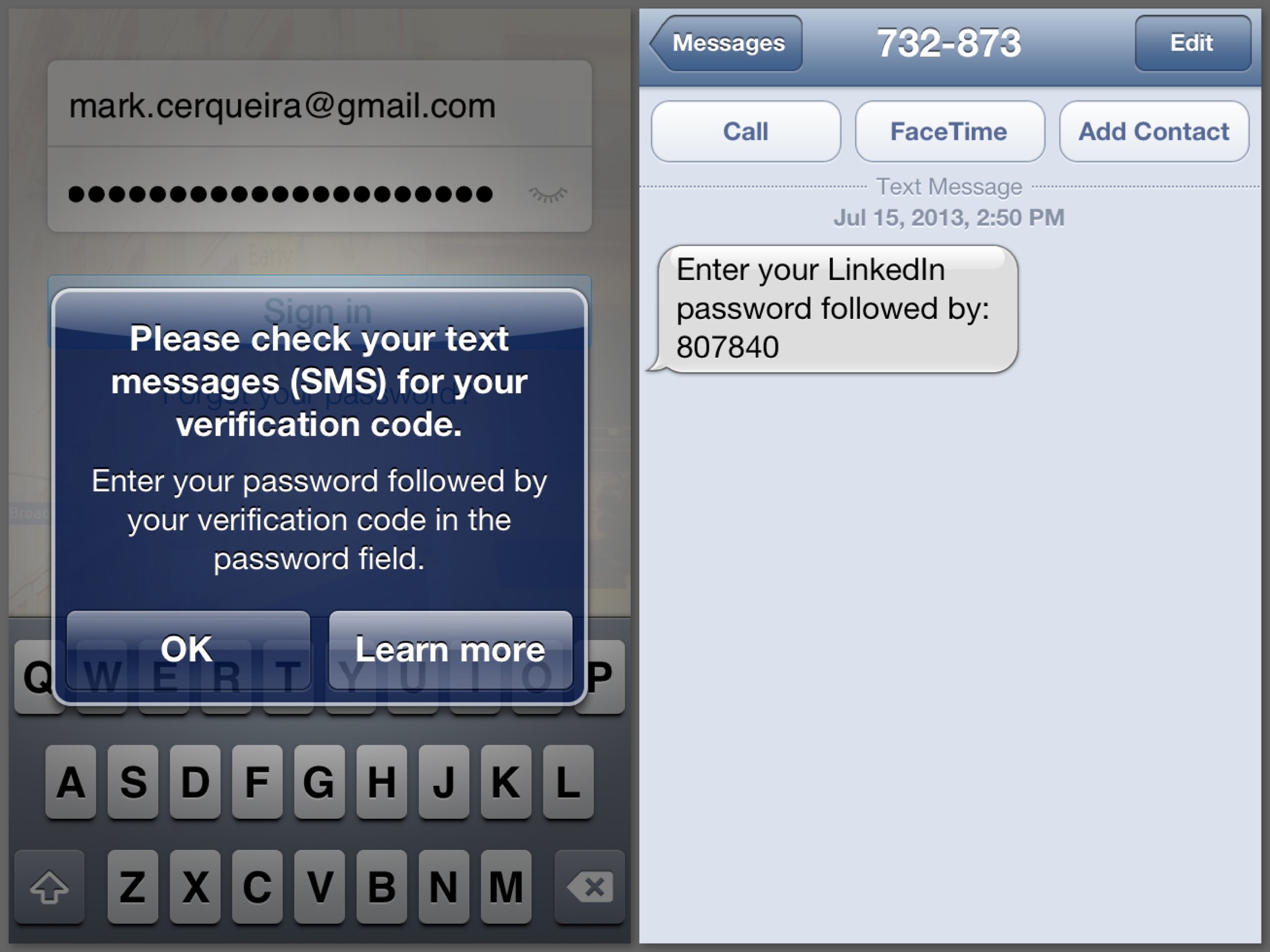 Why would they have me append my security code to my password – in the same field!? Their iOS team forgoes implementing a new screen, the server team picks up the slack and separates the security code from the password, and the user is left dumbfounded as to why LinkedIn took an entire year since their password leak to send two-factor authentication to an alternate realm of terrible user experiences.

Well, at least the instructions in the app and the text message are consistent; let’s just follow the instructions and be finished with this. I dismiss the UIAlertView by hitting the OK button, the text message comes in with the code, I switch to the numeric/symbol mode of the keyboard of which I will only use the numbers, and I carefully input the first number. Lo and behold, my password that was formerly there is gone! 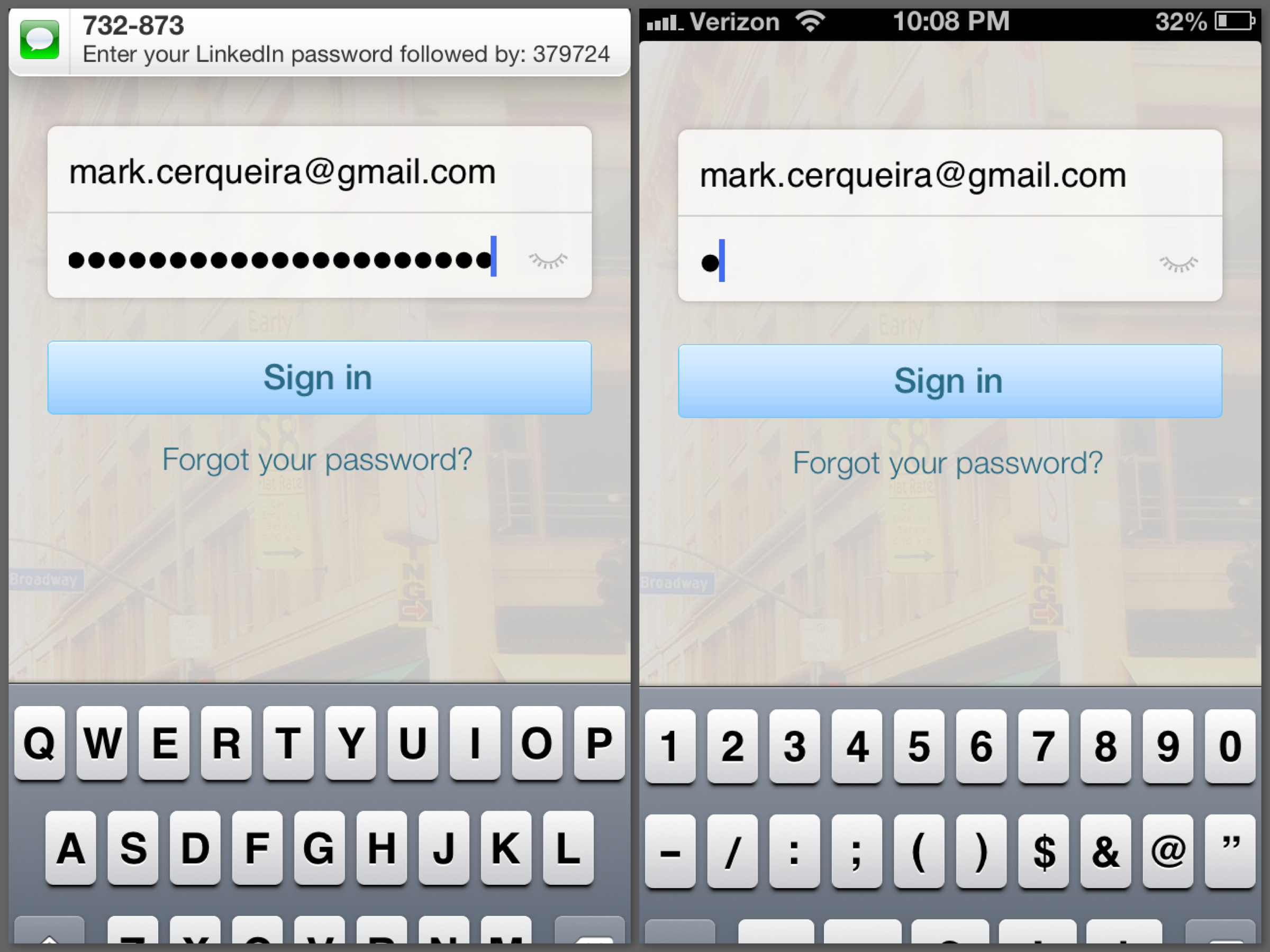 Just when you thought things couldn't get worse...

That’s right. When the text message says Enter your LinkedIn password followed by: 123456, whether by accident or design, it literally means type your password in AGAIN, but add these 6 digits to the end. Perhaps this is some new hybrid of 2-factor authentication – enter your password, and then enter your password again, but add a security code to the end. It’s silly. You don’t need to sacrifice convenience for added security. So for now, I’ll just assume this is a big joke on LinkedIn’s part… 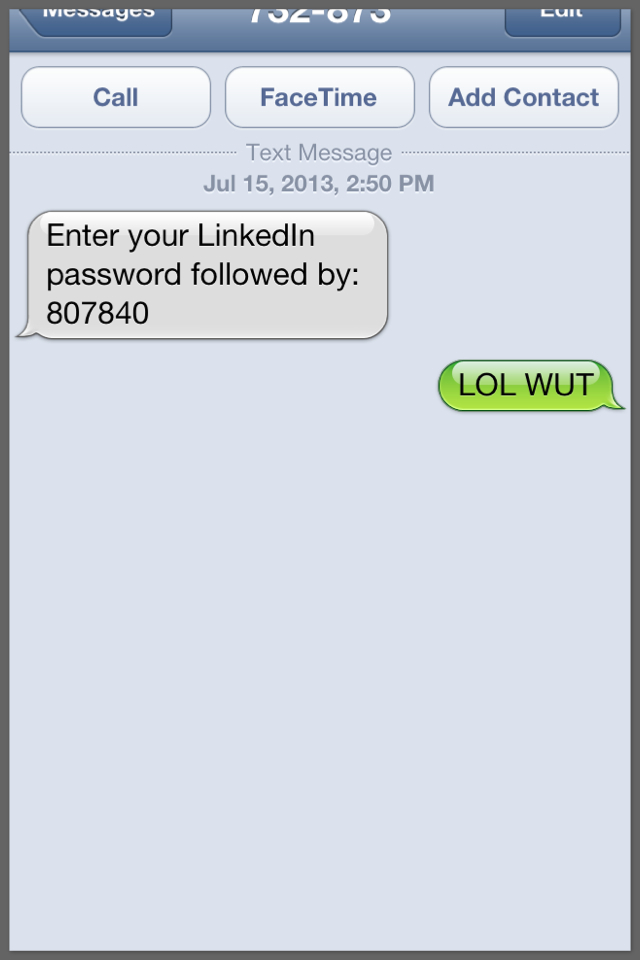