This past weekend I beat the fourteenth entry in the Final Fantasy series, A Realm Reborn. In recent years, the series has received a lot of flak, and the terrible initial release of Final Fantasy XIV only validated these claims. Yet, in their moment of darkness, it seems Square Enix assembled a team of developers who knew exactly what the Final Fantasy series needed. These developers pulled a Phoenix Down out of their bag and threw it on this game. What came back to life was a truly magical gaming experience. 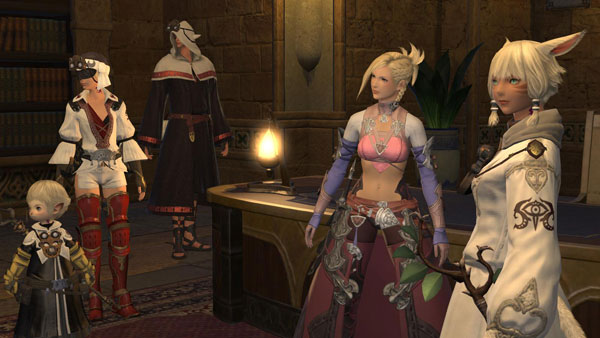 Join the club. Save the world.

Story - Some of you might be wondering, “How do you beat an MMORPG?” Like other games in the Final Fantasy games, story and character development play integral roles in this game. From level 1 to 50, there was a string of required story quests. The struggle against the supernatural primals and the evil Garlean empire was in the end pretty vanilla with a single, somewhat uninspiring twist along the way. While the story wasn’t as enthralling as the non-MMORPG entries in the series, the story did serve its purpose: it motivated me to continue playing. There are also several characters that you will journey with who enhance what would’ve otherwise been an average plot line. In short, the story didn’t make me shed nerd tears, but at times it did make me pretty pumped to kick some Garlean ass as we journeyed forward.

Dungeons - Required story missions also included dungeons and trials against tough bosses. I was initially a little worried about this because of my previous experience with dungeons in World of WarCraft. I avoided dungeons because it wasn’t required to progress in the game, and when I did try, I would be in a pick-up group that never seemed able to clear them. 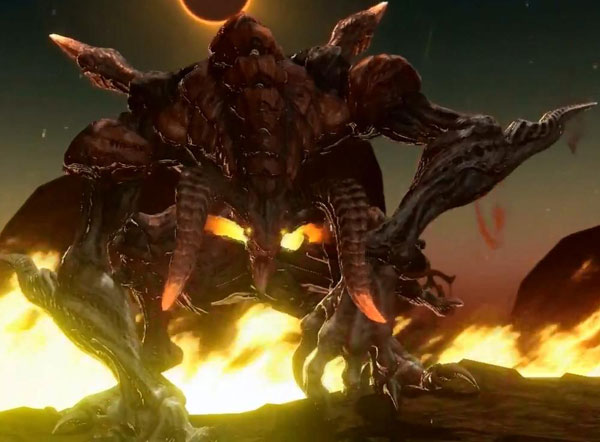 Ifrit's here, but he's not your friendly summon this time around.

At level 15, you are presented with your first instance dungeon. You are put into a group with three other people, and you face off against tough enemies and powerful bosses. By the time you’re level 20, you will have cleared three dungeons and a trial, which is like a dungeon but consists of only a single fight against an extremely powerful enemy. The dungeon content was difficult, but if everyone did their job and knew the attacks their enemies used, it was a pretty straightforward affair. Later on, the difficulty ramps up; dungeons get much more difficult and trials will feature superbosses that massacre you until you are able to figure out a winning strategy and coordinate your team to execute on that plan. 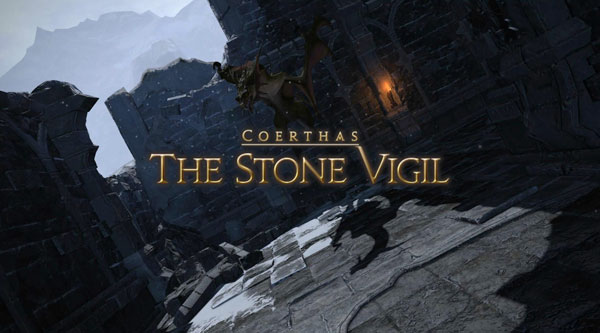 Stone Vigil — the first dungeon that was truly challenging.

The instance dungeons and trials are where I felt this game really shined. Even though MMORPGs compose a small part of the Final Fantasy entries, this game made the entire Final Fantasy experience seem more authentic. Instead of being in charge of a party and calling all the shots, you are put into a team with other adventurers, and put up against grueling challenges requiring coordination and teamwork. It was challenging, but it felt great to complete that dungeon, or beat that tough boss after several wipes. In the beginning, I dreaded the dungeons. By the end, I was RELISHING EVERY MINUTE.

Music - The music in this game deserves a shout out as I was highly impressed (read: moved to nerd tears) by several tracks. The dungeons and trials against the primals and Garleans were already epic in difficulty; they were only enhanced by the game’s sick soundtrack. I honestly lost count of how many times I saw “dat music” in the party chat. Above is Fallen Angel, the track played during the grueling battle against the third primal: Garuda. Below is Steel Reason, the track played during the penultimate dungeon.

Endgame Content - When I first decided to play FF XIV, I promised myself I would stop playing once I hit the endgame. Once I hit the level cap and completed the final story dungeon, I happily put the game down. If I were to continue to play, there would be plenty of things to do:

In short, there are plenty of ways I could sink hundreds more hours into Final Fantasy XIV, truuuust me – but for now I’ll just be a “casual player” and wait for the promised quarterly content patches before diving back into Eorzea. 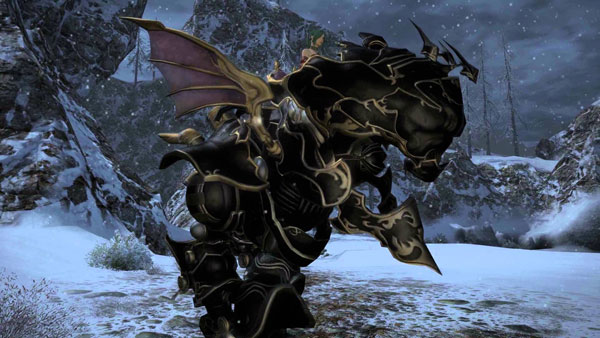 Your reward for completing the story!

Final Thoughts - Play this game if you’re a Final Fantasy fan, a fan of MMORPGs, or want an introduction to the MMORPG genre. I am no MMORPG afficionado, but my friends who are say this game is pretty approachable. The game is addicting, challenging, packed with content, and a pleasure to play. There are some quality-of-life issues with the game, but Square Enix seems to be responsive to community feedback. If you’re a Final Fantasy fan on the edge, consider that you get to ride and battle on a Magitek Chocobo mount in the final dungeon! And once you beat the game, you get to use that mount wherever you want – awesome sauce! If you do check this game out, create your character on the Faerie server and shoot me a message so we can play together!