Anime is a little known nerd interest of mine. However, I don’t have time to indulge in it as much as I’d like to. Fortunately, these things can be fixed! Over the past few months, I picked out 7 films/shows and took care of some much-needed business. Here are some quick reviews with watch or pass recommendations. 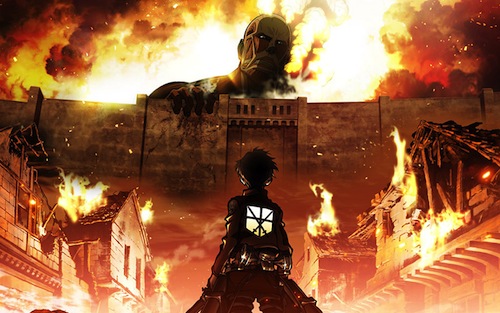 Attack on Titan is set in a medieval setting with one technological advancement: Vertical Maneuvering Equipment that allows humans to move around quickly by latching onto structures, and reeling themselves in. Large humanoid titans - that feed on humans - emerged 100 years ago, and humanity has retreated into a city surrounded by three very tall walls. Humanity’s struggle against the titans is depressing and gruesome; even when humans take a small victory, it is tainted with hopelessness. That said, it’s definitely worth watching if you can stomach lots of slaughter and bone-crushing. There’s another season coming, but I can’t wait so I’m going to read the manga. Verdict: Watch. 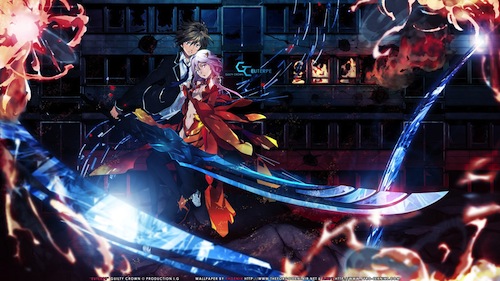 Guilty Crown is a Code Geass clone through and through: a boy meets a strange girl, gets a special power, joins an anti-government group, becomes a hero, then turns evil, and ends up redeeming himself at the end. But there were way too many loose ends at the end of the series. In the end, Code Geass just did everything better, so watch that instead of this. Verdict: Pass. 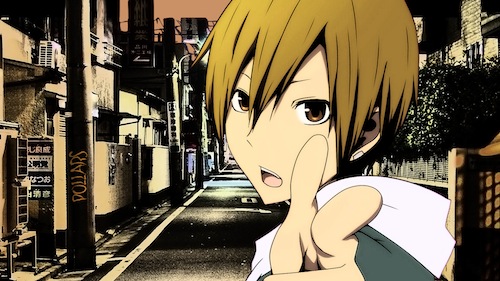 Durarara!! - It seems like it’s a slice-of-life show about a small-town kid moving to a big city. But then it adds a few twists when that city has a headless motorcyclist, demonic possessions, an anonymous Internet-based gang, and humans with supernatural strength. Durarara took a few episodes to pick up steam, but I really enjoyed the show. The plot features a pleasant mix of real-world and fantastical elements that never seemed forced. And while there is your usual protagonist, the show did a great job of exploring and developing the eclectic mix of characters. Verdict: Watch. 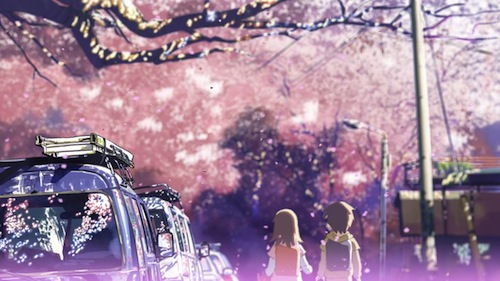 5 Centimeters per Second - An animated feature film that hit me right in the feels. Split into three acts, the film follows a boy named Takaki who grows close to a childhood friend - Akari - who eventually relocates to a different town. The film explores how people grow apart slowly over time, like cherry blossom petals that fall slowly away from each other at 5 centimeters per second. The story itself is troperiffic, but it’s the presentation of this film that really shines. This film is chock-filled with beautiful, awe-inspiring scenes backed by an incredible musical score. Clocking in at barely over an hour, it’s definitely worth checking out. Verdict: Watch. 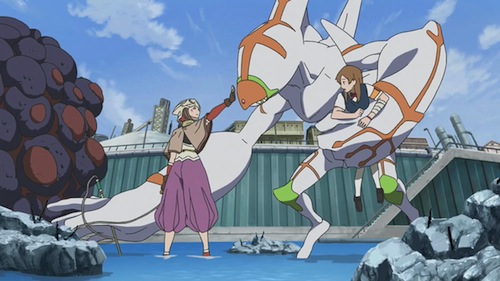 Xam’d: Lost Memories - A story about two warring countries, and a guy who gets some magical powers – who for some reason then proceeds to work on an airship delivering mail. Oh, and occasionally fighting baddies. Seriously, this anime confused me. From the get-go a lot of the characters and their motives were too difficult to grasp, so any development on said things produced little value. The mysterious powers bestowed upon the protagonist are also never fleshed out to my satisfaction. After completing the series I read up on it and the consensus was that Xam’d was good, but not for everyone. I guess I’m one of those that it isn’t for. Verdict: Pass. 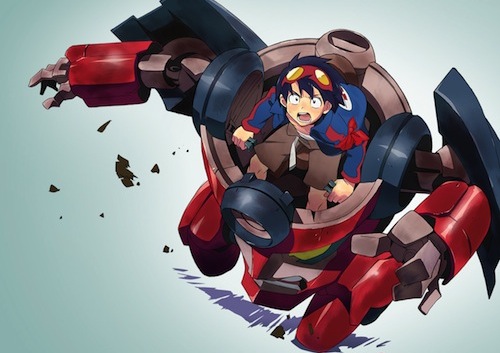 Tengen Toppa Gurren Lagann - What starts out as two teenagers escaping their underground village to see the surface world ends up becoming a fight of universal proportions. This show felt like Dragon Ball Z with mechs. Although much shorter in length (27 episodes), whenever there was an insurmountable challenge, you could count on lots of yelling, new power-ups, and fusions. The show is also filled with strong, unique personalities that make even the slower segments enjoyable to watch. A lot of my friends recommended I watch this and I finally got around to it; you should too! Verdict: Watch. 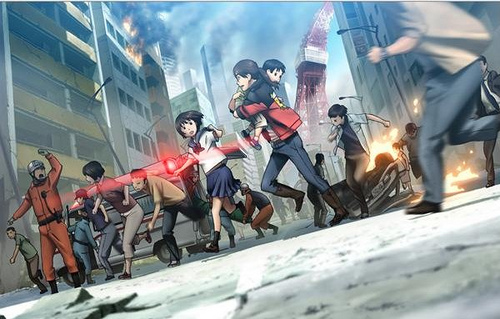 Tokyo Magnitude 8.0 - The story of two young siblings, Mirai and Yuki, who meet a single mother, Mari, after a magnitude 8.0 earthquake hits Tokyo. The three trudge through the now-destroyed city trying to make their way home safely. Simultaneously a dramatic, sad, heart-warming story that you should watch with a box of tissues near. Verdict: Watch.