Let's Not Talk About How Awesome PS Plus Is 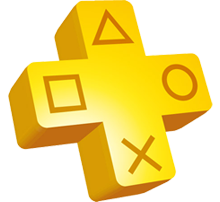 I recently read a head-to-head review of the Xbox One and PS4 in the Personal Tech section of the NY Times.1 The review pegs the PS4 as the better of the two consoles, but questions if powerful home consoles are even relevant anymore. That flame-war-inspiring question aside, I find the most interesting thing about the review is something that has been repeatedly glossed over by a lot of people (even Sony): how awesome PlayStation Plus is.

"[On the Xbox One, to] access streaming media, apps or even the channel guide, you must pay for a $60-per-year Xbox Live Gold account, on top of your Netflix, Hulu Plus, Amazon Prime or any other service subscription fee."

To many people’s disappointment, the PS4 is not 100% free like its predecessor. While you won’t need to pay for access to streaming services on the PS4, you will need to have PlayStation Plus (the equivalent of Xbox Live Gold) if you want to play online multiplayer:

"And unlike the Xbox, [on the PS4] access to streaming services is free. You do need a $50-per-year PlayStation Plus account if you want to play online with other gamers."

A lot of people say “Sony went the route of Microsoft when it came to online access for the PS4,” but that isn’t quite right. Because there is one AWESOME thing about PS Plus that doesn’t get talked about enough: the Instant Game Collection (IGC). The IGC is a collection of FREE downloadable games for the PS3, PS4, and Vita. Games are added every month, and some are rotated out, but games you claim can be downloaded so long as you remain a PS Plus member. Yes, it sucks that you need to pay to get access to online multiplayer. But would you feel better if you had access to a ton of free games? It makes me feel REAL good.

These aren’t crappy games either – the current IGC includes heavy hitters like Bioshock Infinite, Borderlands 2, Uncharted 3, and Resogun. Even if you don’t have a PS4 (like me), PS Plus seems like a no-brainer. In just its first year, PS Plus gave free access to games valued at over $1,800!2 PS Plus members get discounts on games too.

So yes – you do need to pay $50 to access online multiplayer, but you’re going to also get access to a ton of awesome games as well. So when I see people talking about PS Plus and just ignoring this treasure trove, a piece of me dies. For frugal gamers or people who are just curious about certain games, PS Plus is a ridiculous value proposition. If you keep your eyes peeled around Black Friday, you can even buy a year’s worth of PS Plus for only $30. Call the cops because I feel like I’m robbing someone blind!