I finished playing Bravely Default earlier this week. I’ll write a longer post about it but here’s the tl;dr – it’s an amazing game. Up next on my playlist includes Tales of Symphonia Chronicles, MGS 5, and Final Fantasy X HD – all still unreleased. With a “free” weekend, I took the time to check out various titles I’ve been thinking about playing. Here’s a whirlwind tour of the games I checked out this weekend as a valiant Weekend Video Game Warrior. 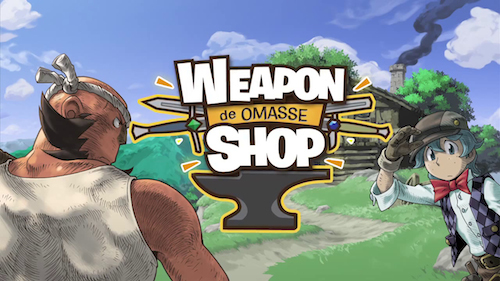 Weapon Shop de Omasse (3DS) - A very humorous and lighthearted twist on the JRPG genre. In this game, the Evil Lord is returning and brave adventurers are setting out to take him down. But you’re not going anywhere because you need to run a weapon shop in Starting City. You rent weapons to your patrons, which forces you to care about whether they survive their quests. You’ll spend most of your time forging weapons (rhythm game) and polishing weapons (rubbing the screen until the weapon is shiny). There is plenty of self-deprecating humor, both when you meet NPCs and heroes who visit your shop and via the Twitter-esque live feed called the Grindcast. I’m very glad Level 5 finally got around to releasing the last piece of the Guild01 series in the US because its a fun, quirky, and addictive experience. 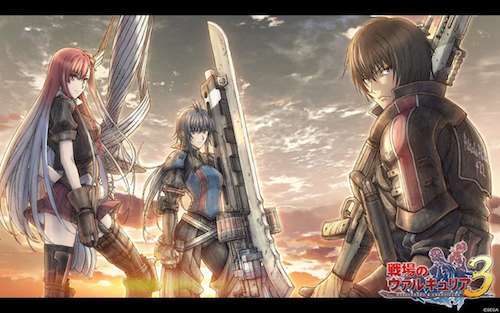 Valkyria Chronicles 3 (PSP) - This game was never actually released (and never will be) in the US because Sega sucks. But a bunch of enterprising fans created a fan translation for this game. Valkyria Chronicles is one of my favorite games on the PS3. Valkyria Chronicles 2 (VC2) on the PSP was good too. Like its predecessor, Valkyria Chronicles 3 (VC3) is more of the same, but that’s not a bad thing at all. Chronologically, VC3 takes place during the same time as the original. Instead of being part of the regular army, this time you are part of a penal military squad that is given the most dangerous missions. Like previous entries, battles are grand and some are quite challenging. To everyone at the Valkyria Chronicles 3 Translation Project, thank you for letting English-speakers play this gem! 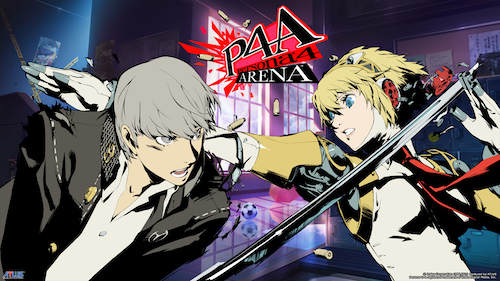 Persona 4 Arena (PS3) - Persona 5 is scheduled for a 2014 Winter release on the PS3 in Japan. I’m hoping for a worldwide release, but I’m unsure that will happen. After having such a great time playing Persona 4 Golden (Vita), I’m craving more and more Persona. Instead of diving into Persona 3 which could easily become a 100+ hour investment, I decided to revisit Inaba in the form of a fighting game: Persona 4 Arena (P4A). A collaboration between the team behind Persona (Atlus) and the team behind Guilty Gear and BlazBlue (Arc System Works), P4A delivers a story-driven sequel to Persona 4 with arcade-style fights mixed throughout. I don’t like fighting games much, so I’m planning to watch a Let’s Play series of it so I can get the story and skip the fighting. 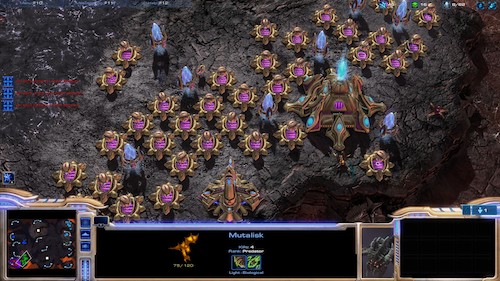 StarCraft 2 (Mac/PC) - StarCraft 2 has become part of my daily routine that I oftentimes forget I’m playing a video game. Dubbed “The One True Game” by Ge Wang, I can never get enough StarCraft. I’m not “intense” enough to play 1v1, so unless I’m playing the campaign, I’m always playing with friends. StarCraft is the game that never gets boring; each game is unique and with three different races, the match-ups, possibilities, and outcomes are endless. If you haven’t played StarCraft yet, the Starter Edition lets you play all Arcade games for free. It’s worth checking out! GG! 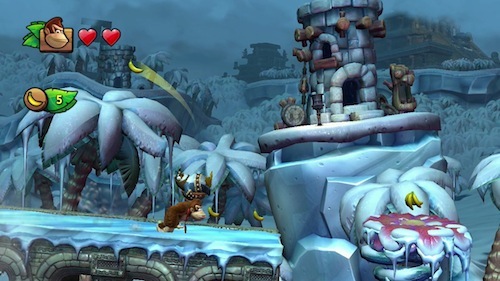 Donkey Kong Country: Tropical Freeze (Wii U) - Man, I really want to like this game. It’s ridiculously beautiful and the original Donkey Kong Country games on the SNES are some of my all-time favorite games. But, like Donkey Kong Country Returns (Wii, 3DS), I find the controls are too sluggish and complicated. To me, the game is challenging because the controls are hard to grasp, not because the game is inherently challenging. Perhaps the Wii U GamePad is the issue, so I’ll try again with the older-school Pro Controller. Honestly, I think expecting the tight handling from the original SNES games might have been my undoing. 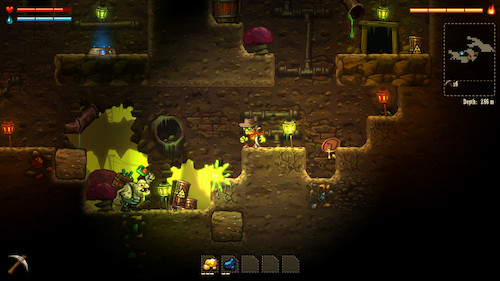 SteamWorld Dig (3DS) - Sometimes the craziest ideas make the best games. In SteamWorld Dig, you are a robot that inherits a mine from your uncle. You arrive at the mine and from there you dig, dig, dig, and dig some more. As you carve into the mine, you’ll find puzzles to solve and minerals to sell, which lets you upgrade yourself (the perk of being a robot). The controls are super tight (especially welcome after my disappointing experience with Donkey Kong Country), and the game ropes you into an addictive loop of explore, gather, and upgrade. I think I’ll stop writing here, so I can get back to digging!