In July of 2013, some friends and I went on a BBQ Pork Bun crawl in SF. It was great because I was able to indulge my addiction to pork buns while at the same time offering reviews of several pork bun establishments – for the public good, of course. Very recently, I have discovered the frozen foods section at a local Chinese grocery store, which stocks a ton of frozen pork buns. I grabbed every package of bun, took them home, and stuffed them in my freezer. Instead of crawling the foggy city, I crawled my freezer in search of the best pork buns in the bunch. Off we go!

The contenders enter the arena!

Eight different types (7 steamed, 1 baked) of pork buns were purchased from Marina Foods in San Mateo. Between all the buns, two companies were represented: Myriad Foods (2 buns) and Prime Foods (6 buns). Each bun was judged on a scale of 1 (bad) to 3 (great) in two different categories: taste of the meat, and taste of the bread. Note that personal preference plays a large role when it comes to judging a pork bun because there is no single ideal way to make a pork bun. For example, some people prefer their meat sweeter, while others enjoy their buns more savory. We both tasted each of the eight buns and talked through our feelings, arriving at the following results:

The results can generally fall into three groups: buns we enjoyed (green), buns we won’t be buying again (red), and the buns in between – good, but not great (black). Even though the bread isn’t anything to brag about, the Prime Food Steam Buns with Roasted Pork Buns were my favorites because of the sweet-flavored meat inside. Only one bun got a perfect score: the Prime Food Steam Roasted Pork Bun with Oyster Flavor Sauce. Even though the meat inside is savory, it’s still a good bun. The three buns that got tagged in red contained meat that tasted totally off – I mean, was it even meat?! Don’t want to know. That said, they still might be right up your alley given how different people’s tastes are when it comes to pork buns. The three buns in black just aren’t good enough to take up the valuable real estate in my freezer. 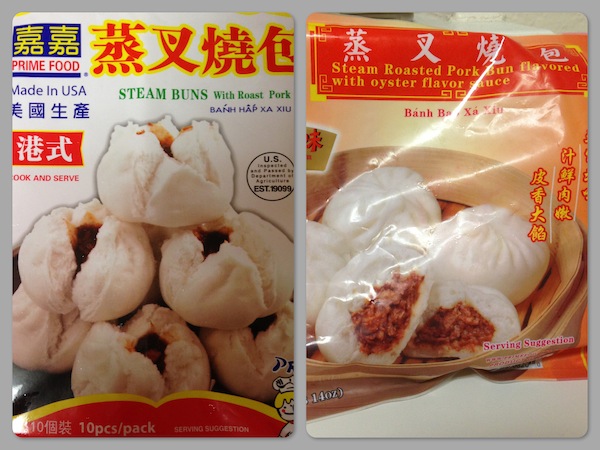 I’m glad (and scared) that I have such easy access to a wonderful selection of pork buns in my freezer. They may not be fresh out of the oven, but there are some pretty great buns to be had without ever having to leave the comfort of your home. It’s true when they say, “Home is where the delicious pork buns are.” 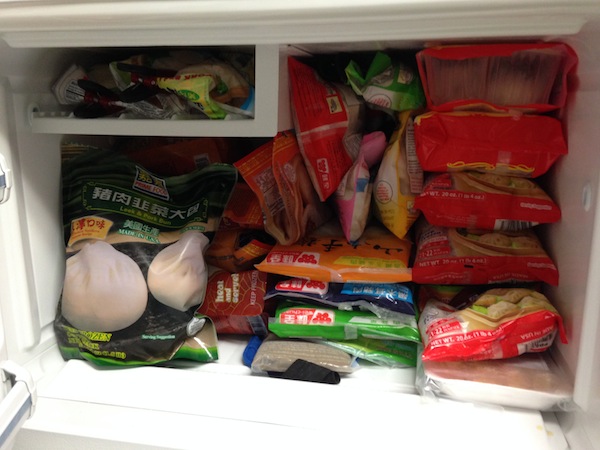