My quest to sample the entire frozen foods section of the Chinese super market continues. I picked up two bags of Shanghai Soup Dumplings (xiaolongbao) the other day. On the left is Mini Soupy Buns by Prime Food, and on the right is Pork Mini Buns (Crab Meat Added) by Wei-Chuan. What happens next NEEDS to be shared. 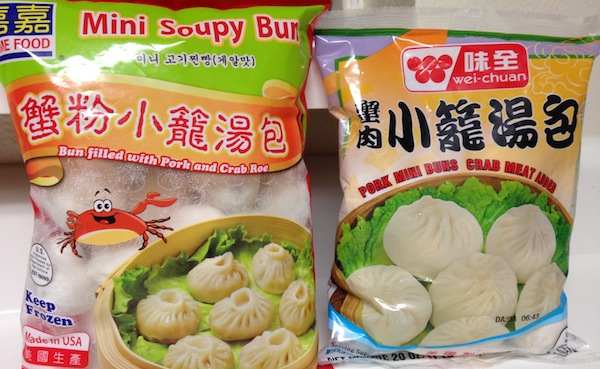 Two dumplings vie for a special place in my heart...

Into the steamer they go! So far, they look pretty much the same. 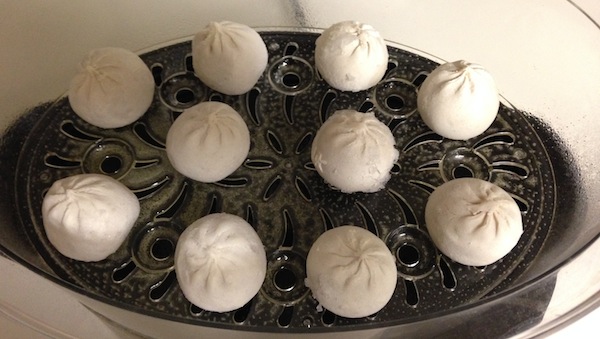 Twenty minutes later, I have some steamed dumplings waiting for me. The Prime Food dumplings look a biter paler than the Wei-Chuan ones, but if they both taste great, I won’t complain. 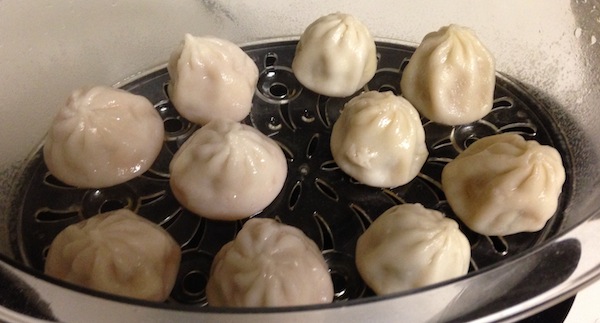 But they don’t taste the same. The Prime Food dumplings are TERRIBLE. So terrible, I spat out my first bite and dropped the rest into the trash. The meat tasted over-processed and the dumpling skin was… gooey. On the other hand, the Wei-Chuan dumplings were GREAT – so great that I still can’t believe they came from a bag out of my freezer. These bad boys are packed with delicious meat and broth. Who would’ve thought these two would be so different? 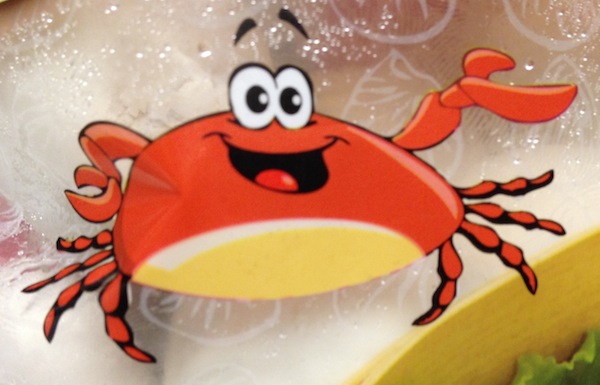 To the little crab guy on the Prime Food bag that looks really happy, screw you for being such a DECEIVER. There isn’t ANY happiness in this bag.