Indiegogo recently updated the design of their webpage. As with any change, people have opinions and I’ve got some myself. 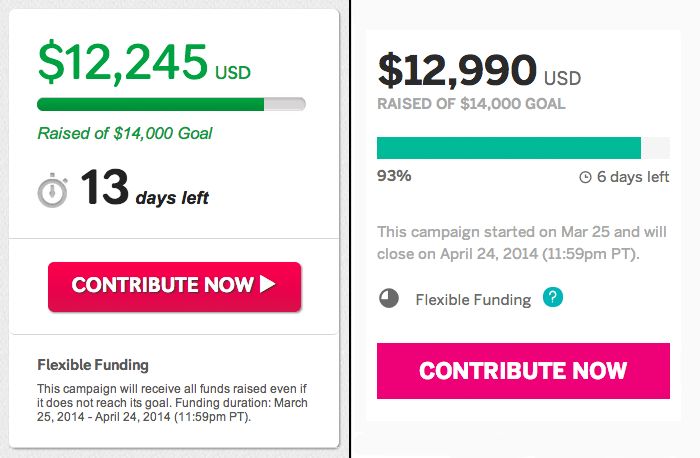 The old (left) and new (right) design of the contribute panel.

Full disclosure: I am not a designer, and do not purport myself to be one. But I do have feelings about this design that may or may not be grounded in sound design principles. To be safe, just consider me a guy with an opinion (dangerous) and enough time to put said opinions on the Internet (extremely dangerous).

Flexible funding and funding duration separated in the new design.

Thin and blending into the background is in style.

The new design brings all the text together.

These days, all the COOL buttons are FLAT.

So there we have it. Frightened readers (or lovers of flat buttons and hard-to-read text) should be comforted by the fact that I’m only a software developer and not a designer!