A few weeks ago, I wrote a post pointing out (i.e. complaining about) how iOS 7 broke the keyboard’s shift key. A coworker pointed out that the shift key really didn’t break in iOS 7 (released September 2013), but rather in iOS 7.1 (released March 2014). Android aside, I think iOS 6 still has the best shift key, but iOS 7.0’s shift key at least makes some sense. Here is a more complete picture depicting the shift key’s deterioration. 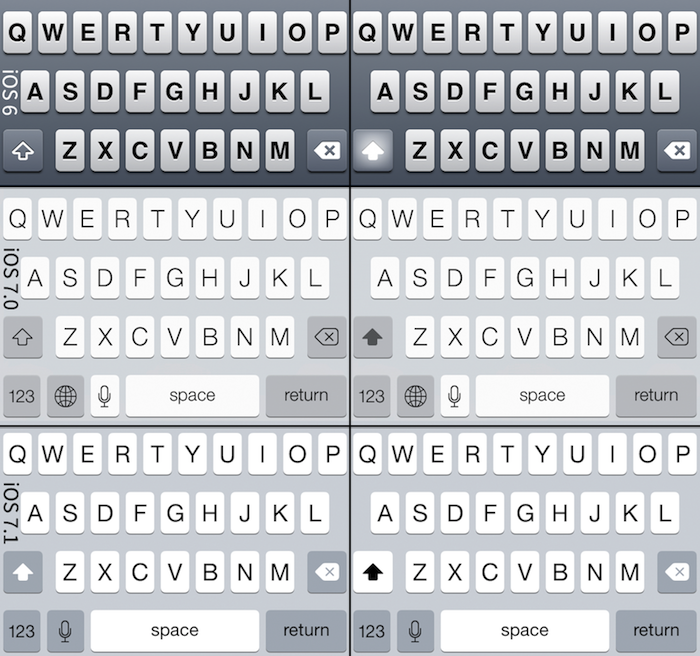 The descent into madness...

I can’t wait to see how much “better” they make the shift key in iOS 8!