I Wanna Know What Your Name Is

I like to personalize my compliments on Yelp, but I don’t overdo it. I’ll take some base like “Have a great week” and just add the person’s name to it. I think referring to someone by their name is an easy way to add a little personal touch.

But when I hit the Compliment button on my iOS or Android device, I run into a little snag. 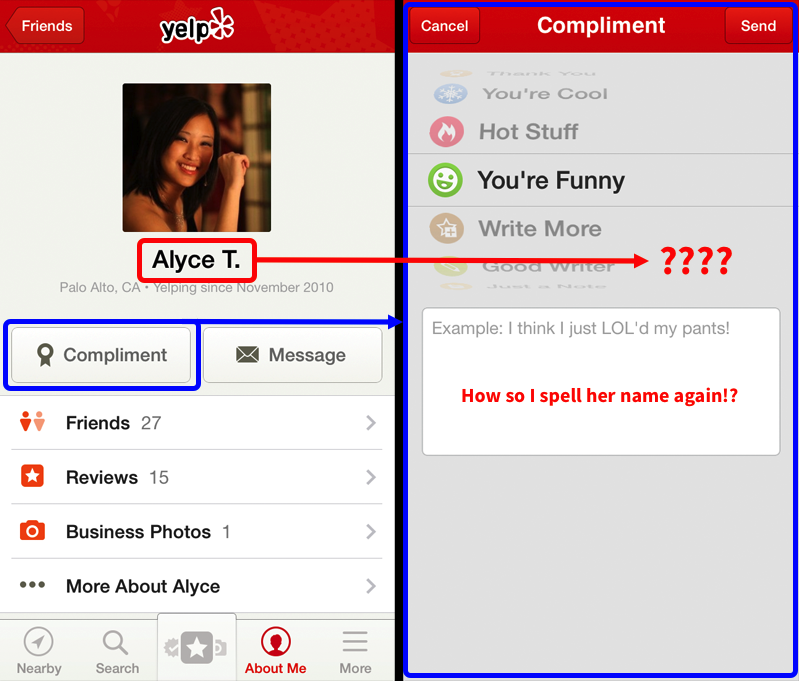 How do I spell my girlfriend's name again?

Crap! I don’t remember the person’s name or how to spell it properly! And it’s no where on this compliment screen. This is especially common during a “Compliment Blitzkrieg” where I send a bunch of compliments at once and names are flying around everywhere.

Yes. I could just go back, commit it to memory, and go back, but there is plenty of space on the compliment screen so it’d be nice if the person’s name was included. Here’s a mock-up (keyboard included!) of what it could look like: 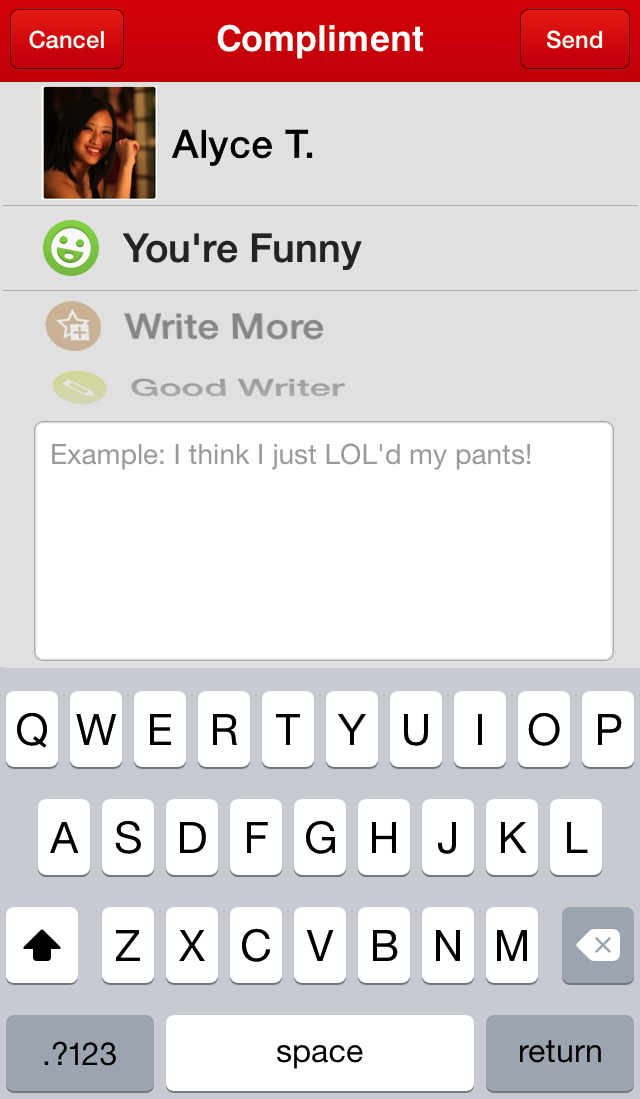 Huzzah! That's how I spell her name!

Yelp – you could be sparing tons of relationships (from casual to intimate) from incredible awkwardness here!