A few days ago, I dragged three different versions of GoToMeeting from my Applications folder to the trash. A few days later, I found myself deleting the same three copies of GoToMeeting again. How did GoToMeeting reinstall itself? A few tweets to the helpful person behind @GoToMeeting confirmed my worst fears… 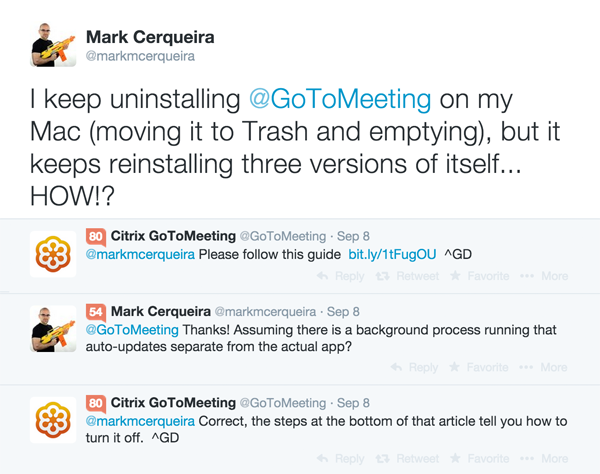 GoToMeeting runs a background agent that exists outside the app bundle and automatically updates itself. Turns out, it will also reinstall the app and it will even install three different versions of itself! How annoyingly convenient!

Fortunately, cleaning up GoToMeeting permanently isn’t too difficult. It just requires killing a launch agent configuration file, but if you want to be thorough you can wipe the entire folder that contains the background updater. To the command-line!