Do I Need a New Computer?

Instead of assuming you do and spending a ton of money, ask yourself these three questions first: 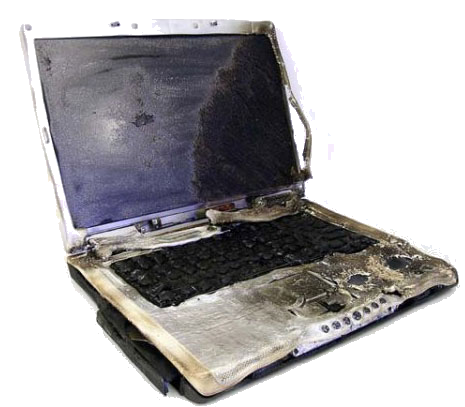 If your laptop looks like this, you probably should get a new one.

Most people’s computers are just fine. But if your computer is damaged to the point where it won’t even power on or the display is not functional, you probably need a new computer. But if the chief complaint is how slow it is, you can usually alleviate that – at a fraction of the cost of a new computer – by exploring the second and third questions.

tl;dr - if your computer is slow and you don’t have an SSD and have not maxed out RAM, consider upgrading those before purchasing a new computer!

An SSD is the single best upgrade you can get for your computer. Most computers you buy come with a traditional rotational hard drive (HDD). These drives work by writing and reading data, with a mechanical arm, on platters. These operations require spinning the platters and moving the arm around. Think of it like an old-school record player. 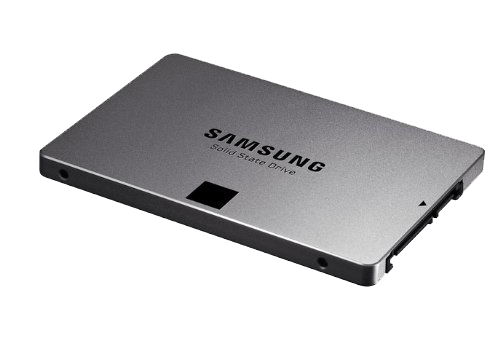 The Samsung 840 EVO is pretty well-regarded.

HDDs are slow and are usually the bottleneck in your computer: every other component is simply faster. By upgrading to an SSD, you’ll get a snappier system: the laptop will boot faster, applications will open faster, and your life in general will improve. This is because the write and read speeds of an SSD are significantly higher compared to an HDD.

Is it worth it? Yes it is!!! Consider all these things:

To summarize (hyperbole incoming): With an SSD, you will go from waiting on your computer, to having your computer wait on you! Check out this in-depth article on SSDs vs. HDDs by Storage Review if you’d like to know more.

Up next is RAM. When you open programs, they are loaded into RAM. If you open a lot of apps (or have very little RAM), your computer needs to move stuff out of RAM to make room for the new app. It does this by copying data from RAM to your HDD (or SSD). If you start using the app that was moved out, the computer swaps something else out and brings that app back into RAM. This swapping in and out is slow, especially if you have an old-school HDD. 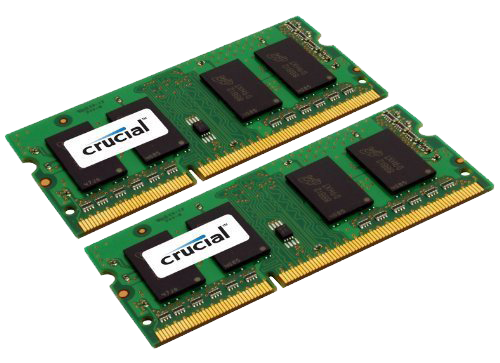 Upgrading to an SSD makes the swapping process faster, but not having to do the swapping in the first place is the best way to go. These days, 4 GB of memory is recommended, but you can’t go wrong with 8 GB or even 16 GB if you’re doing a lot of multi-tasking. Look up how to measure “page ins” and “page outs” in your particular operating system. Page in and page outs are the formal name for the swapping process. A ton of page ins are okay, but if you have a comparable amount of page outs you could probably benefit from more RAM.

On a Mac, open Activity Monitor to compare your page ins vs. page outs.
If your page outs are significantly lower than your page ins, you're in good shape!

There are a ton of different types of RAM and the price ranges vary somewhat. On average, you’ll pay about $10 per gigabyte of RAM, so 8 GB of RAM will cost about $80.

Counterpoint – When You Can’t or Shouldn’t Upgrade

Now, this advice isn’t all-encompassing as some laptops don’t have user-upgradeable hard drives or RAM. For example, the newest line of Macbook Pros do not have user-upgradeable RAM. On the other hand, while the SSDs are not your standard 2.5-inch drives, they can be upgraded. Transcend makes JetDrive SSDs for these Apple machines that require quirky SSDs and the upgrade process is very straightforward.

If you can't upgrade your Mac to Snow Leopard (10.6), you can't install Google Chrome!

Also, if your computer is ten years old, it probably isn’t worth upgrading. All the technology (beyond the HDD/SSD and RAM) in your machine is outdated. For example, older 32-bit CPUs cannot address more than 4 GB of RAM so you can’t upgrade beyond that. Also, you may be unable to upgrade your OS, and software manufactures may stop supporting your older OS. For example, Google Chrome for Mac requires Mac OS Snow Leopard. Snow Leopard requires an Intel CPU. If you have an older Mac that doesn’t have an Intel CPU, you can’t install Google Chrome. In cases like this, you shouldn’t invest in an SSD or more RAM.

Also, the types of HDD/SDD and RAM that are compatible with your machine may be so old, that manufacturers don’t produce as much (or any) of that item. Older versions of RAM, like DDR2, are actually more expensive than the newer DDR3 because DDR2 is no longer manufactured at a high rate (if at all).

You should be able to get 4-6 years out of most computers. These upgrades can make this period of time a happy reality. If you’re feeling the crunch and are thinking about upgrading to an SSD and more RAM, consider that a 250 GB SSD and 8 GB of RAM will run you around $200, which is a lot cheaper than any new (and decent) computer! I’ve helped friends and family members with these upgrades. They are always amazed at the breath of new (and speedy) life given to what they thought was an “almost dead” computer. If you’re buying a computer that cannot be upgraded, it’s important to make sure you are leaving enough of a cushion so your computer lasts into the future: for example, buying more RAM than you think you might need right now.

If you’re curious but have no idea what to do next, or want some personally-tailored advice, just let me know!

P.S. Since we’re talking about computers so much, remember to back it up!

NOTE: Every situation is unique, and these suggestions might not apply to you specifically. Ask me or a professional if you aren’t sure! Also, I refer to laptops and computers interchangeably. This post focuses more on laptops; on a PC you can upgrade even more things that weren't discussed here.