tl;dr - If you keep your iTunes library in Dropbox, it’s all sunshine and rainbows until you realize Dropbox is syncing iTunes Library.itl and iTunes Library.xml after EVERY song play or skip.

Putting your iTunes library in Dropbox sounds like a great idea. And for the most part it is. You get your iTunes library on every computer you sync with Dropbox. You add music on one computer, and you get it on the others. Generally, it’s convenient and easy. 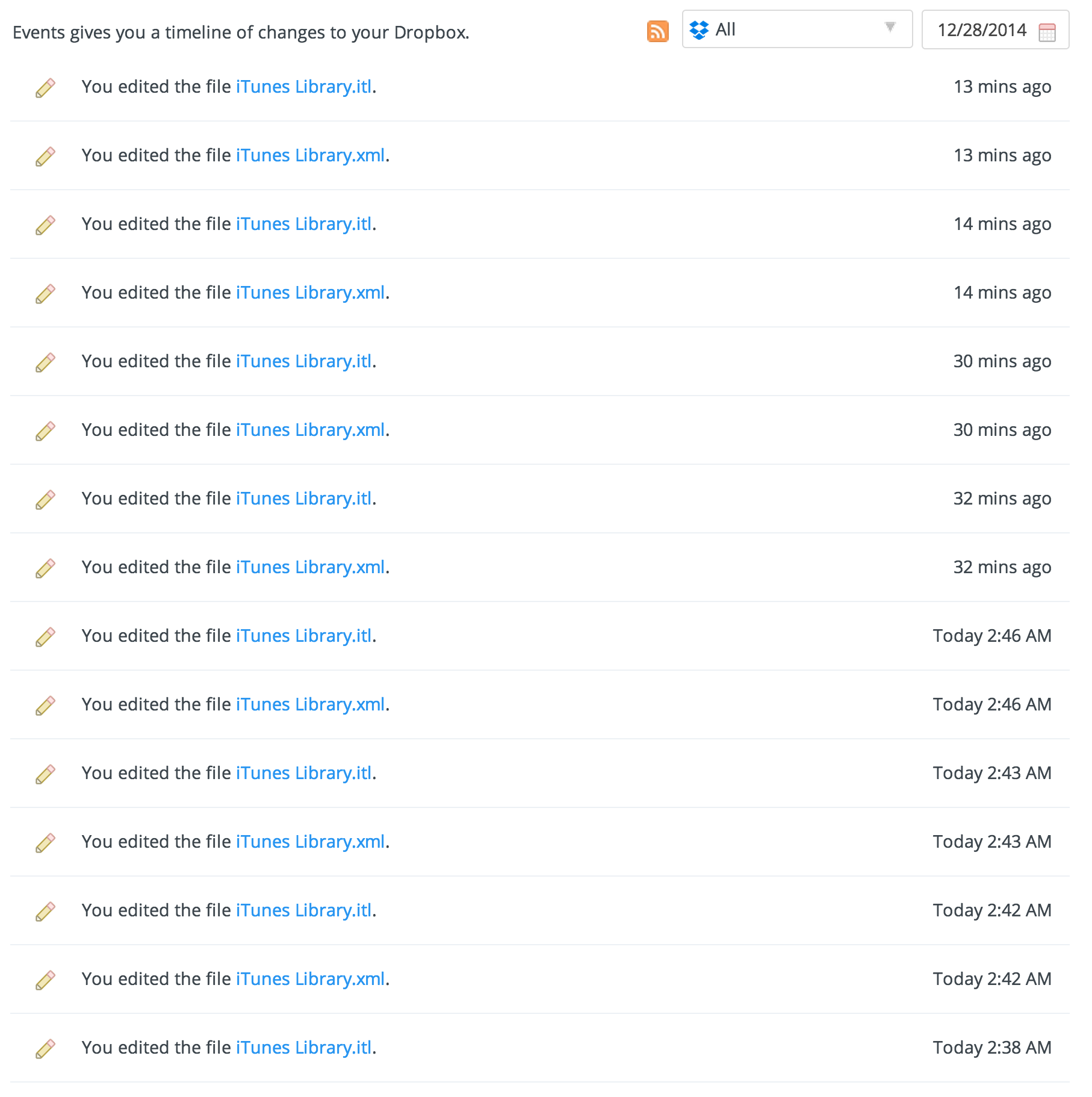 My iTunes Library (~18,000 songs) itl and xml files are 5.1 MB and 28.3 MB respectively. Let’s say the average song is 4 minutes long. If you are listening to my iTunes library for an hour (15 songs), that’s 500 MB worth of file changes that are synced to Dropbox in one hour! We’re easily talking gigabytes of bandwidth consumed daily if you listen for more than a couple of hours. It’s pretty ridiculous.

It’s not a huge deal yet. But still, with bandwidth caps looming in the future, it’s something worth thinking about. So, can we make iTunes in Dropbox less bandwidth hungry?

Now that the XML file is no longer synced, syncs are 85% leaner! But we could do better… if we worked at Apple and could make important engineering decisions. We know a few things:

So let’s use an entry in our iTunes Library.xml file to get an idea of what an entry in the itl file would look like. Here’s a song entry:

Most of this data doesn’t need to be updated frequently. In fact, only 5 of the 31 values above (Play Count, Play Date, Play Date UTC, Skip Count, Skip Date) would trigger the file changes after playing or skipping a song.

iTunes could break these “volatile” fields into a separate file and use the track ID if it ever needed to match data between the two files. This iTunes Volatile Library.itl file would sync at the current frequency during playback (but it would be smaller in size), while the file containing the other metadata would change and sync less frequently. If keeping this data 100% accurate across your computers isn’t very important, you could even ignore this file using the Dropbox ignore-file-hack. 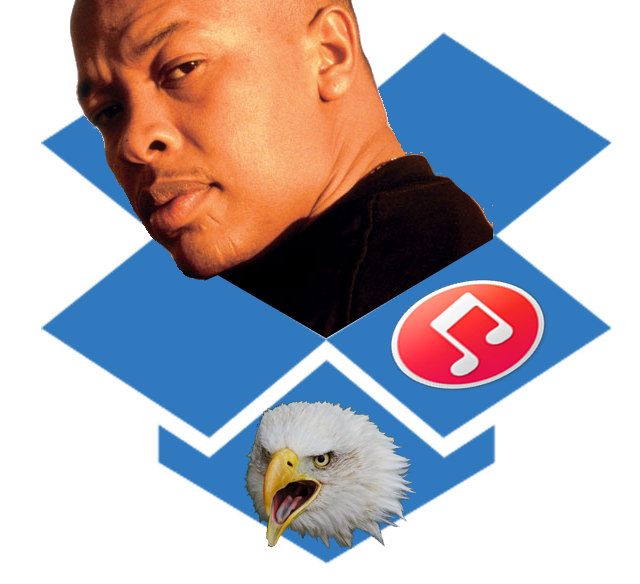 Dr. Dre - can you makes iTunes the leanest and illest it can be?

There are other solutions like storing volatile data in iCloud and tying that to your Apple account. Also, if the XML file was still used to manage your library (instead of the obfuscated binary itl file format), you could even store your iTunes Library in git and push and pull changes to the XML file across different computers. How wonderful it would be to resolve a merge conflict in iTunes Library.xml? Dear God – did I play that song 4 times or 6 times!?