Getting Google Play on Genymotion

I’ve got a project in the works that requires running an Android app – Final Fantasy Record Keeper (FFRK) – on my computer. BlueStacks lets you install apps from the Play Store easily but BlueStacks also kind of sucks – especially the Mac (beta) version.

Genymotion has been a reliable and flexible Android emulator, but unfortunately it does not come with Google Play services out of the box, so installing applications from the Play Store is not possible. But with a little bit of work, you can power up your Genymotion emulator! These steps are largely adapted from these instructions posted on the XDA-Developers, and feature some additional information regarding steps that tripped me up. 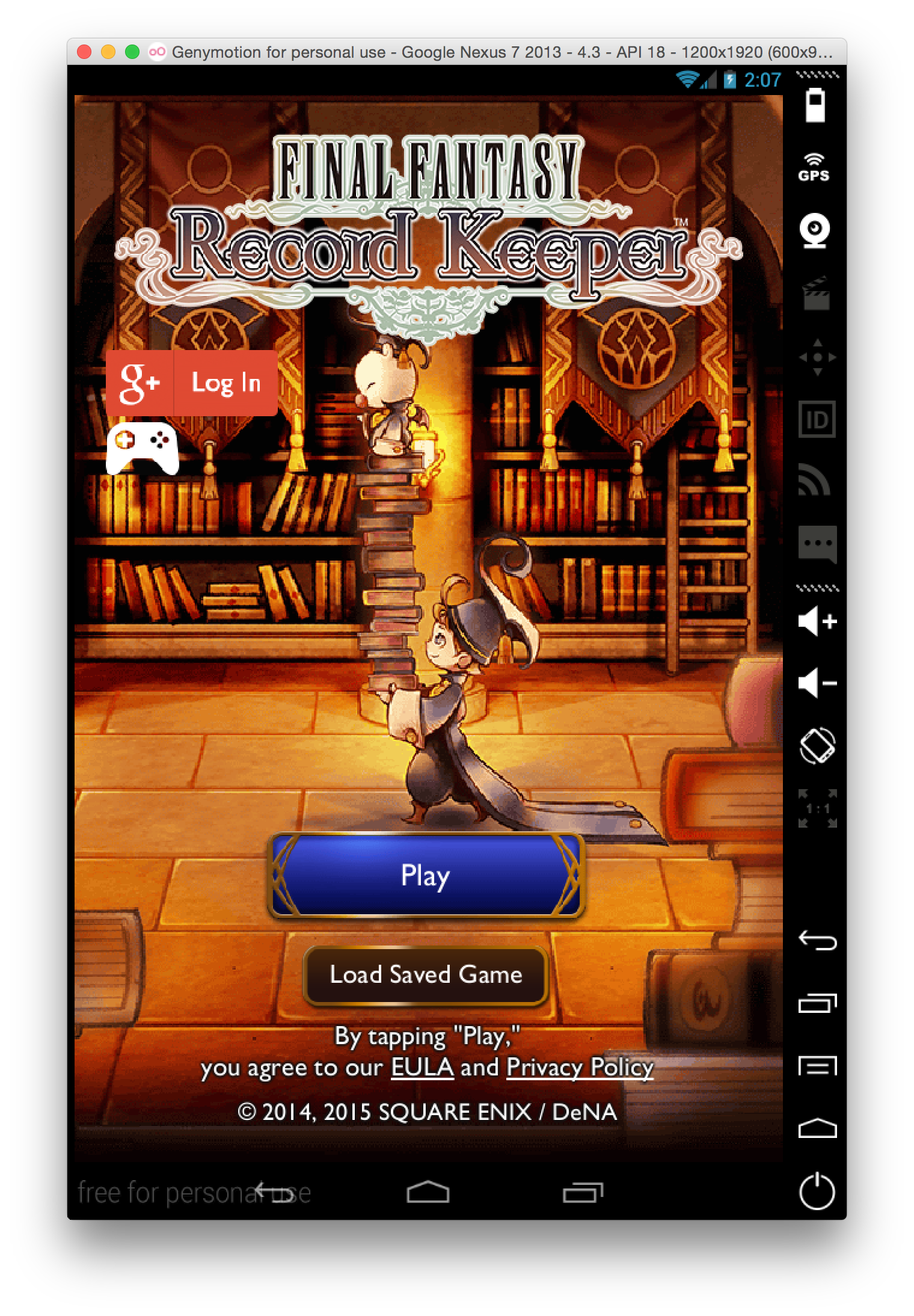 Now there are two ways to install FFRK. You can download the APK from an external source and install it via adb (less steps, faster) OR you can install Google Play services on your VM and then install FFRK via the Play Store (more steps, but useful if you’re using a Google account to transfer game data from another device). 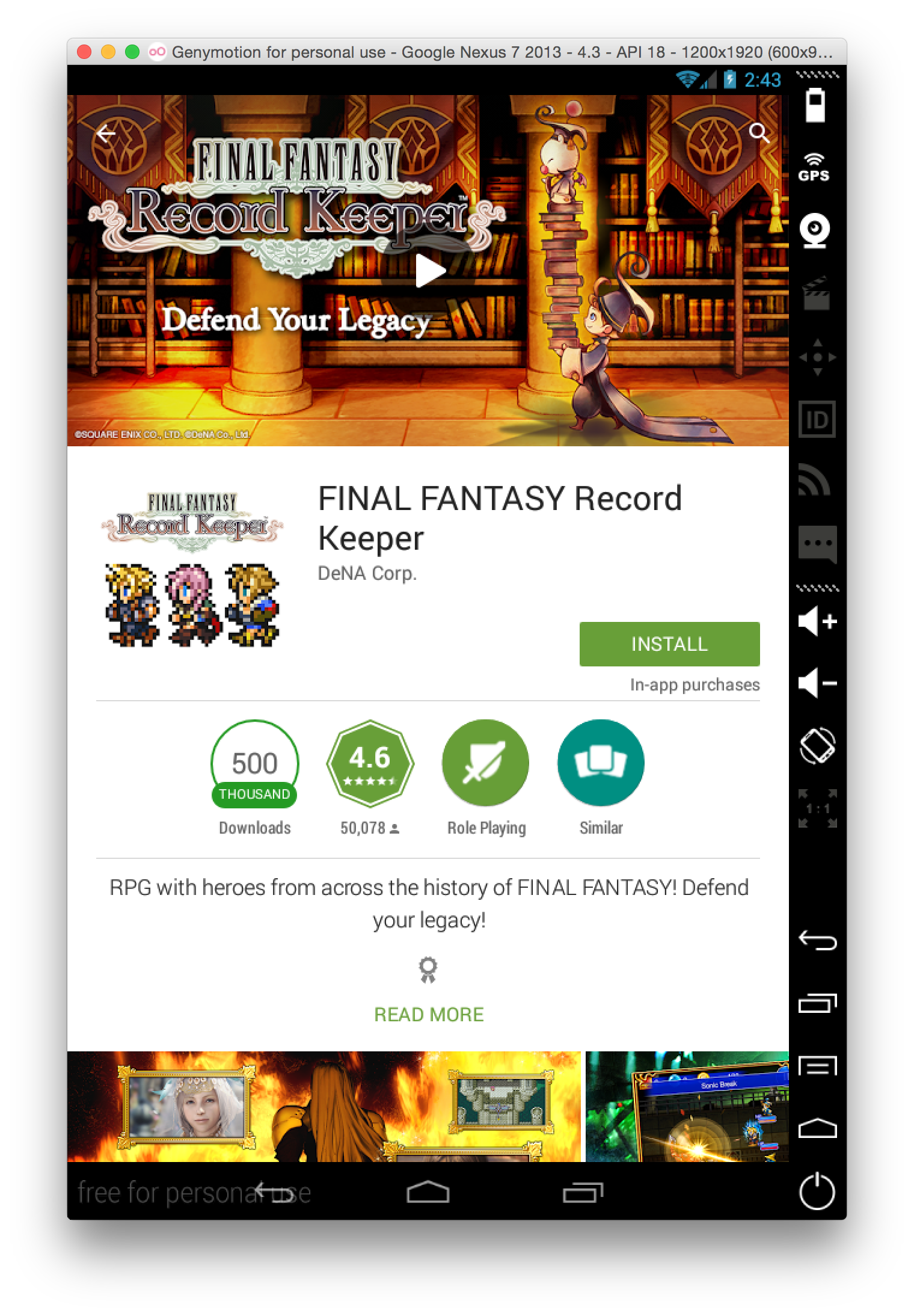 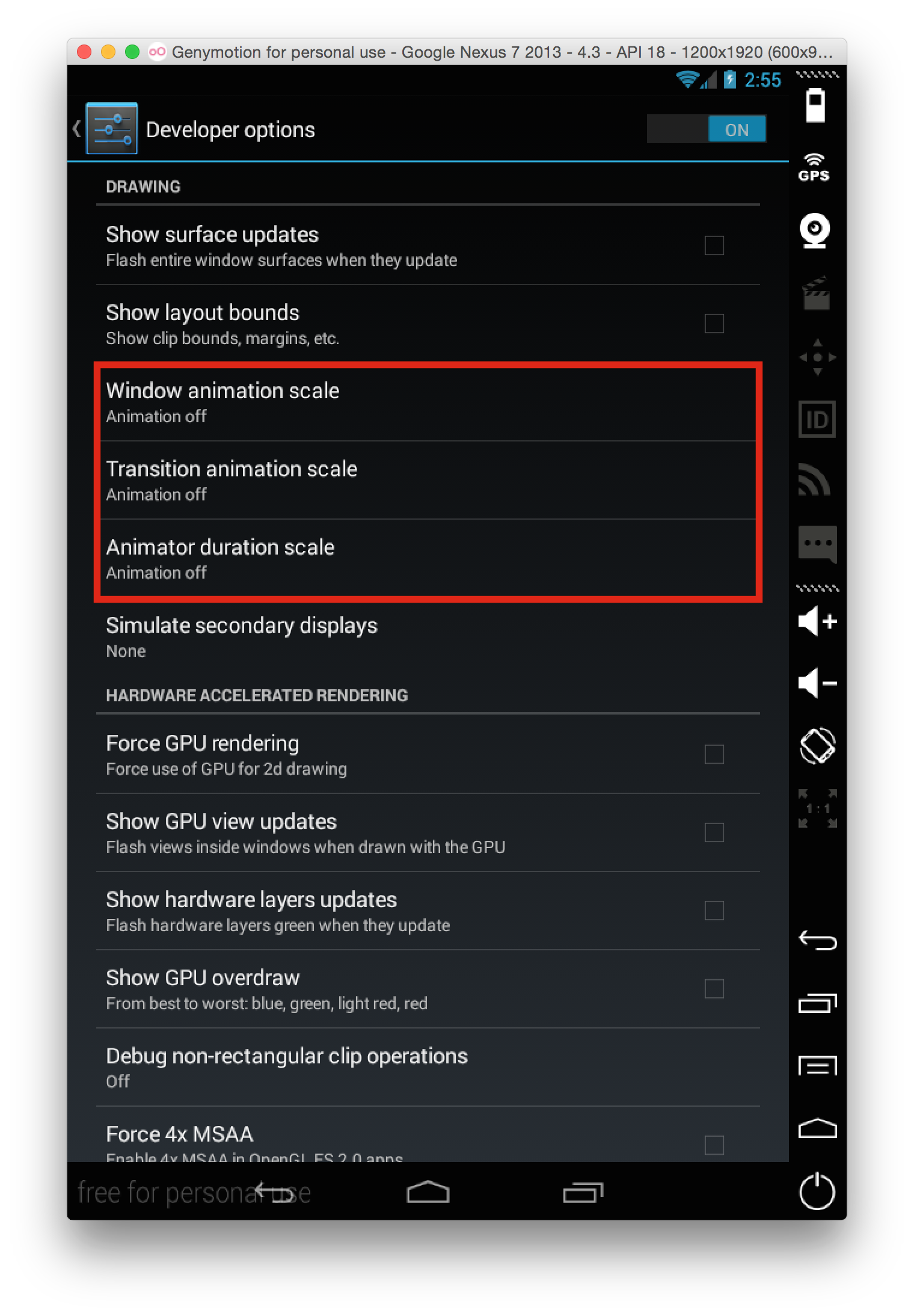 Please let me know via Twitter or reddit if you have any more optimizations or find steps that could use more clarification. Happy FFRKing on Genymotion!