Nintendo Gets with the DLC Program

My friends and I played a lot (understatement) of Mario Kart: Double Dash!! for the GameCube in college. My dashers-in-crime, RW (ringleader of the big band Urban Renewal Productions) and Theo (prisoner of war at UChicago’s PhD program) took this game seriously. We got into fights over blue shells and talked a lot about what we wanted for the future of the series. DLC was one thing we all thought would be great for the series. Sixteen stages was nice and satisfied the “we only release complete games and that’s why we don’t do DLC” mantra that Nintendo lives by, but honestly none of us took issue with the idea of forking over money to download more stages to play.

Finally! Eight years later, it finally happened. Nintendo got with the program and released DLC for the Mario Kart series. Hallelujah! Mario Kart 8 (MK8) for the Wii U, released in May of 2014, came with 32 tracks: 16 newly designed tracks and 16 retro tracks (tracks from old games given an HD spruce up). On release, it garnered positive reviews and was a complete Mario Kart experience. But then something magical happened. Nintendo released two DLC packs that together added 6 new characters, 8 new vehicles, and 16 new tracks to the game! All for the relatively low cost of $11.99.

I definitely appreciate Nintendo’s attitude that released games should be complete experiences (looking at you EA), but new content on top of an already-complete game is always welcome. Everyone is a winner. Players get more content. Nintendo gets gamers “reactivated,” back into a game, and spending money. Good press for the DLC may also draw console sales, which the Wii U needs, and game sales. And by theming the DLC packs (the two released packs center around The Legend of Zelda and Animal Crossing), other franchises get some exposure as well. 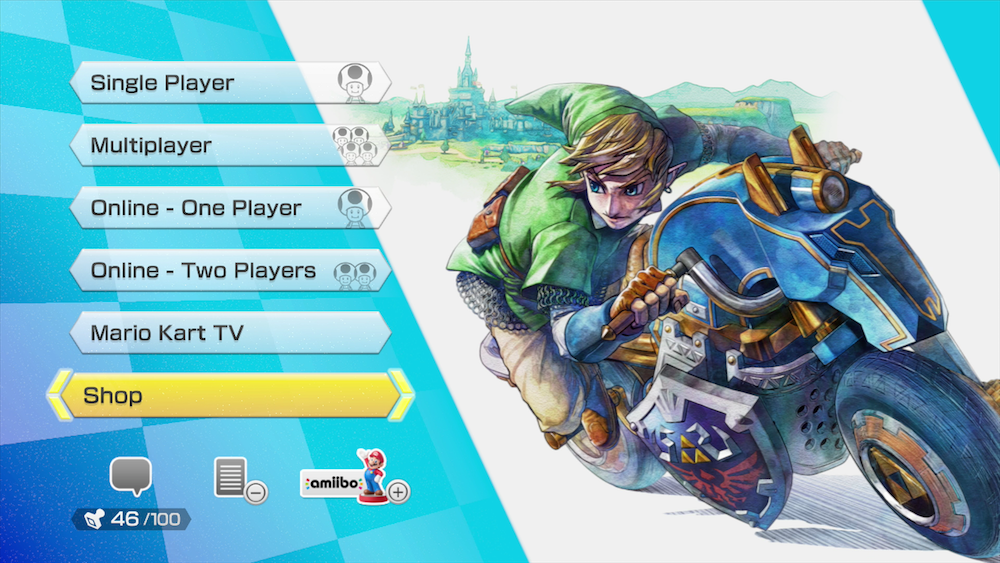 Is Nintendo REALLY getting it!?

The final exhibit of how good Nintendo might be getting the DLC thing: the newly updated title screen to MK8. It was updated from Mario drifting on a kart to Link riding on the Master Cycle with Hyrule Castle in the background. All three aforementioned things are ONLY available via DLC. They’re subtlety advertising DLC on the title screen! Very clever and sneaky…

If you’re reading this Nintendo, don’t stop! Keep it coming! Like Reggie, my body is ready.