Evernote was recently featured on a Glassdoor blog post titled Top 20 Employee Benefits & Perks. Evernote got on this list because of Evernote Academy: a range of courses offered to employees with some taught by employees themselves. Here’s an insider perspective on both leading and taking an Evernote Academy course. 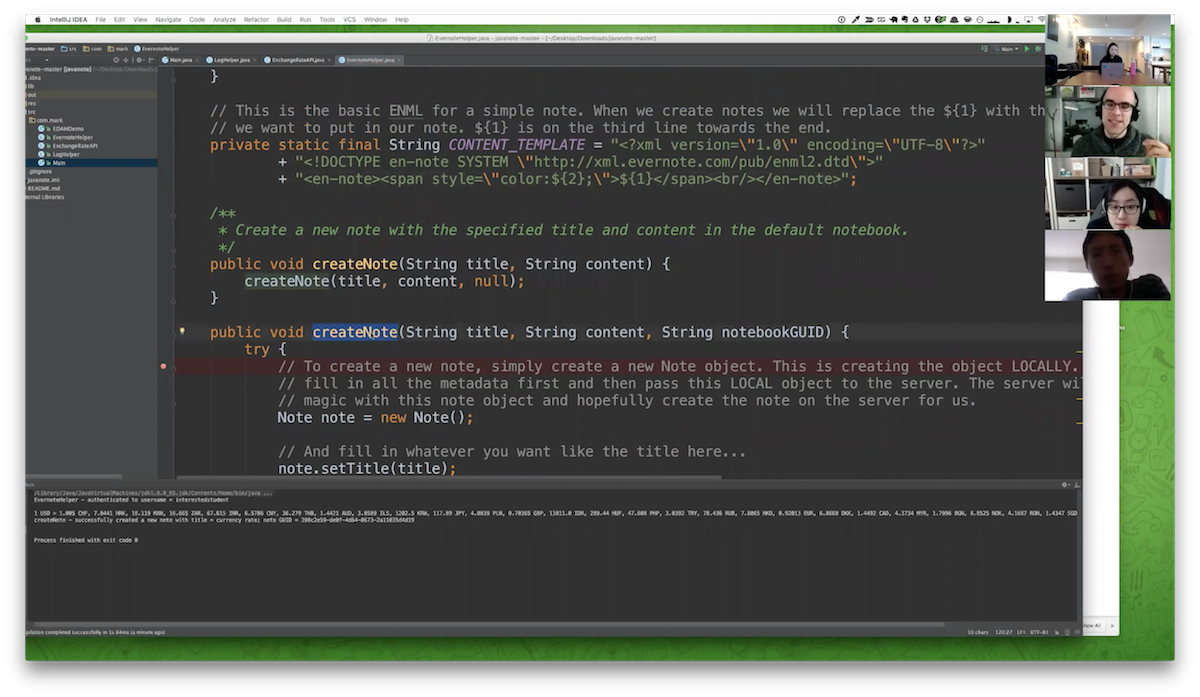 Evernoters from USA, Japan, Korea, and China unite to learn Java and the Evernote SDK!

Last year I was fortunate to work out of the Evernote Japan office for a few weeks. A few months ago, a member of our Japan team contacted me asking if I’d be interested in teaching a programming course centered around the Evernote SDK for employees without coding experience. It sounded like a fun time, so I agreed and the first ever international Evernote Academy course was held; led from the USA by myself with participants from our Japan, Korea, and China offices. Over two one-hour courses, we covered the basics of Java (hello-java on GitHub) (Android is Java-based, Java was my first language) and we developed a Java application (javanote on GitHub) that pulled currency conversion rates using fixer.io and created a note in Evernote with that information. 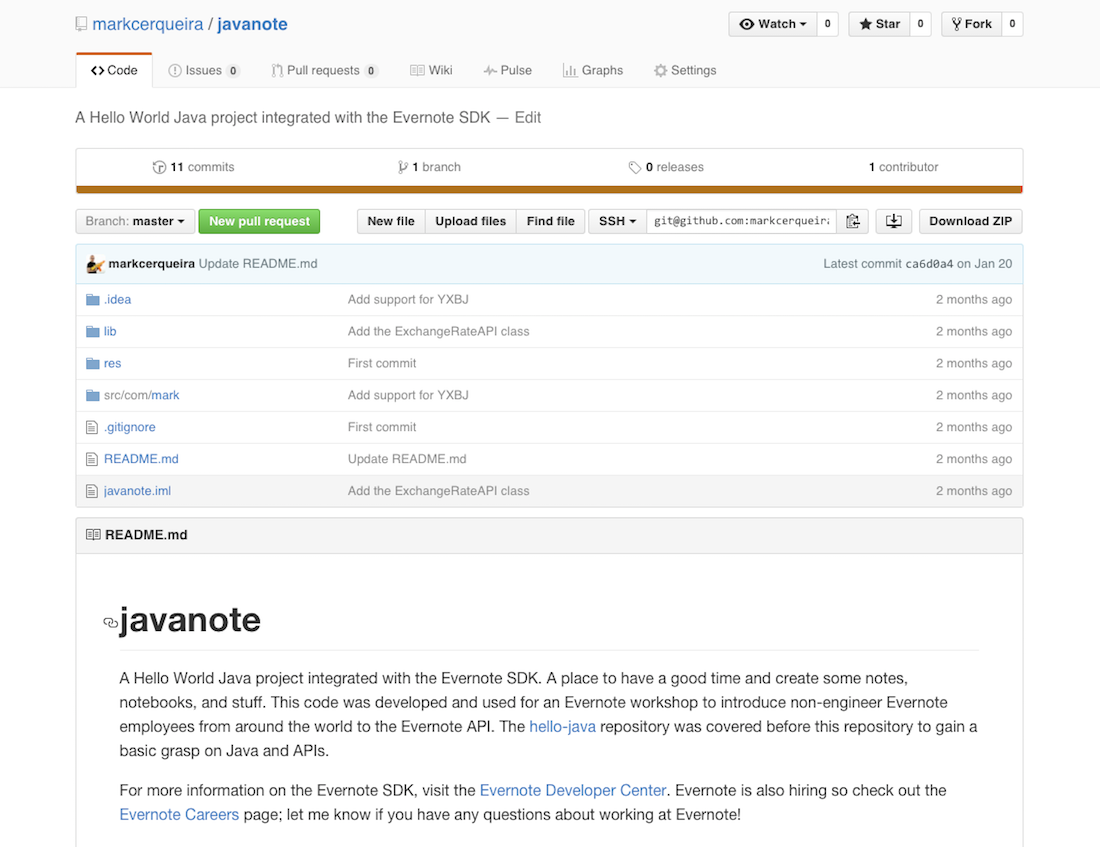 Source code (heavily commented) is linked in the paragraph above!

I found the teaching experience very fulfilling. My goal was for fellow Evernoters participating to walk away with a basic understanding of how programming works, what an SDK is, and how SDKs can be used to extend services and glue together different services. All participants walked away with a better understanding of Java, the Evernote SDK, and SDKs in general. Naturally, the entire experience put everyone involved in contact with people within the Evernote organization that they may have never met. Many of us grew beyond being just a name and photo in the company directory. Evernote isn’t a huge company, but it’s large (and spread out around the world enough) that finding non-cheesy (e.g. icebreakers) ways to get new people working together is a challenge. Beyond the primary goal of providing employees with new knowledge and experiences, Evernote Academy has many beneficial side-effects. 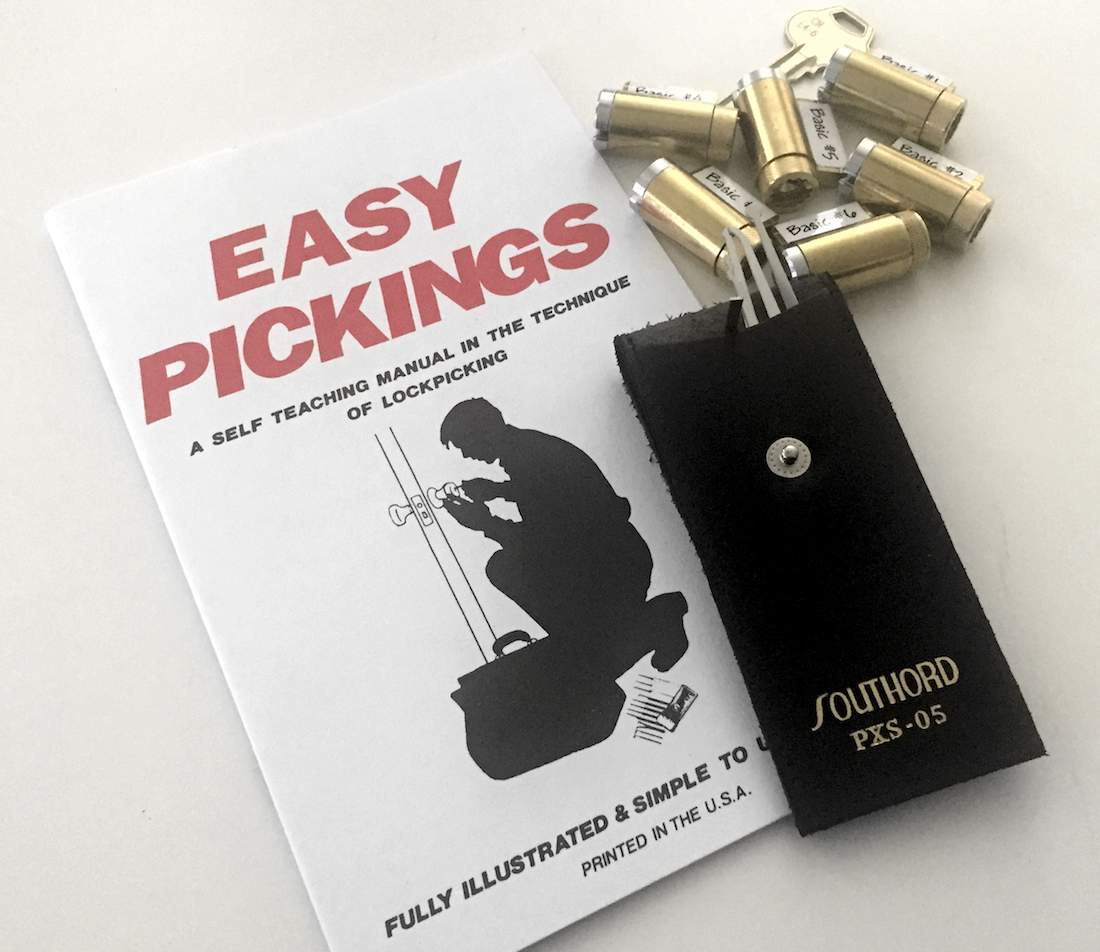 Rule #1 of lock-picking: don't be a jerk and only pick your own locks!

Both teaching and taking an Evernote course is a blast, except taking one involves way less preparation! Just in the past month, I’ve taken two awesome classes. One was a course on lock-picking led by an Evernoter who is a hobbyist lock-picker! We learned the basics of lock-picking (e.g. the flaw in all locks that makes lock-picking possible), the legality of lock-picking (e.g. don’t be a jerk and only pick locks you own), and – of course – picked various locks that ranged in difficult from really easy to “your apartment lock difficult.” It was fun and something I would’ve never considered trying if it didn’t fall right in my lap. 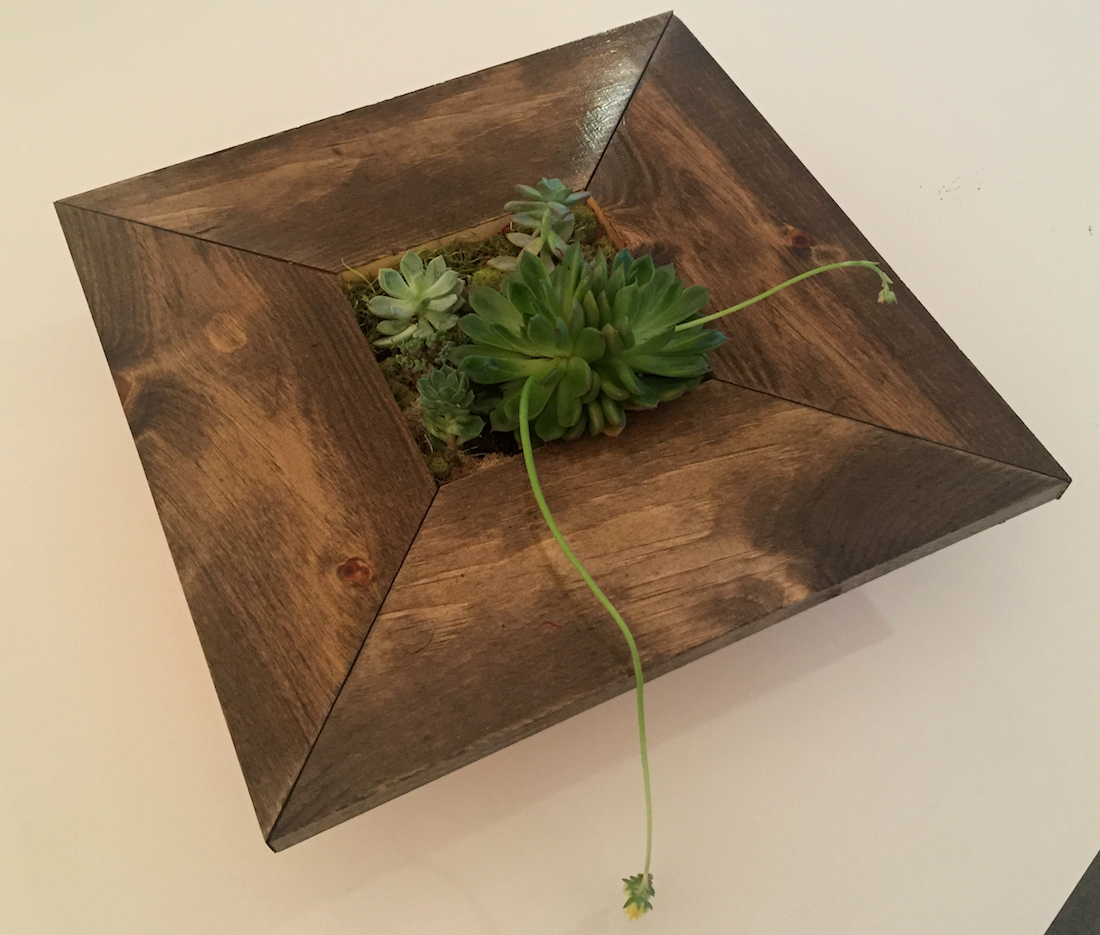 Buried deep down inside this engineer is an artist and a gardener.

And the second class I took was on building a vertical succulent garden. Ali, a designer on the team who is also a floral designer, led the course on building a little garden that you could hang on the wall or use as a centerpiece. She walked us through the basics of designing a succulent garden, how to build a vertical garden, and then we put that knowledge to use! If I can produce something that doesn’t look terrible (dare I say it looks good!?), you know you’ve got some quality instruction! Check out Ali’s awesome work on her website.

I’m deep into my second year at Evernote and loving every minute of the ride. I love all the excellent food we get at Evernote… my increasing waistline does not. But Evernote Academy is quickly working its way up the ladder of things I love about working at Evernote. If you’re hungry for food or to learn new things, you’re in luck: Evernote is hiring! Check out our Careers page for open opportunities and satisfy that hunger!