Spencer and I celebrate an important achievement today: we maxed out all the heroes in Starcraft’s cooperative mode. 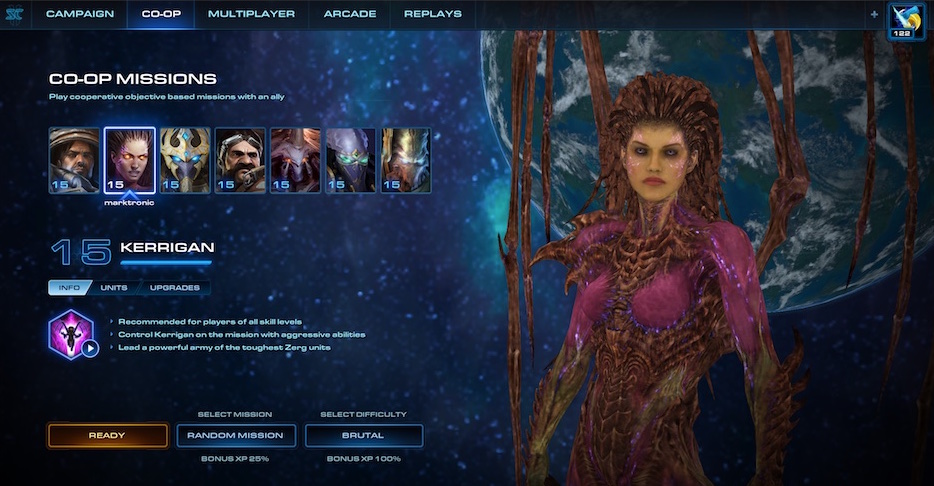 It’d be nice to see some of these and other improvements to co-op mode. But realistically, given the pace at which Blizzard has been updating co-op mode, we likely won’t see much in the near future. I’d love to be proven wrong here though!

Update: One day later and Blizzard announced they’re releasing some updates to co-op mode in the upcoming 3.3 patch. There will be weekly “mutators” that enhance difficulty for specific missions, and mastery levels (all the way to 90!) which are similar to Diablo 3’s paragon level. It also looks like Abathur might be joining the ranks of heroes! Also, check out the accompanying update video. I’ll take it! GG, Blizzard!