I’ve been a big fan of the Alfred productivity app for a while now. It’s like Mac’s built-in Spotlight but more feature-rich and more extendable. I’m a big fan of the clipboard history feature: it preserves all the text you copy and lets you paste from a list of all the text you previously copied. The tyranny of losing what you copied after hitting cmd+c is over! Alfred is highly customizable and I’ll readily admit I don’t take advantage of all it has to offer. 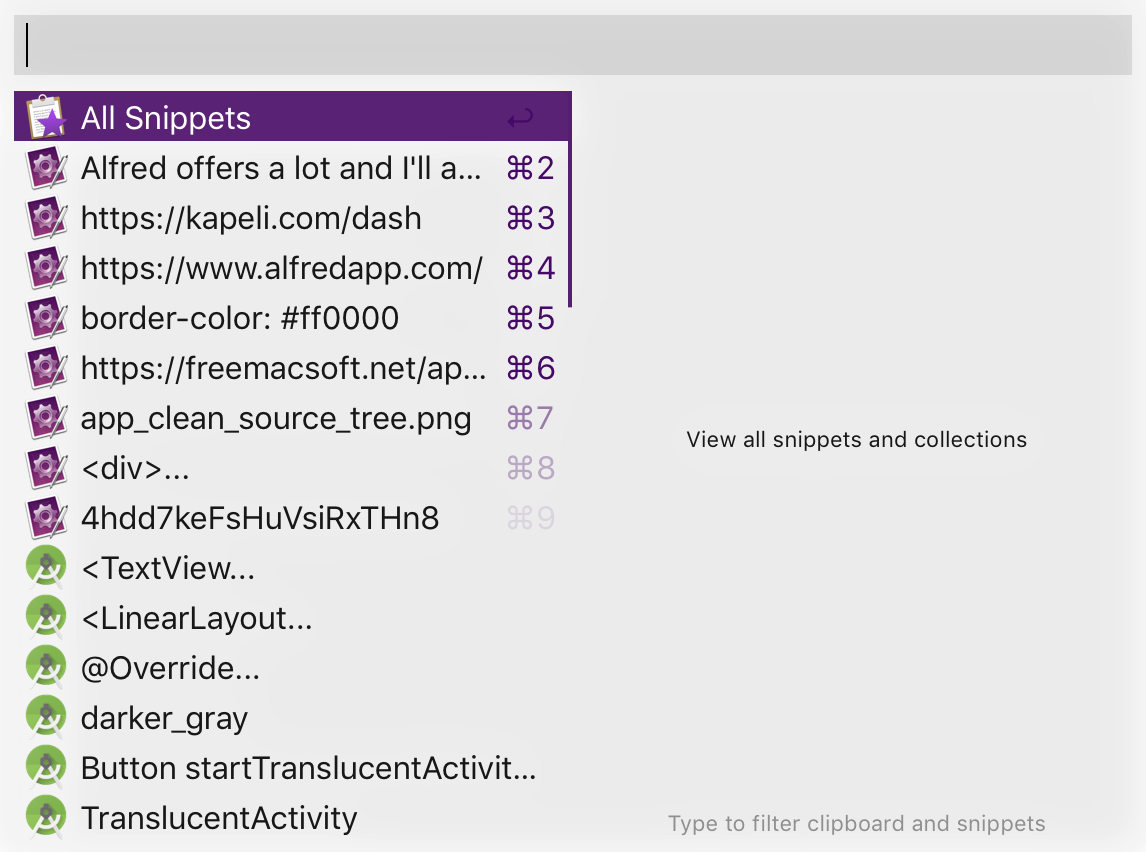 Say goodbye to losing the things you previously copied!

The other day I learned about Dash. It puts API documentation a simple keystroke away! If you’re a developer it’s nice to be able to quickly pull up documentation on a method or review all the methods a particular class has to offer. Being able to skip out on going to Google Chrome and searching for the documentation page makes this workflow much faster… And lessens the chance I’ll go to YouTube to watch more cat videos. I forgot to mention it also works offline, supports personal annotations, and storing custom code snippets.

Nothing really simple about SimpleDateFormatter!

It’s great to have amazing tools at one’s disposal. But it’s truly breathtaking when those tools work well together. Alfred and Dash have an awesome integration that brings Dash’s API searching capabilities to Alfred. Now I can get the API of my favorite data structure – LinkedHashMap – even faster! 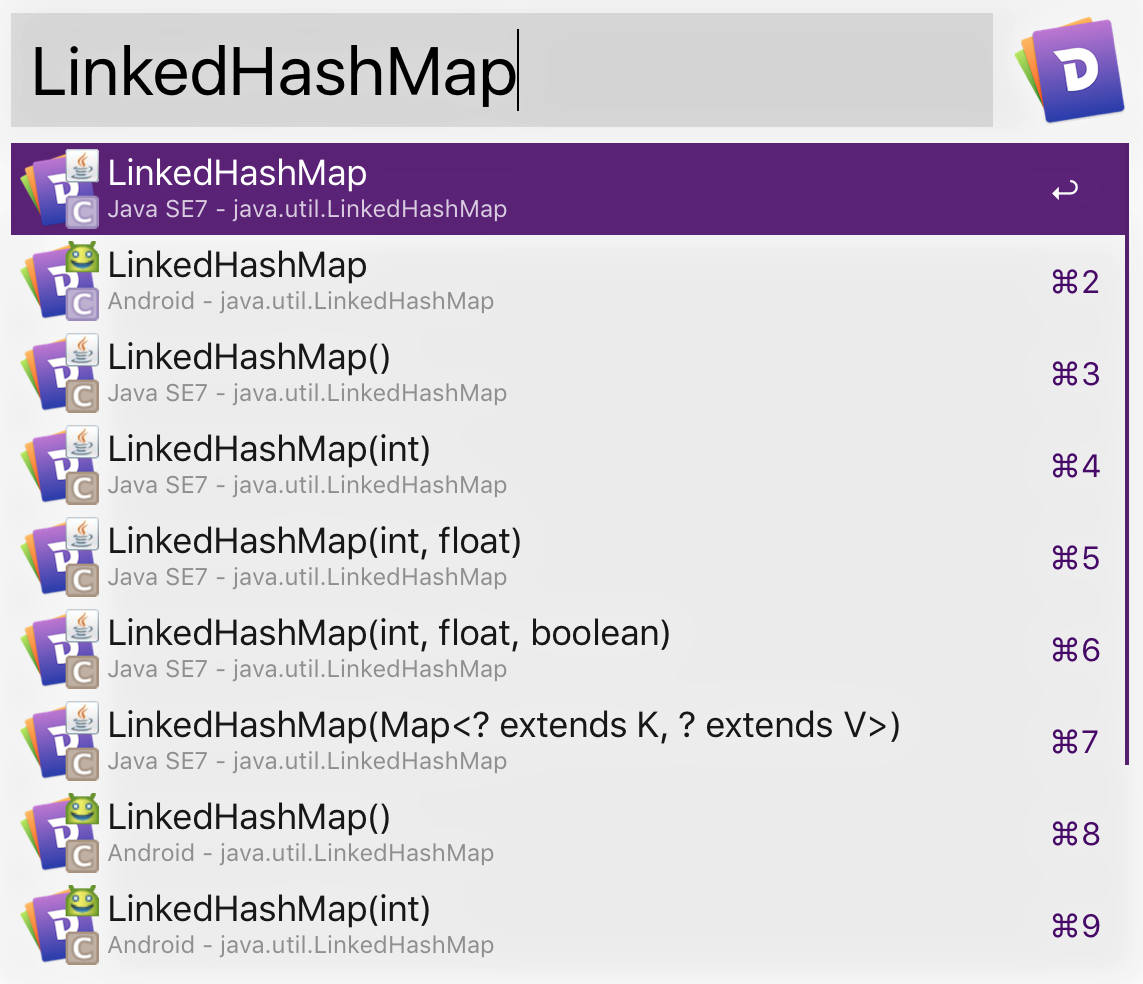 Both tools have free versions, but getting a license to fully unlock them won’t break the bank: for $50, you’ll get full access to both tools. Take my word for it; you’ll definitely find that to be a steal if you leverage a fraction of these tools’ feature sets.

I’m a bit late to the party (given the integration announcement is from August 2015), but if I can pass along this information to at least one person who didn’t know about either of these awesome productivity tools, it’ll be worth it!