I just wrapped up Legends of Heroes: Trails of Cold Steel on the Vita. It’s a JRPG set in the Legends of Heroes world, focuses on a class of students at a military academy, and guides us through their field studies around the empire as they learn about brewing troubles. The game is like Grandia with a turn-based and position-based battle system; Persona with lots of focus on character development and relationship building; Final Fantasy 7 with a materia-esque system for powering up your team; and Xenoblade Chronicles because it has a ridiculously amazing soundtrack. 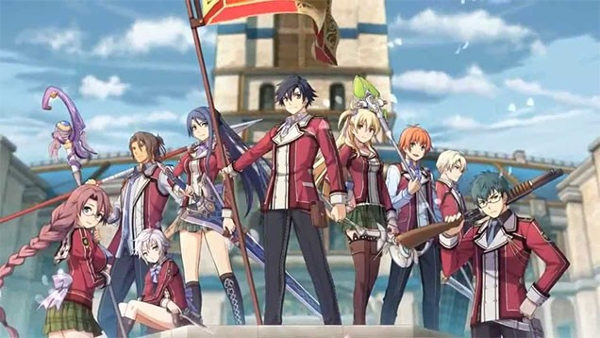 An interesting cast of characters.

This game is a solid 40 hours of world-building for the first entry of a three-part series. The plot is delicately and intricately laid out and the game ends on a massive cliffhanger. This game is not for those who want a straightforward plot or a self-contained story that resolves itself by the end. While the gameplay and battle system is enough to warrant a play-through, you’ll likely be craving the next entry by the time the game wraps up.

Lucky for me, the sequel, Trails of Cold Steel 2, comes out next Tuesday!