It’s been a busy month for mobile phones with the announcements of the iPhone 7 and Google Pixel… and exploding Samsung Note 7s! Cell carriers in the US have also become more European with how they do subsidies; the “upgrade every two years because you’re always paying a subsidy price” ideology no longer applies. If that last statement makes no sense to you, check out this TIME article on recent changes to buying a cell phone.

So given all this, do I feel like I need to upgrade from my iPhone 6? 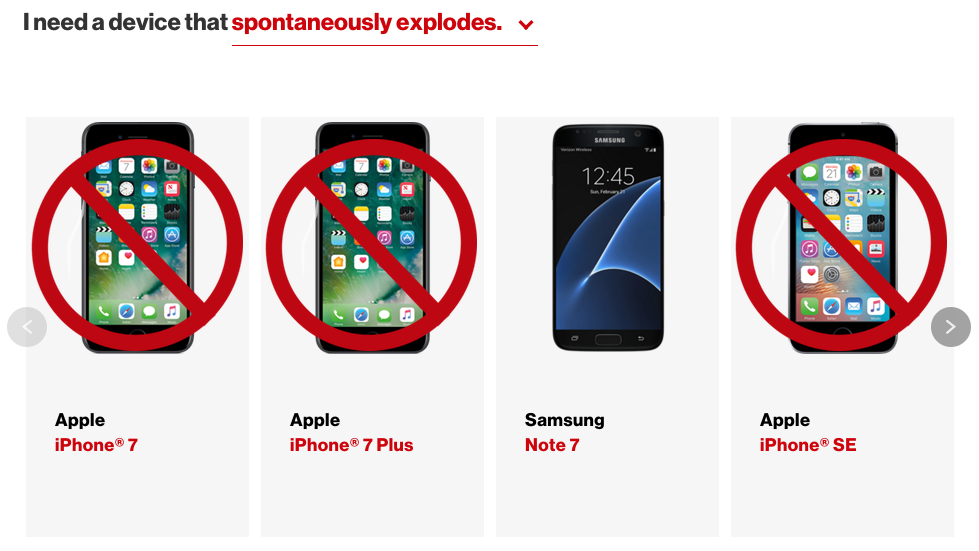 There's only one choice if you like exploding phones!

No. The iPhone 7 and iOS 10 show a lack of creativity on Apple’s part. Siri is a constant source of frustration and Apple seems to be keen only on teaching Siri more jokes instead of making it actually useful and reliable. The Google Pixel is what happens when you copy Apple’s iPhone but forget to copy the most recent version and forget to remove the bezel where the iPhone’s home button goes.

I was most excited for the Google Pixel because I am an Android developer trapped using an iPhone. The complete dearth of powerful Android phones running the stock version of Android is depressing. The Google Pixel is the first step to delivering this but it just doesn’t seem that much better compared to my two year old iPhone. That’s disappointing.

Ultimately I think my aversion is largely driven by the changes to how US cell carriers now handle subsidies. For the pricetag, neither phones make me feel like my iPhone 6 isn’t taking care of all I need from my phone. Guess I’ll just wait for next year… #FirstWorldPhoneProblems