Recently wrapping up Final Fantasy XII: The Zodiac Age (FF12) has got me thinking about the game’s place in the history of the series. FF12 featured a great departure from tradition in a core component - battling - that would slowly evolve in subsequent entries. The odd children - MMORPGs - of the series aside, every entry before FF12 featured turn-based combat systems where the player controlled all characters. This meant making every small decision: Yuna cast Curaga on Cloud, Terra cast Firaga on Behemoth, Sabin use Suplex on Phantom Train. Starting with FF12 we see large, radical changes to the Final Fantasy battle system. 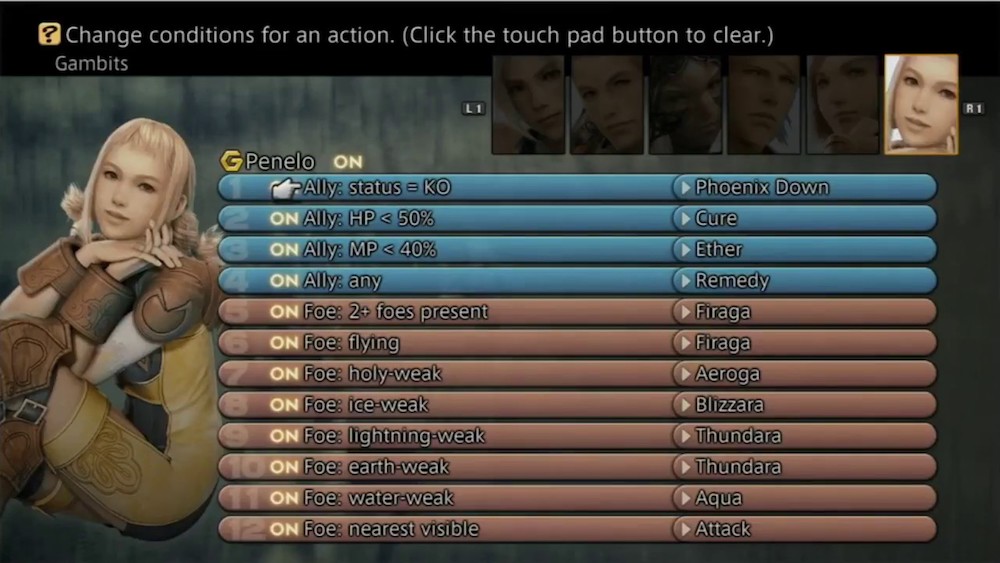 FF12 introduced the Gambit system where every character could be programmed with a series of if-this-do-that conditionals. You could control each character individually, but the game encourages you to set up Gambits for characters that are not the party leader. Eventually you also just set up Gambits on the party leader and let the game do all the battling for you. It’s as flexible as the conditionals and actions you are given but can be bit annoying when you’re forced to update all your Gambits; some of the Esper battles block commands like Attack, Magic, and Items which usually requires updating your Gambits. 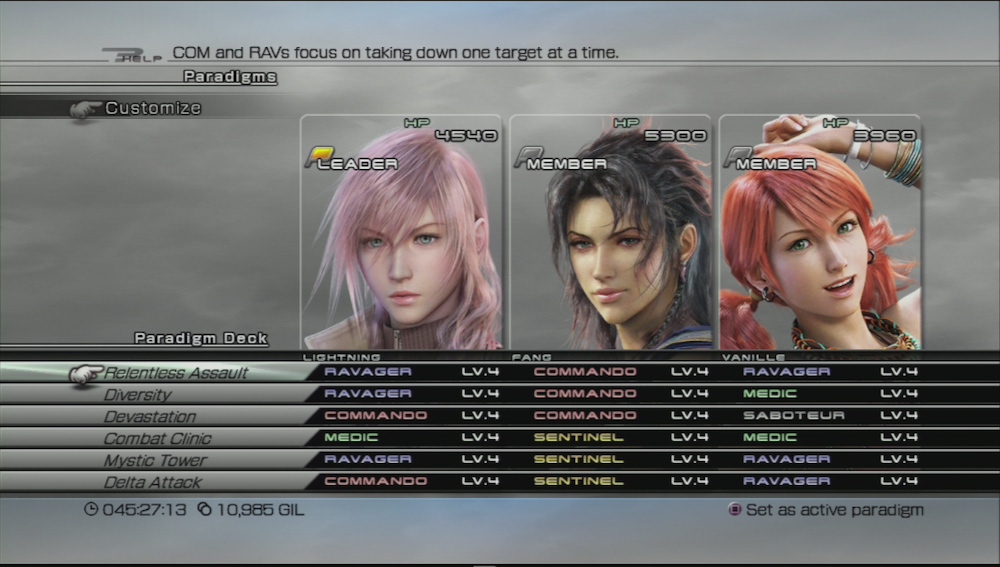 Final Fantasy XIII (FF13) evolved to remove the tedium out of setting up and modifying individual conditionals with Roles and the Paradigms. Characters have Roles (e.g. DPS-focused Commando, the damage-soaking Sentinel, and the ever-useful HP replenishing Medic) and instead of configuring individual conditions and responses like in FF12 you simply configure different sets of these Roles, called Paradigms, for characters in your party. Then in battle the player’s role is to simply shift between these Paradigms. Easy trash mobs? Roll with the Cerberus Paradigm (three Commandos) and effectively dispatch everything. Hard-hitting boss or characters suffering from status effects? Switch to a Paradigm with a Medic in it. FF13 removed the tedium of configuring your characters to heal each other when their HP is low or cast Blizzaga on enemies weak to Ice and let you orchestrate things at a higher level. 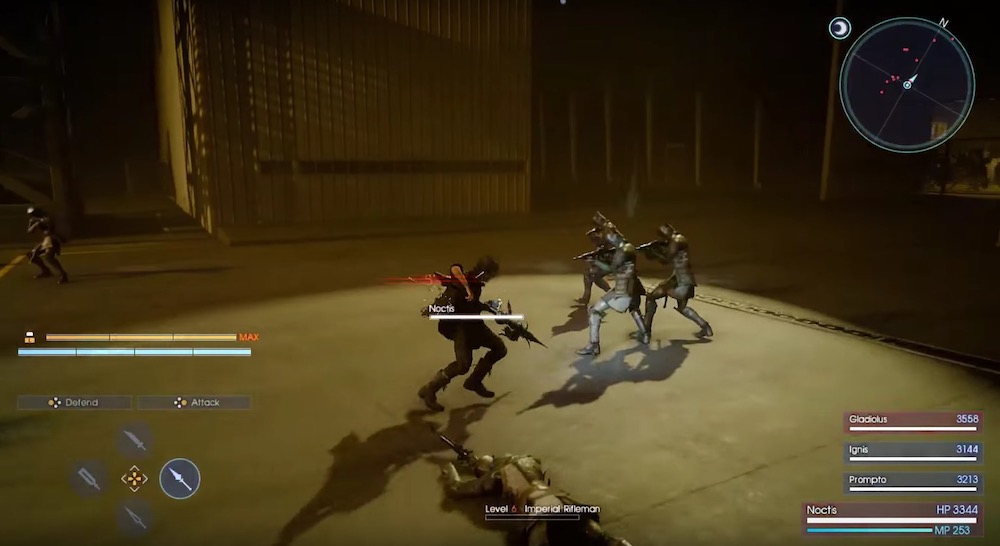 Now, just take care of this one character!

If FF12 was a computer you programmed in BASIC and FF13 upgraded you to Python with some utility libraries to make your life simpler, Final Fantasy 15 (FF15) is your smart programmer friend coming over to your house to take care of every party member so you can focus on just playing the main character. In FF15 you control Noctis and every one else takes care of themselves. They compliment you when you’re kicking ass and even chat with each other.

And there we have it! A significant amount of changes to a pillar of the series over only three games (released over 10 years) and likely more things (e.g. even more automated, intelligent character management) to come!