I wrapped up Nier: Automata recently and the one thing that repeatedly struck me during playing the game was just how awesome the music was. The tracks themselves stand on their own as great pieces of music but how the music interplayed itself in various ways with the game itself is what took things to the next level.

Spoiler alert: this post contains spoilers for some major story points, but does not spoil the overarching theme or conclusion of the game!

Hacking - While playing as 9S you have the ability to hack into enemies and locked things to damage them and unlock them respectively. Hacking transitions you into a 2D bullet hell game mode. Background and battle music tracks each have a chip-tune style track that plays while hacking. For an example, check out A Beautiful Song and its accompanying hacking version. 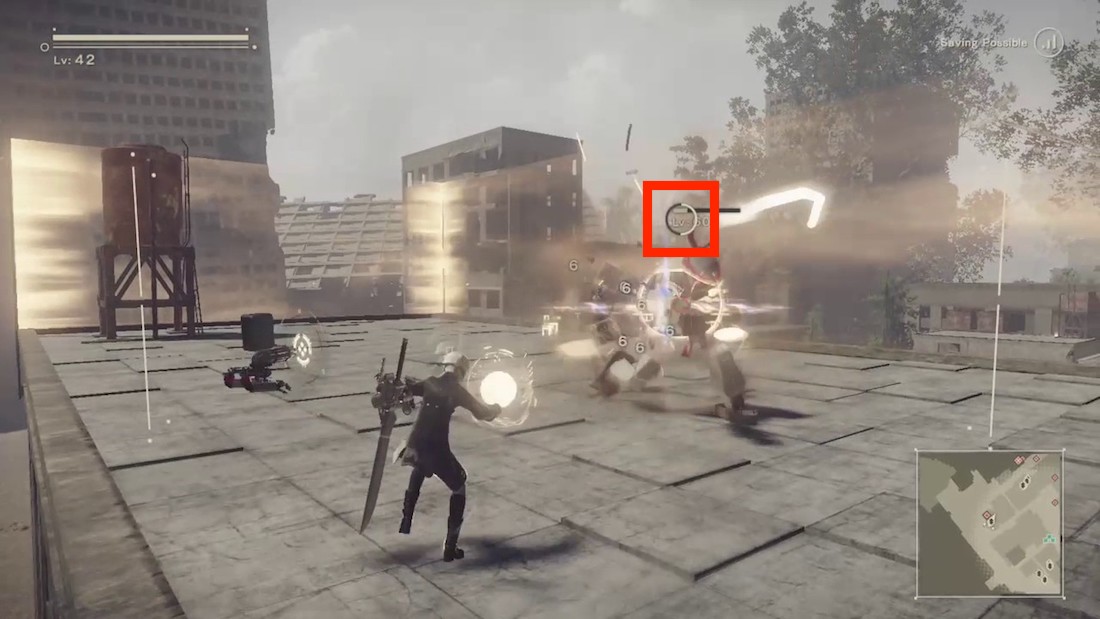 This is a nice little touch, but the coolest part is how the game transitions from a track to its hacking version. To begin hacking you have to hold down the Heavy Attack button. While doing this 9S shoots little beams into the target that fills a circle. Once the circle fills completely, hacking begins. Filling this circle normally happens quickly so it’s hard to tell but if you fill the circle a little and stop, you’ll notice the current track starts to “decay” into the chip-tune style analog that is about to play. This is easy to catch while hacking a locked door near the end of the game that takes about 45 seconds to hack into where its easier to notice the shift from Song of the Ancients - Atonement to its hacking version.

Ending theme variations - Nier consists of three playthrough and each playthrough ends with a credits sequence that plays the Weight of the World track. Following the first playthrough the song is sung in English, following the second in Japanese, and following the third in a made-up language Nouveau-FR. Unlocking the true ending plays a medley of all these versions and even includes a chip-tune introduction.

Without significantly diving into what all this means it’s worth mentioning that during the first playthroughs we effectively play through the same story but through two different view points (same song, two different languages). Worth noting that while the song sounds effectively the same the English version’s lyrics are relatively hopeful while the Japanese version is significantly more depressing.

Become As Gods - This was one of the most “oh wow” moments of Nier’s musical escapades during my playthrough. In early boss battles you get to battle while the epic Birth of a Wish track plays. In the latter part of your first playthrough you travel to a factory to meet a group of machines that end up being a “drink the Kool Aid” type cult that believe killing themselves will bring them closer to God. As machines surround you and chant various cultish dietribes all ending in “become as Gods” the game queues up the Birth of a Wish track but this time with machines chanting Become As Gods alongside the track. Check out the entire sequence leading up the that moment here. 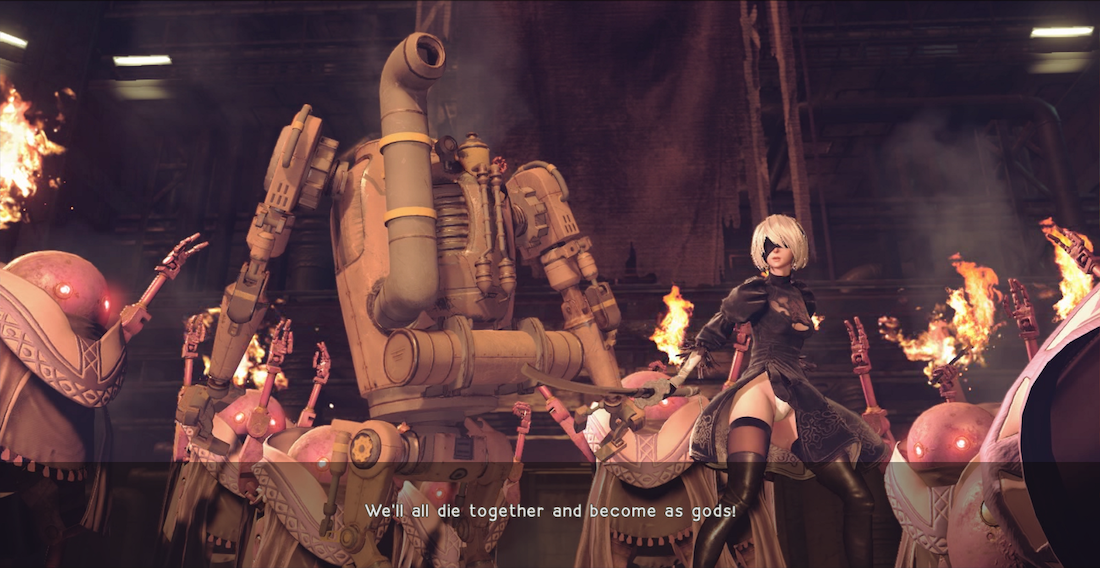 What an interesting game but even moreso, what a soundtrack! Hats off to Keiichi Okabe and his team. The soundtrack to Nier (PS3) is one of my favorites and Nier: Automata’s soundtrack brings such a different style to the table and is just as amazing!