The first KotlinConf has come and gone and it was a blast to attend the two day conference on this budding language. The conference featured a nice blend of introductory talks introducing people to Kotlin and how speakers socialized the Java to Kotlin transition at their companies, talks about cool things you can do with Kotlin now, and updates on exciting new features like Kotlin/Native that will one day hopefully let me code for iOS in Kotlin! 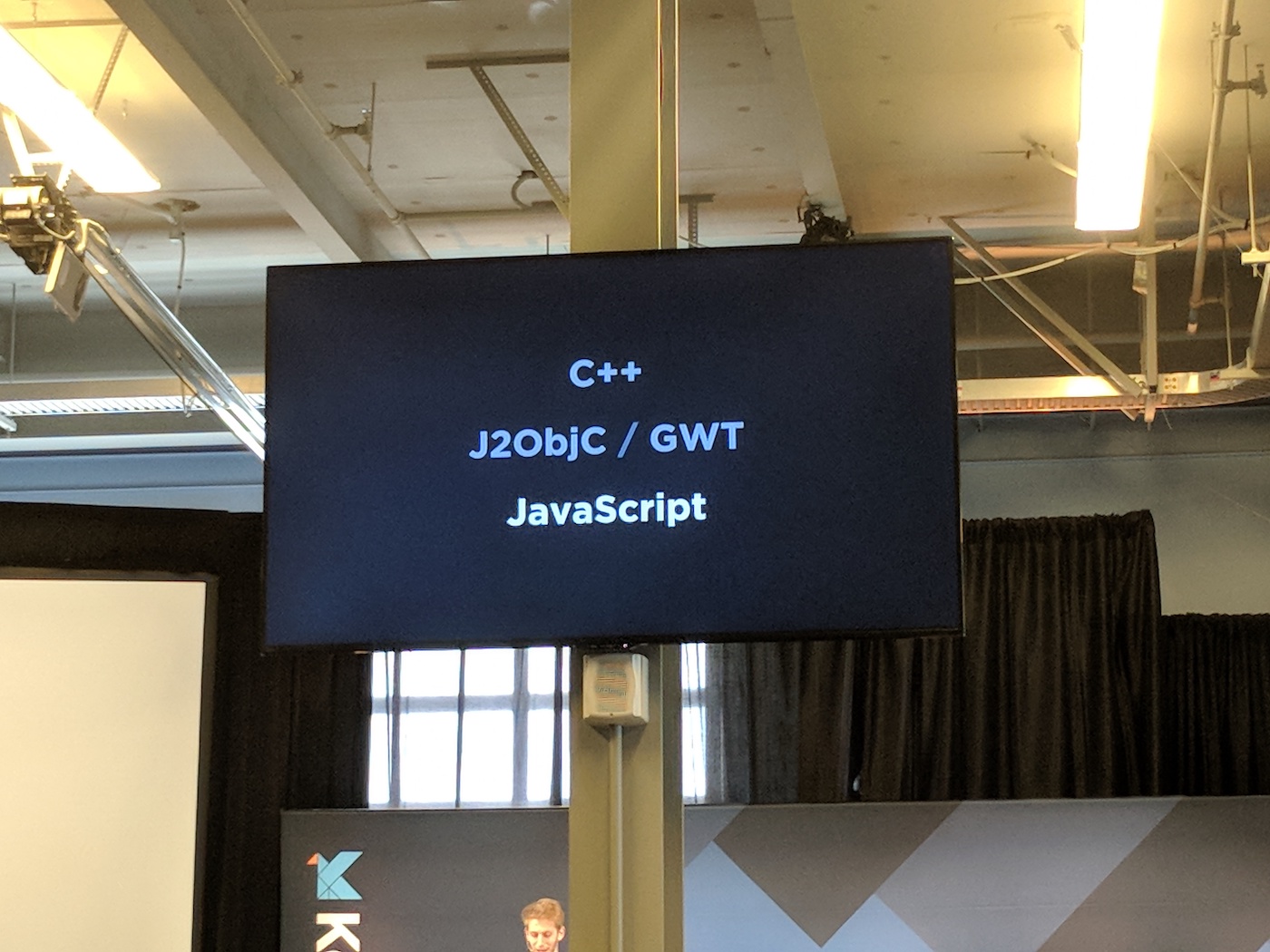 Scariest slide at the conference!

One thing that stuck out to me was during a talk on co-routines, the speaker said the co-routine feature was experimental but that it was ready for prime-time and any updates would not break existing usage of the feature. Any API changes would flag old methods as deprecated. This seems a lot friendly then the updating process on another popular mobile development platform.