At TwitchCon a few weeks ago I was able to meet the great folks behind BaseTradeTV. They produce a ton of StarCraft 2 content. We bounced some ideas around and one of them was a sponsors tournament where representatives from BaseTradeTV’s sponsors duke it out for glory and we give out company swag to BaseTradeTV viewers.

Next Sunday, that idea becomes a reality with the BaseTradeTV Sponsor Showdown! 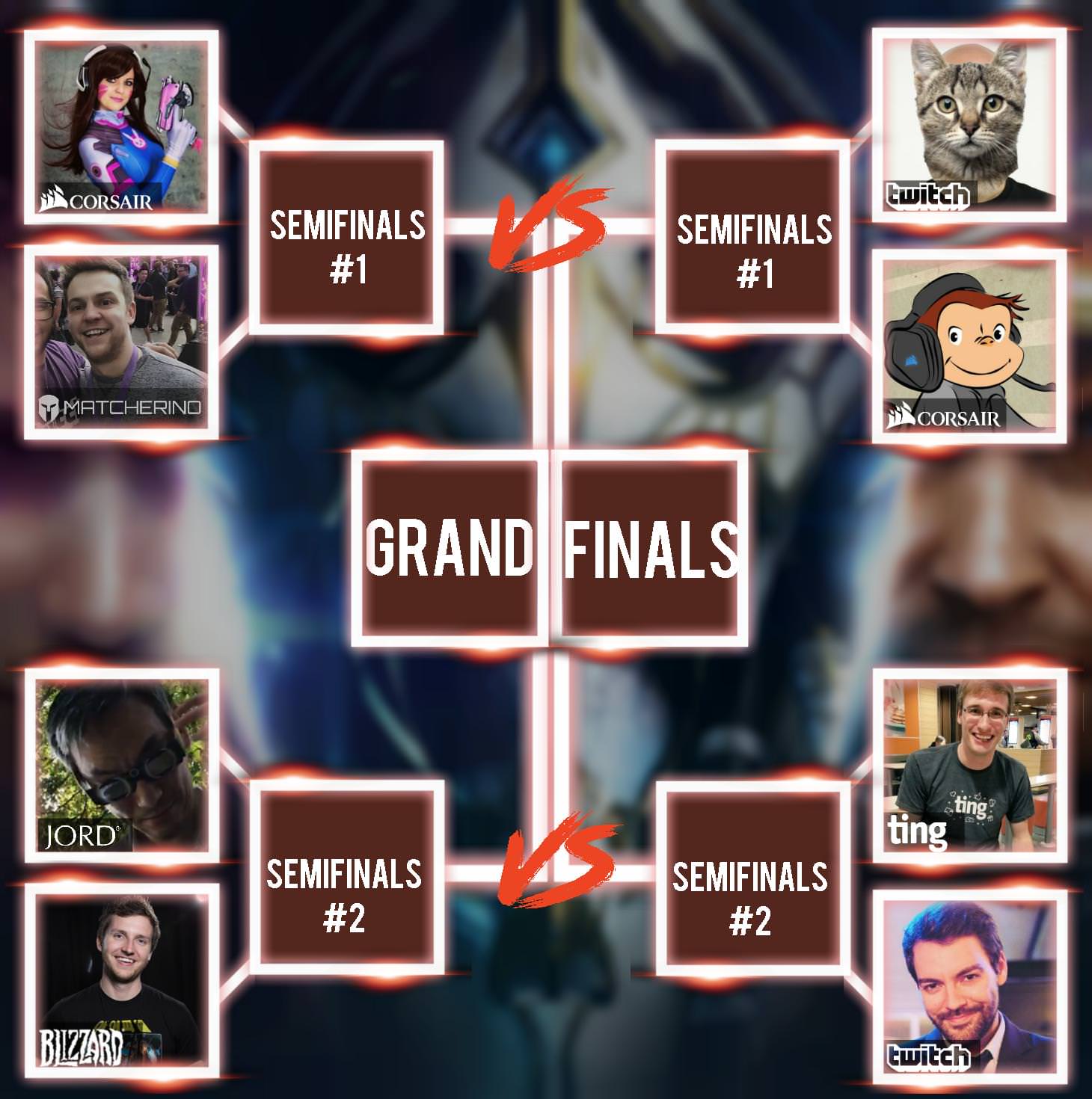 It’s a long story but I’m the cat-faced gentlemen in the top right of the bracket. I’ll be facing off against George from Corsair during the first match at 3PM. Joe, my teammate, will be taking on the people’s man: Jessie from Ting.