Jeff, a fellow Android teammate, and I are excited to announce the creation of The Gentlemans Draft!

The Gentlemans [sic] Draft is a new, premier Magic the Gathering talk show that’s grounded in solving one of the most painful moments in a draft: you open a booster pack and there are a few cards you’d love to have. In a Gentlemans Draft we open a bunch of booster packs, talk about cards, and then – in gentlemen fashion – divide up the cards. Want all the rares and shinies in a pack? You got it! 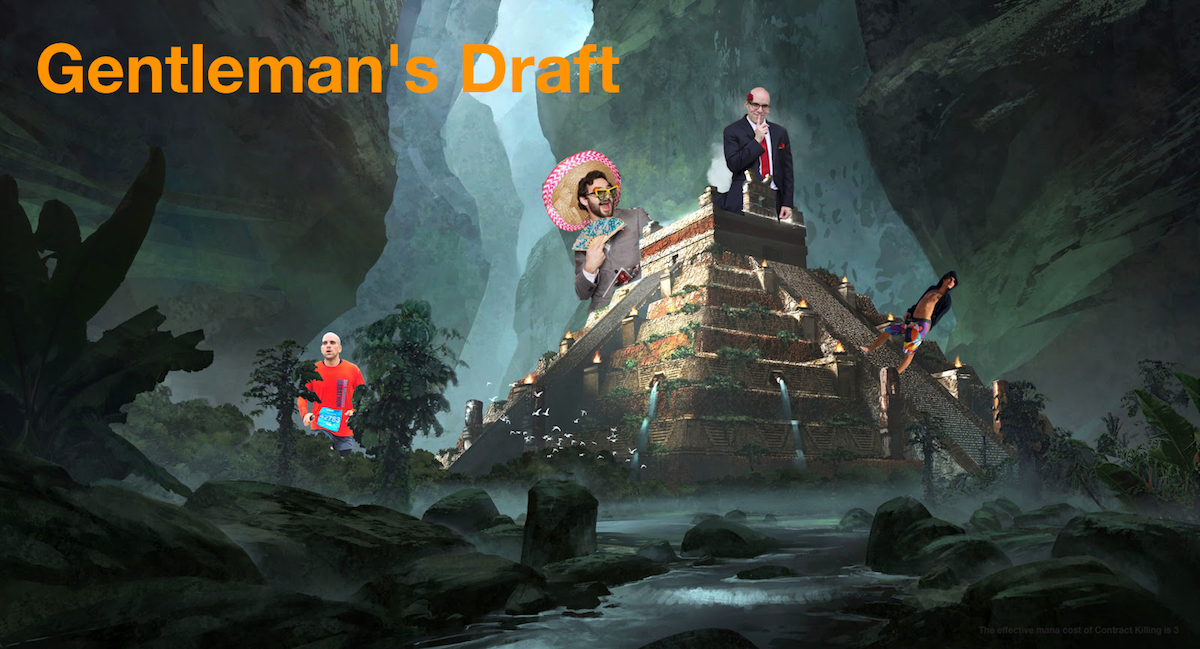 As we’re on the eve of Rivals of Ixalan we’re planning to do a special pre-release show where we open up some pre-release boxes and talk through what kind of sealed deck we’d build. And on release day, January 19th, we’ll be opening an entire Rivals box!