Writing about how Super Mario RPG was my first love the other day brought back another memory that has stuck with me. This is a great story that features: 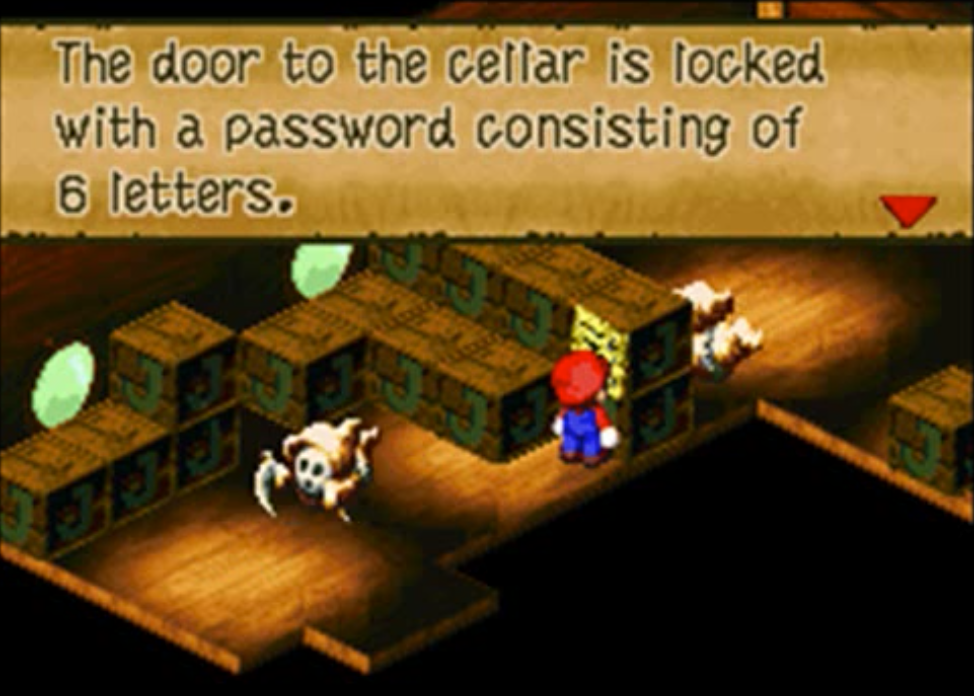 It’s 1998, I’m 10 years old, and I’m in the Sunken Ship in Super Mario RPG. To unlock a door in the cellar I need to input a 6-character word given these clues: 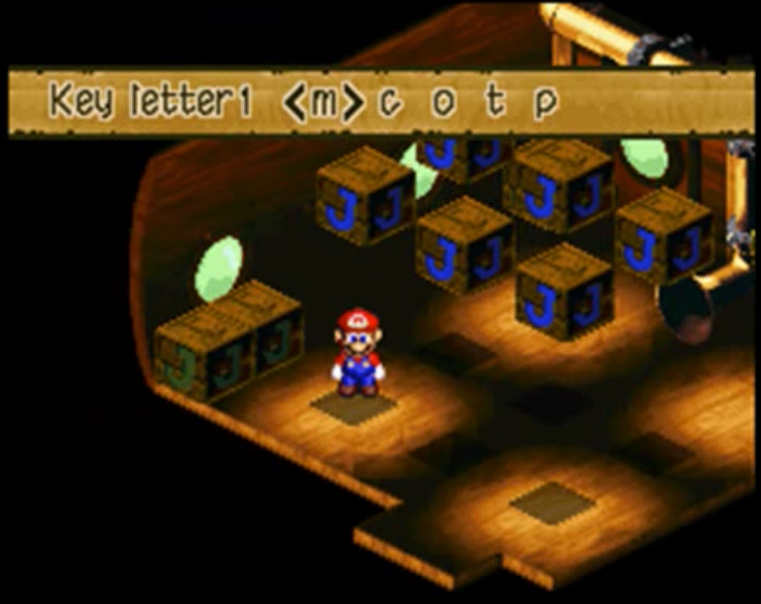 Boom! I’m stuck. I have no idea what the word is. A jump box controls each of the 6 letters, offering 5 options for each character:

I have no idea how to solve this. I’m (only a little) clever now, but I certainly wasn’t back in fourth grade.

My parents (Portuguese immigrants) don’t speak much English but I take the “It is found on the bed of the ocean” clue and try to get info out of them. No luck. The computers at school only let us read Encyclopedia Britannica and play Oregon Trail so the Internet is not an option. Even if I had access to the Internet, I don’t have confidence that my fourth grade self had the technical know-how to search for the solution here.

And so I’m stuck. 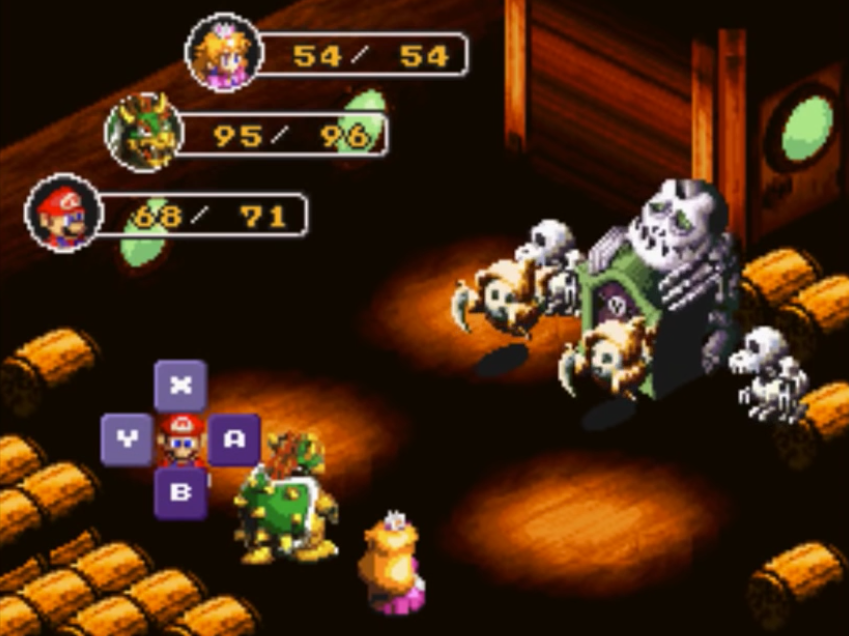 I fought this battle hundreds of times...

In a room before this puzzle room there is a Dry Bones you can fight over and over again so I just grind all my characters to the max level. And then when that’s done, I’m stuck and I don’t have anything more to grind: the ultimate pain in a JRPG! Also worth mentioning: near where this Dry Bones hangs out is a shaman merchant who tells you how many characters of the puzzle you got correct. This merchant will play a critical role in what’s to come.

Enter my cousin Nelson – tragic hero who deleted my save file – but will now redeem himself and save me from this impasse. I tell him about my issues and he realizes we can brute force the puzzle but use the merchant to help make that strategy more tractable. We shuffle between the puzzle and the merchant trying each character until the correct number of characters increases.

And so we finally arrive at the password: PEARLS. 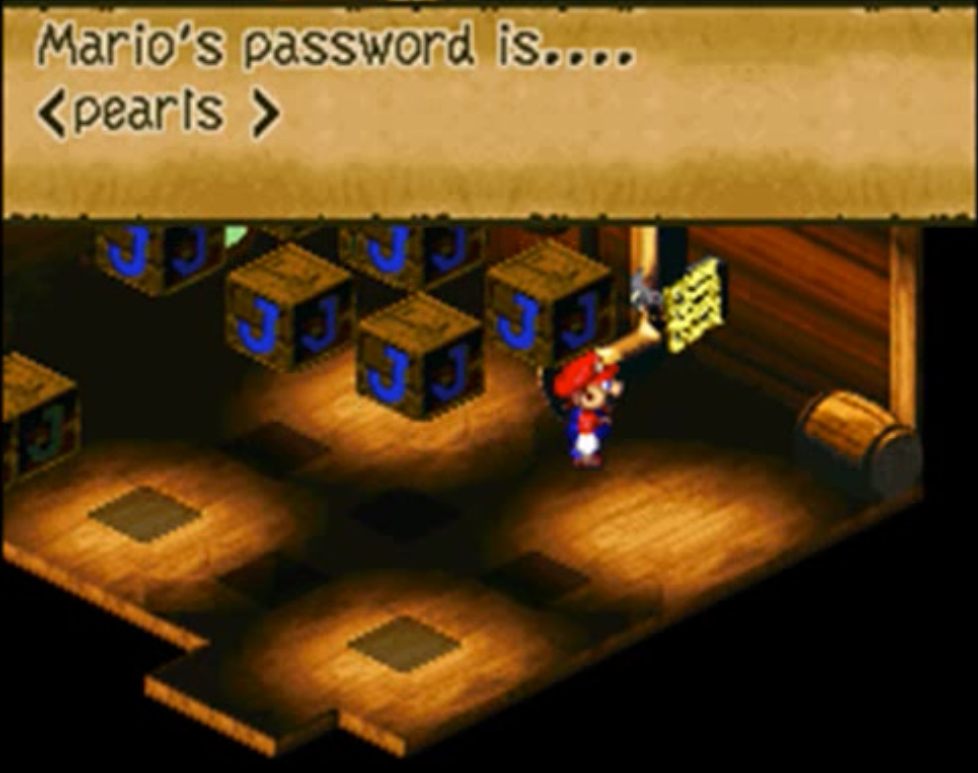 I was finally unstuck! With my now overpowered party, I’d go on to finish the game without any major hurdles. Most importantly, Nelson went from a tragic hero to a true hero!