This past Wednesday we got another treat from our benevolent Monolith Soft overlords: the official soundtrack to Xenoblade Chronicles 2! Finally! Waiting six months after the game came out to have the music in my library has been unbearable! A month before this release, we even got a wonderful illustration for the soundtrack from a character designer for the game: 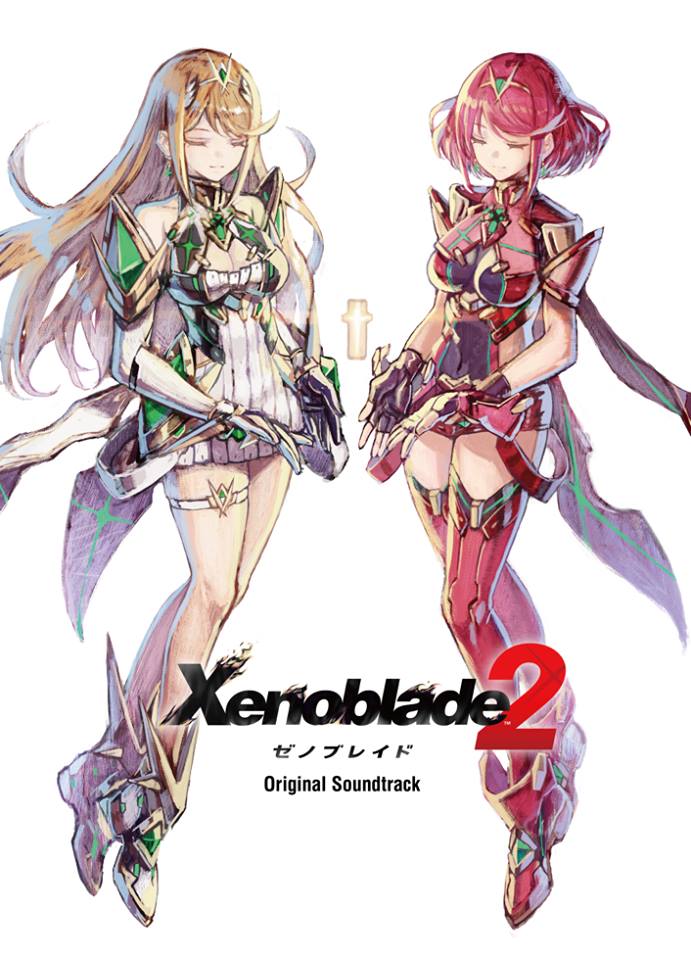 It took a few days to listen to the entire soundtrack as it’s a staggering 105 tracks clocking in at nearly five and half hours, but this soundtrack is pure gold.

How good is it? On Google Play Music I only grace songs with a thumbs up when I want it to on my “This playlist gets no skips” playlist and… 42 out of 105 songs have a “won’t ever skip this song” thumbs up!

Four composers – the legendary Yasunori Mitsuda, the magical cool-capitalization trio composing group ACE (TOMOri KUDO, CHiCO), Kenji Hiramatsu, Manami Kiyota – make the soundtrack a journey through changing times, different places, and a gamut of emotions. The soundtrack has intense rock songs like Counterattack, emotionally moving songs like Contrition, a beautiful vocal ending theme in One Last You, and even something you’d maybe hear in a church with Our Eternal Land.

One of the things I appreciated most about this soundtrack was it became available worldwide digitally on the release date. No need to order a physical copy from Japan or attempt to trick the Japanese iTunes Store into letting me purchase it with a US-based billing address. I picked up my digital copy on Amazon Music. Balking at the $39.99 price tag? It’s worth it. Trust me.