I’ve been fortunate to work at great companies during my career but one thing all have missed the mark on was celebrating work anniversaries. Fundamentally, anniversaries are special and worth celebrating. We should acknowledge people who have chosen to spend a year working with us each and every year.

Other companies celebrating work anniversaries provide a nice corpus for inspiration. Around the time I started exploring options for celebrating work anniversaries I stumbled upon this tweet from a Twitter employee. I liked it, but felt there was plenty of room for improvement; a block exists to have its six sides leveraged! I went to the drawing board, hashed out details for a few months, and this week was excited to deliver the first batch of anniversary blocks to the team! 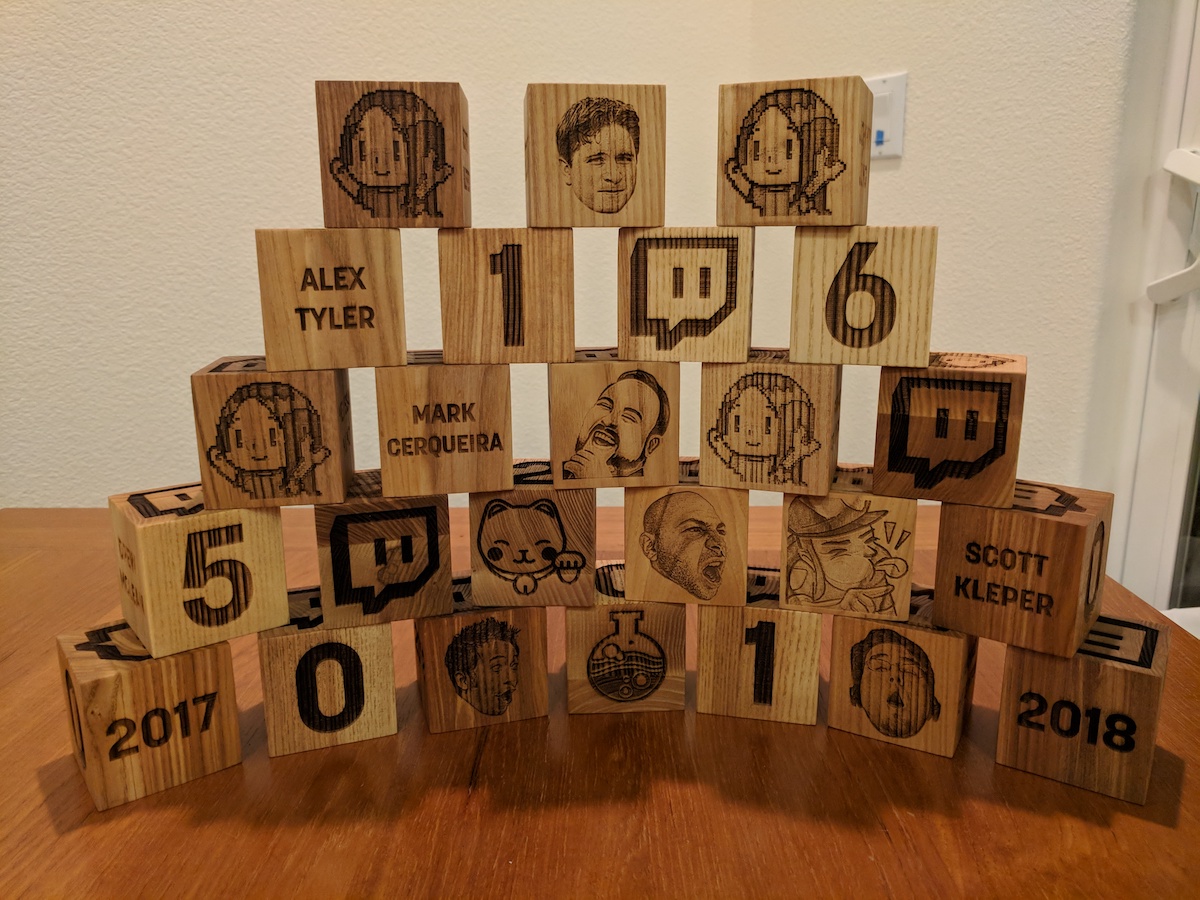 These blocks are fully leveraged. The six sides are:

These were well-received by the team and I’m excited to have seeded a new tradition of celebrating our team’s tenure, the fruits of which will hopefully be more recognized and happy team members.

P.S. I ordered these on Etsy from Alexander who runs the StarBlock shop and would highly recommend him if you are considering doing something similar.