The Rise and Fall of the Dinosaurs: A New History of a Lost World

When speaking to a Twitch colleague a few weeks ago he shared his Goodreads account so I dug my account up and started logging my reading activity there. I stumbled upon the Goodreads Choice Awards and leveraged those for guidance on what book I should read next.

Further diversifying my reading roadmap in 2019, I decided to expand the pool of books beyond leadership and fiction. Dinosaurs are super cool and I haven’t read a non-fiction book in a while so The Rise and Fall of the Dinosaurs: A New History of a Lost World, which won Goodreads Choice Awards of 2018 in the Science and Technology category, was an easy pick. 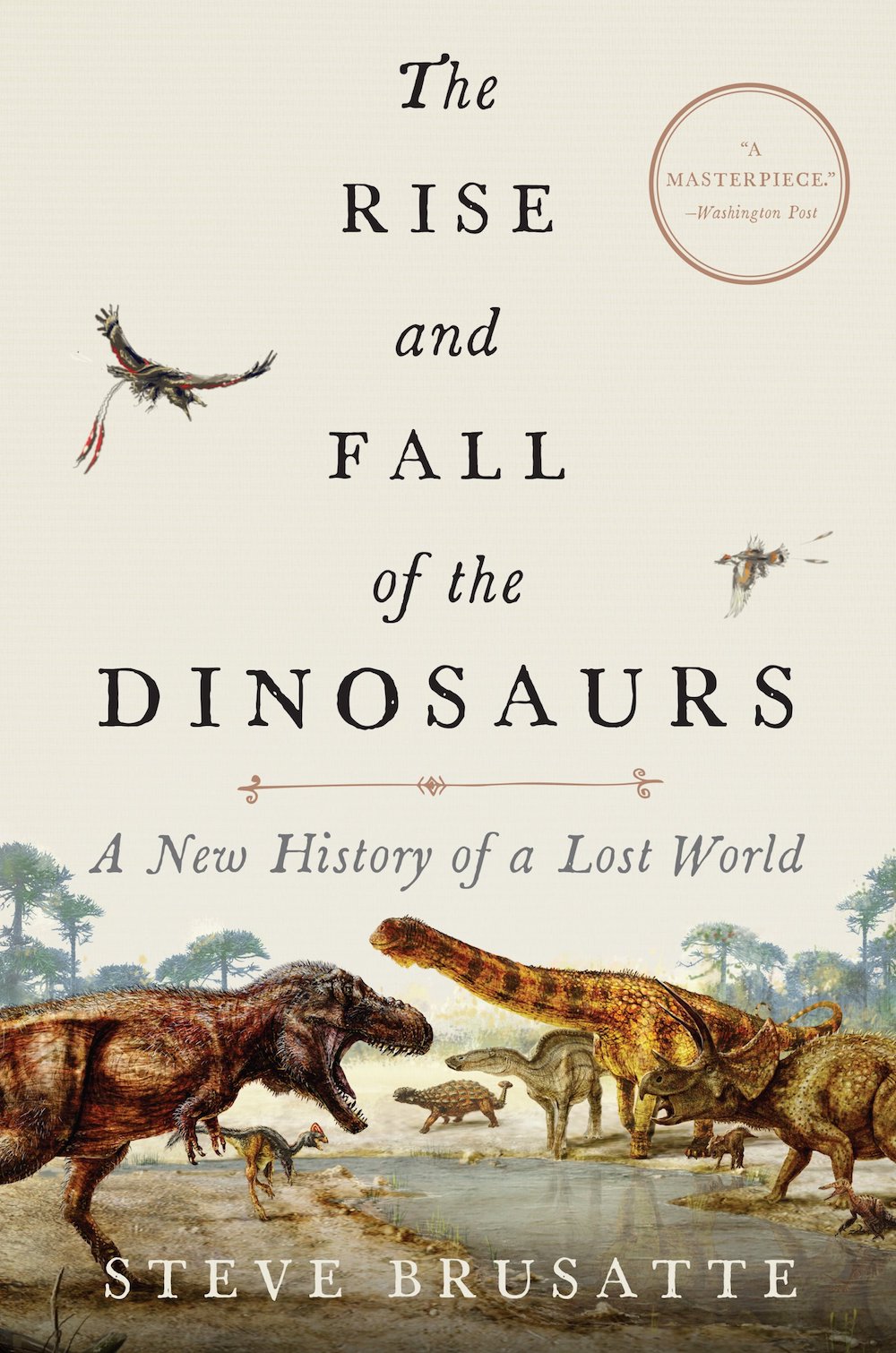 The Rise and Fall of the Dinosaurs walks us through the time before dinosaurs, the rise of dinosaurs to dominance, and the eventual downfall of the dinosaur empire. Spoiler alert: the Earth goes through very cruel phases where it becomes a very, very, very inhospitable place to live. These periods are like hitting the reset button: clearing out old-timers and providing space for new species to emerge and dominate.

A new species of dinosaur is currently being found, on average, once a week. Let that sink in: a new dinosaur every… single… week.

Steve Brusatte, a young but already very accomplished paleontologist and evolutionary biologist, walks us through the dinosaur journey. He provides both insight into the tools used presently, and in the past, to piece together the story of dinosaurs. Brusatte is passionate and it comes through repeatedly and clearly even in his writing. He loves dinosaurs and wants to infect everyone with dinosaur passion! He goes over some amazing factoids like how fast a T-Rex had to grow during its teenage years, how much destruction occurred in between the geological eras, and how dinosaurs are still with us today. If you’re into dinosaurs and want some real deal information, you can’t go wrong with this book.

During its teenage years, from about ages ten to twenty, Rex put on about 1,700 pounds (760 kilograms) per year. That’s close to 5 pounds per day!

That said, I feel this book could have been enhanced with more photos. There are many concepts covered in the book that could’ve been aided greatly with visual aids: how Pangaea split apart over each era covered, cladistic analysis, the basin geographical feature, and the size of T-rex to its ancestors to name a few. Brusatte went into so much detail to describe what could’ve been better described by a helpful visual aid. Even color would be cool to see in the book. While Power Rangers has taught us the T-Rex is red, the triceratops is blue, and so on, Brusatte covers how we can actually determine the color dinosaurs by analyzing melanosomes in fossils! It’d be awesome to see these facts come through explicitly in images.

The dinosaur empire may be over, but the dinosaurs remain.

If you’re into dinosaurs you’ll love The Rise and Fall of the Dinosaurs. But for someone who doesn’t know all the dinosaurs, all the dinosaur sizes, all the geological terms, I hope to see an enhanced edition of this book that makes it easier to put all the amazingness of dinosaurs into a more digestible and understandable visual format. Color would be nice too! 😀