Valkyrie Anatomia: The Origin is a mobile JRPG for Android and iOS devices. Serving as a prequel to the magnificent Valkyrie Profile on the PlayStation, it came out in 2016 in Japan and now finally made its way outside Japan. 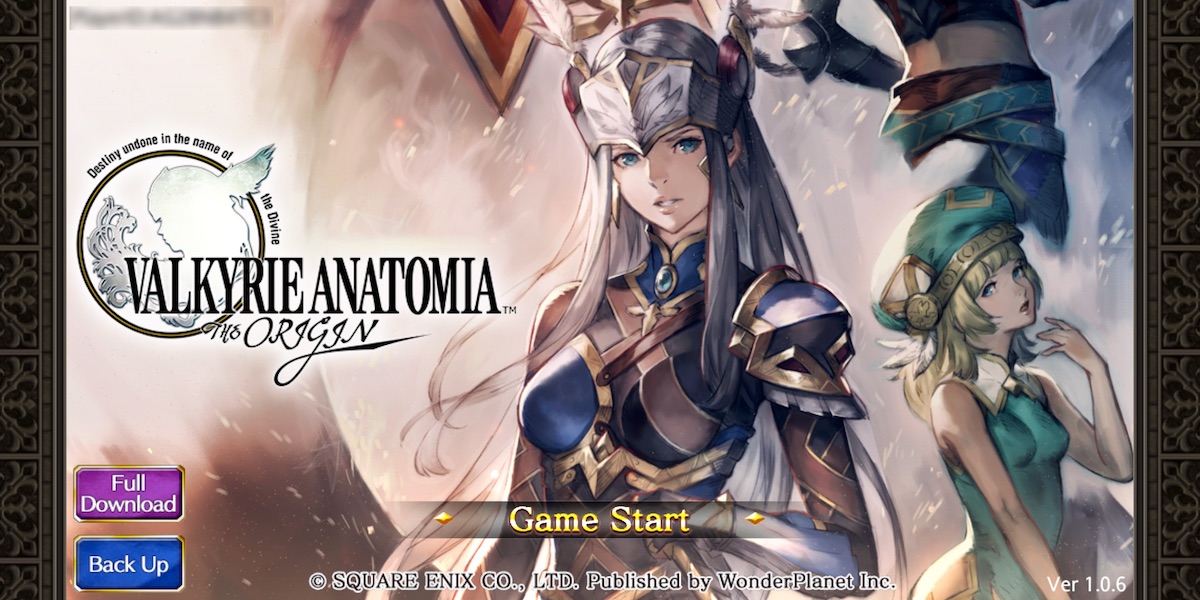 While it’s a prequel to a fantastic game, sadly it’s a gacha game. Regardless of how great the game may be, it has been designed to squeeze money from players. In Valkyrie Anatomia players are expected to dole out the in-game currency or cold hard cash to get better weapons (like Final Fantasy Record Keeper) and new characters (like Fire Emblem: Heroes). You can obtain a bunch of characters by just playing the main quests and timed quests, but cool characters like Arngrim, Freya, and Alicia are behind paywalls. Lame. 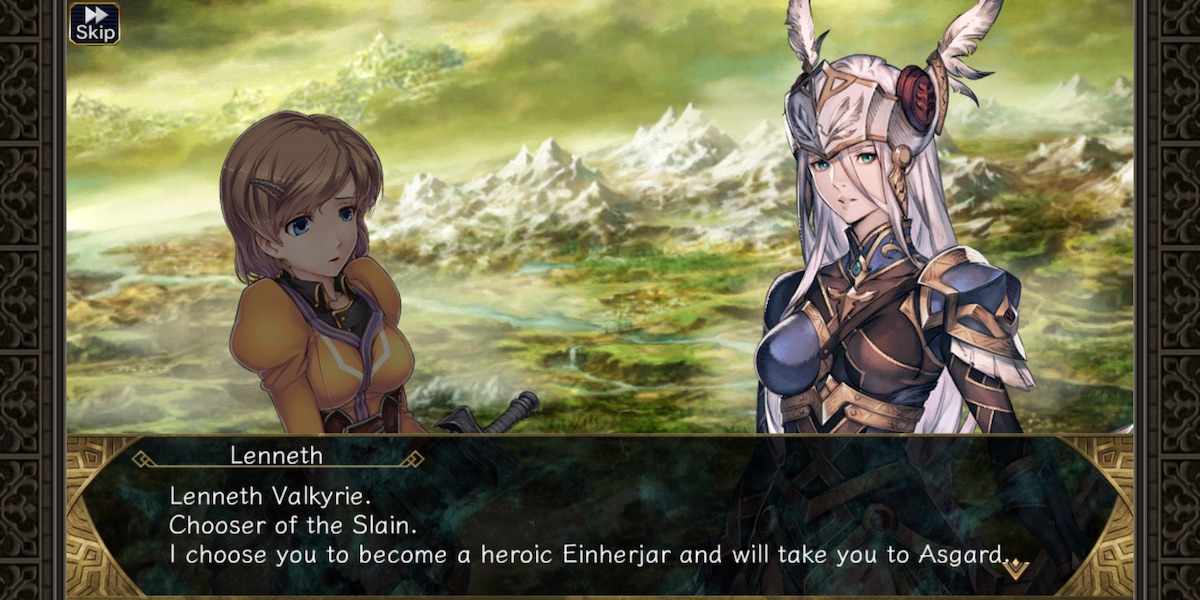 The main quest features a series of vignettes that trace the story of each Einherjar as they meet their death and join your party. Once they’re in your party, additional quests open up that show interactions between members of your party. I have enjoyed this aspect of the game most so far. In the original Valkyrie Profile recruiting Einherjar was one of your main goals but that game added the extra dimension of requiring you to send Einherjar to Valhalla throughout the game to fight alongside the Aesir in preparation for Ragnarok. 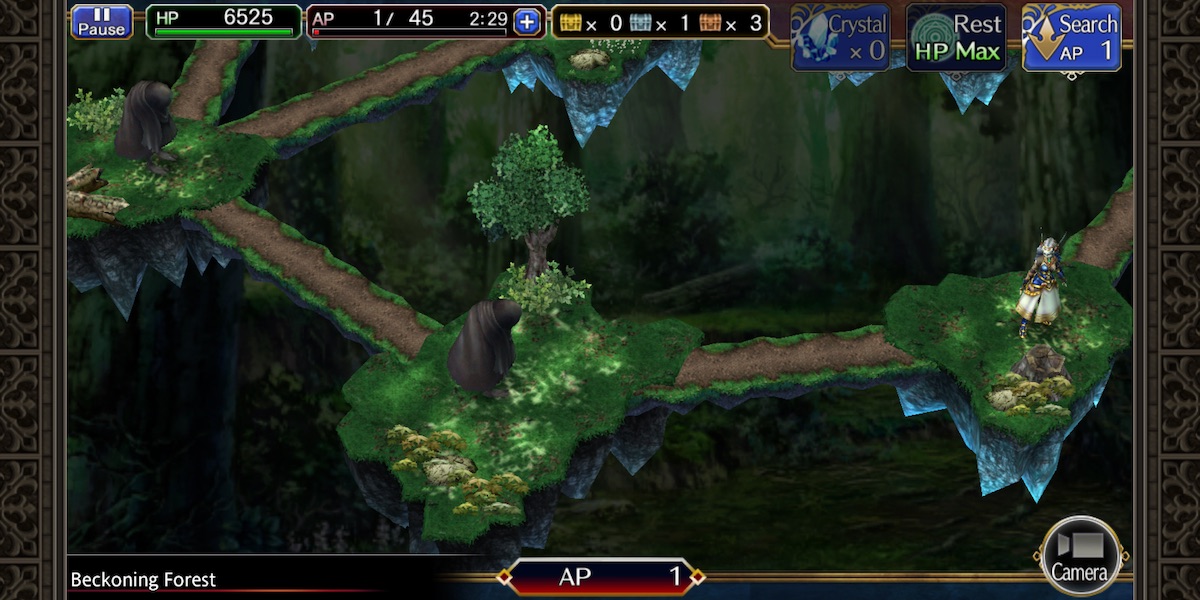 Battling looks a lot like the original Valkyrie Profile but dungeon exploration is a shell of the 2d platforming glory of the original. In Valkyrie Anatomia you simply tap between different platforms and your character traverses to that point. With an auto-battle feature, you don’t even have to coordinate your characters’ attacks. The silver lining in battles is they use the amazing battle music from Valkyrie Profile and the main character uses the Nibelung Valesti limit break attack. 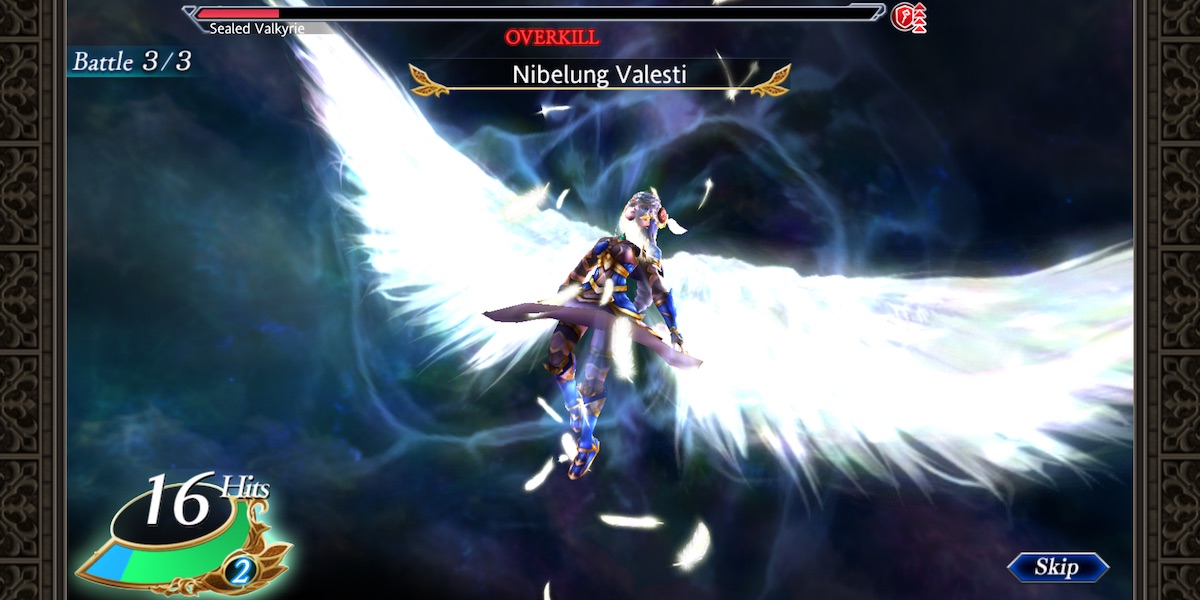 All in all, Valkyrie Anatomia does not do the series justice. While I’ve enjoyed recruiting and learning about the Einherjar and will likely do most of the main quests in this game, Valkyrie Anatomia is shell of a game that has only served to resurrect my yearnings for Valkyrie Profile 3.