This holiday season - in between diaper changes, feeds, and meltdowns - I dove into a bunch of literature. Here’s what I read with some brief thoughts:

Children of Ruin by Adrian Tchaikovsky 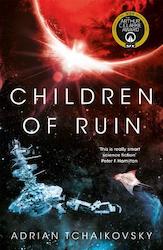 A sequel to the fantastic Children of Time, this book picks up where that one left on and continues building on the newly formed Human-Spider-Ant alliance. It ends up introducing two new lifeforms, which includes a very creepy “We’re going on an adventure” mind-controlling one. These two lifeforms end up being radically different from the somewhat similar humans and spiders and much of book’s tension revolves around the friction of this difference. While I enjoyed the first book more because of the somewhat underwhelming conclusion in Children of Ruin, it was still a great read; my only regret is not reading it immediately after I finished Children of Time!

So You Want to Talk About Race by Ijeoma Oluo 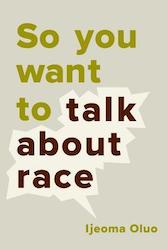 This book covers a very wide range of topics: racism (and its systemic, institutional pervasiveness), privilege, intersectionality, police brutality, affirmative action, the school-to-prison pipeline, the n-word, cultural appropriation, hair petting, microaggressions, the model minority myth, and even Al Sharpton. My only qualm is it saved actions we can take to combat some of the aforementioned topics for the last chapter; it would’ve been great to lay out actions in each chapter as different issues were covered. That said, I cannot recommend this book enough to anyone interested in social justice and making our world equitable. Many thanks Kaya for the recommendation! 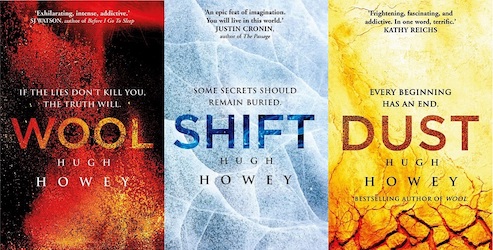 This trilogy diverges on the typical sci-fi exit strategy for “We ruined planet Earth and need to figure out how to survive now.” Rather than the usual “Let’s take to the stars and find a new home planet (to eventually ruin)” Silo has humans living in silos dug into the Earth. I enjoyed the trilogy overall but loved the first entry, Wool, the most. Howey is fantastic at world building and developing characters to help build that world out; oftentimes characters are just vehicles for building out the world and advancing the plot but Howey’s cast was deep and interesting on their own.

The second entry, Shift, is mostly a prequel and covers the events leading up to Wool. It’s at this point in my reading that I wished there was some sort of visual timeline at the beginning of each chapter to help me keep track of when major events had happened. Dust wrapped things up nicely but felt a bit rushed and leaned heavily on the Metal Gear Solid 4 “Blame the nanomachines” trope for tidying up loose ends. In short: Wool (5/5), Shift (3/5), Dust (4/5) but if you want some sci-fi that looks to the ground beneath your feet for solutions instead of the stars I can easily recommend this trilogy. Thanks Josh for the recommendation!

The Paper Menagerie and Other Stories by Ken Liu 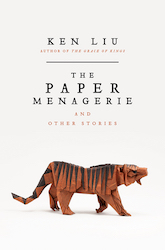 This is a collection of fifteen stories that range in length from very short (e.g. 9 pages) to much longer (e.g. 89 pages). The Paper Menagerie is the star of the show having won all three of science fictions major awards (Hugo, Nebula, World Fantasy Award). I enjoyed some of the stories a lot like Good Hunting, Simulacrum, and A Brief History of the Trans-Pacific Tunnel. On the other hand the longest of the stories, All the Flavors, had a lot of set up for what ended up being an extremely underwhelming conclusion. Overall, the short story format allows for quickly building up and tearing down worlds to tell stories but ultimately that format doesn’t gel very well with me: I don’t get hooked on the book and have a hard time getting through it. If this doesn’t sound like a problem you would have, I think this book is worth checking out. It’s chock full of interesting stories.

And that’s that for this go of reading. Every time I do a blitz of reading, I’m always amazed at all the fantastic literature available to read these days and I mostly read science fiction. What a time to be alive!