The End of Saga - Trails of Cold Steel 4

Trails of Cold Steel 4 (TOCS4) is more than just the fourth game and closing act of the Cold Steel tetralogy. It is the 9th game in the Trails series and caps off the stories that started in the first three Cold Steel games, the three games from Trails in the Sky, and the two games from Trails from Zero. The world building Nihon Falcom pulled off in all these games shines in this entry as stories and characters from all three series come together to close out the grand Erebonia arc covered in Cold Steel. 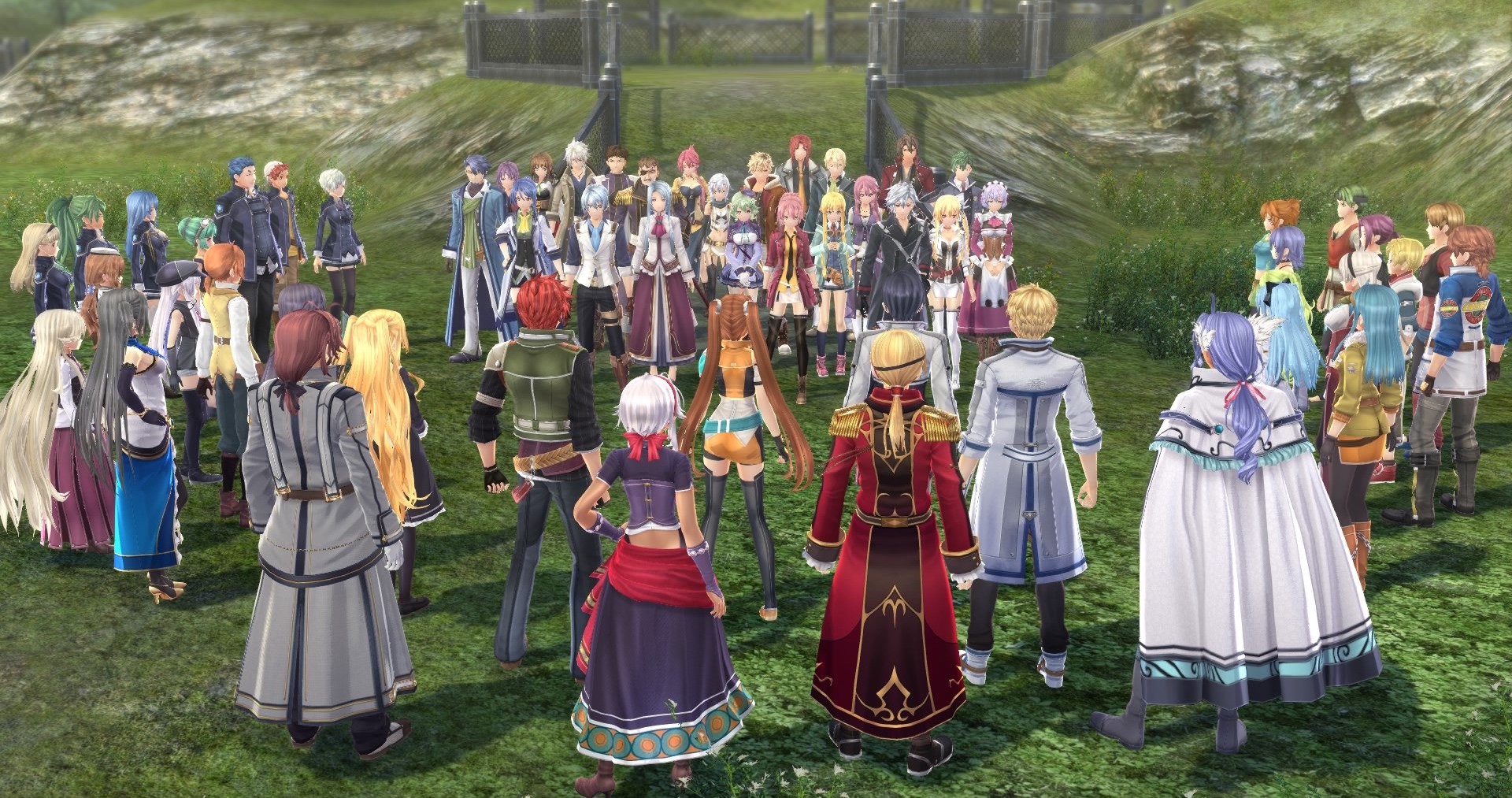 The thing I wanted most from TOCS4 was closure. The first three entries opened so many threads and after investing nearly 200 hours in the Cold Steel series I was ready to wrap this thing up. In my review of Cold Steel 3 I touch on how it took two whole games for us to finally understand what the central conflict - the Phantasmal Blaze Plan - is and how that game ends on a immorally massive cliffhanger. Fortunately, TOCS4 delivers on my wishes and wraps up the Erebonia arc relatively cleanly. Why relatively? Because the Trails series is not over! The big bads, Ouroborous, have been working on the Orpheus Final Plan over these nine games and there is still at least one known sub-plan left: the Eternal Recurrence Plan. 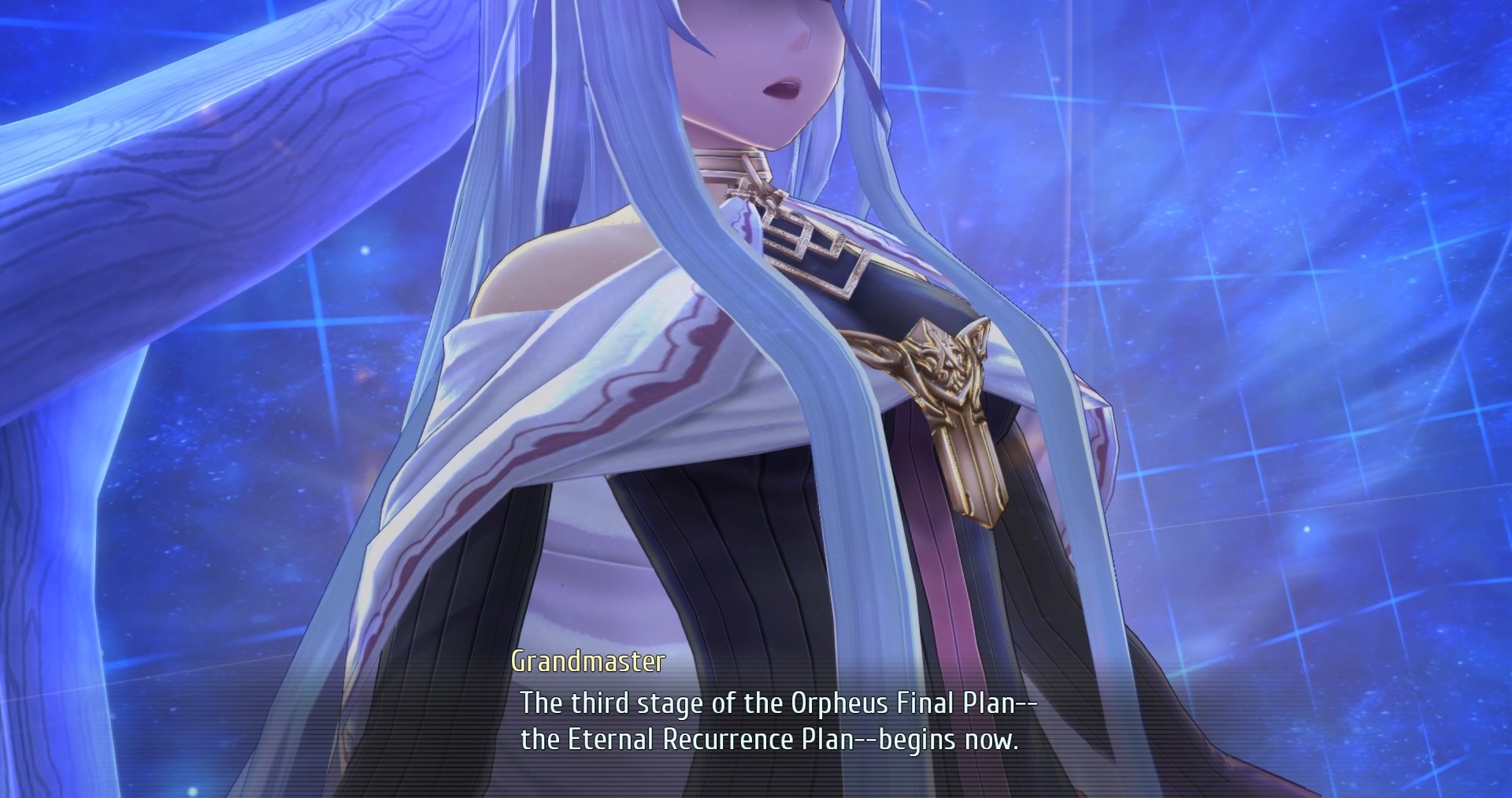 So I did get some closure but there’s still some more juice to squeeze out of the Trails lemon. The most painful part now is waiting for localization as it has taken the North American publisher of the Trails series about 2-3 years to localize these titles. And they still haven’t even localized all of the nine games I mentioned previously; the two Trails from Zero games I mentioned above were released in 2010 and 2011 in Japan but will only come stateside in 2022 and 2023! While the epilogue to Cold Steel (Trails into Reverie) came out in Japan in 2020 we will have to wait until 2023 to get this game in English. Kuro no Kiseki which opens the next arc of the Trails series in Calvard (the country Erebonia went to war with in Cold Steel) came out in September 2021 in Japan but there is no word yet of if and when this game will be available globally. For games available on PC like Reverie there are fan-translations out there and programs to make those translations more accessible but I’m not really interested in the work involved in getting that going. 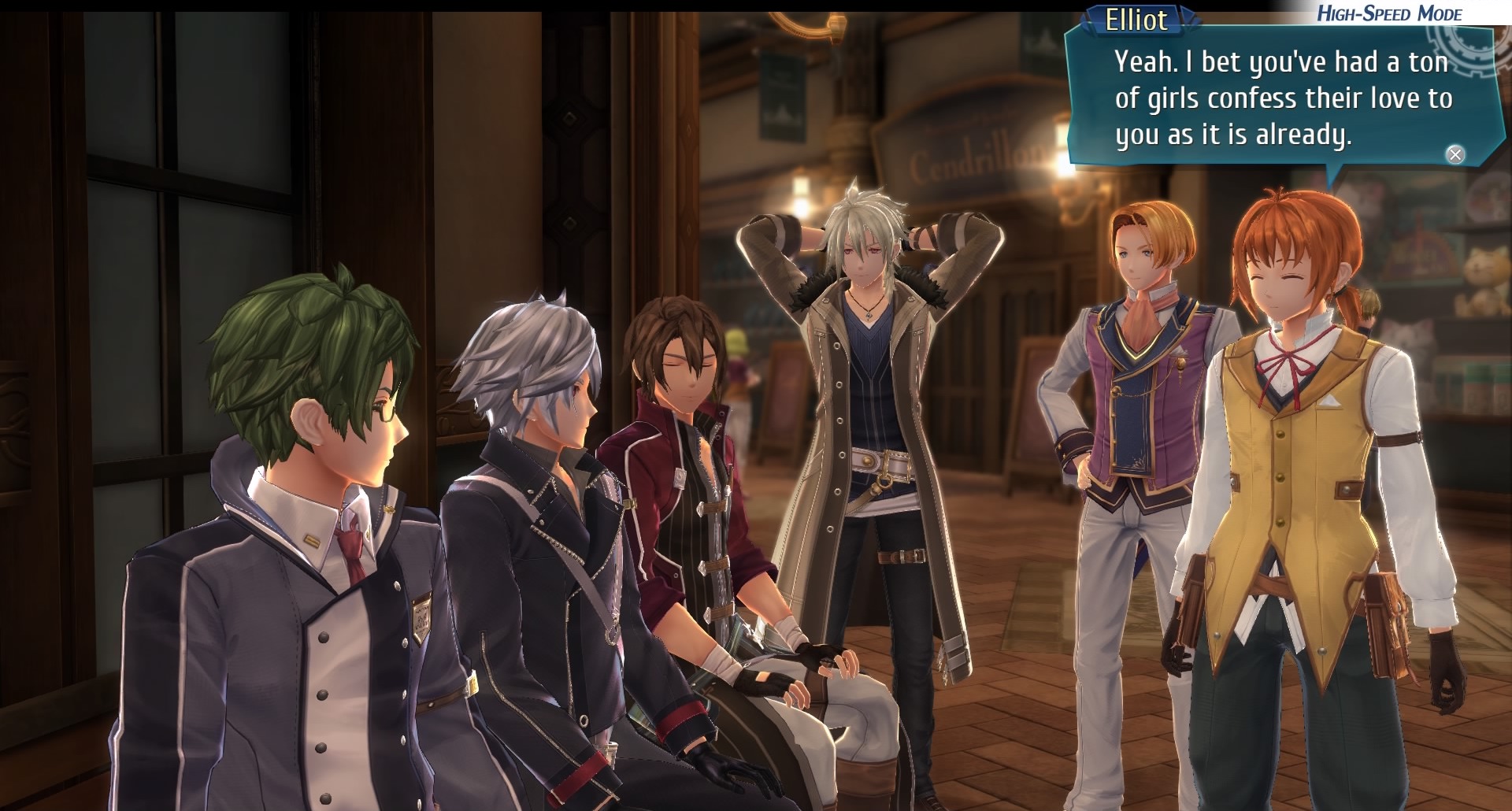 The Rean Harem continues to shine in this entry.

Closure aside, TOCS4 is a fantastic ending to a fantastic series. Playing without the series staple, Rean, for the first arc of the game felt weird but TOCS3 did such a great job bootstrapping the new Class VII that it made the eventual rescue of Rean that much more satisfying. The battle system is fun as always but Brave Orders were balanced in this entry to make them less broken and enemies were also given this capability which puts debuffs on your party. Trash mobs were rarely ever a challenge and bosses presented more of a challenge with some adding unique conditions to get extra points. The arc following Rean’s rescue is a bit of a drag as you revisit many times previously visited locations to rebuild Rean’s Harem but overall the game had me hooked from start to finish. Most epically in the true final battle (it’s a JRPG, of course there are multiple endings) you get to assemble three separate teams of 8 people each from a total roster of 39! 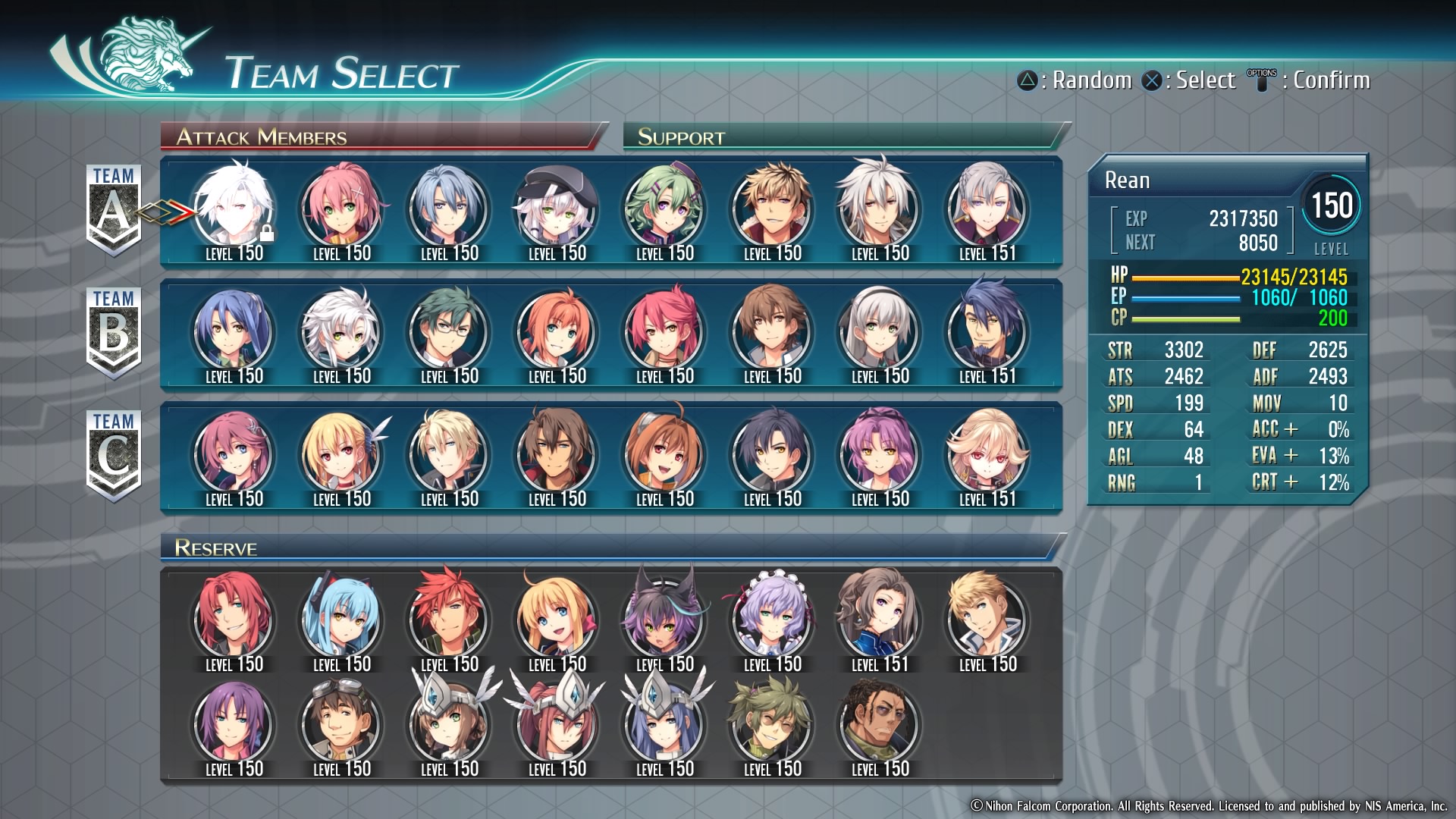 Step aside Marvel - this is the greatest crossover event!

It’s certainly a big time investment but I cannot recommend the Cold Steel series enough. I will lose some JRPG nerd points here but I didn’t actually play the Sky or Zero series but did watch awesome story summaries by the YouTuber LadyVirgilia following completing the Cold Steel series. There was a lot of background and context I missed during my playthrough of Cold Steel that I picked up doing so. The Sky and Zero series are very well regarded so if you’re looking to play them in the right order go Sky, Zero, Cold Steel. Anyhow, glad I now have a small break from Trails games with some sense of closure but 2023 will be here before we know it!