The Aftertaste of Final Fantasy XV

It’s been a few weeks since I completed Final Fantasy XV; I’ve had some time to digest the experience, get all the trophies, and read plenty of other people’s take on the game. The short of it: in spite of the story being very rushed starting at Altissia, FFXV is a critical hit: a fantastic entry released when the series appeared to be flailing. 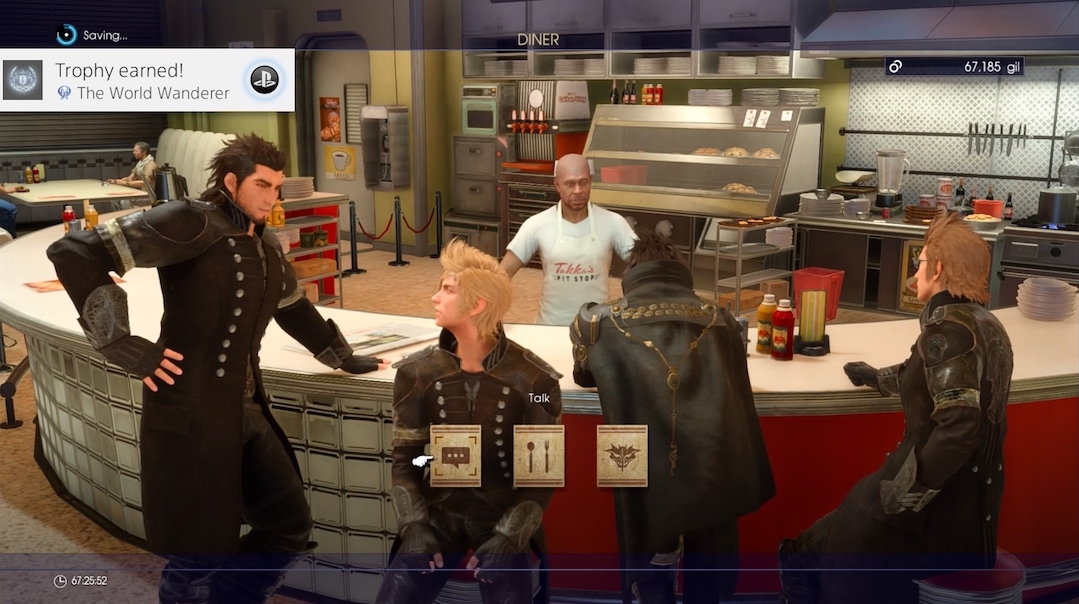 It has its flaws, but FFXV is a game that rejuvenated my faith in the Final Fantasy series. The fundamentals of the story are there: characters I care about, a truly menacing villain, and a plot that is compelling and makes sense.

Xenoblade Chronicles (XC) for the Wii still stands as my favorite modern JRPG and is my go-to game when people complain that the golden era of JRPGs has come and gone; it’s my gold standard for JRPGs. Xenoblade Chronicles X (XCX) for the Wii U expanded on the open-world amazingness of XC but unfortunately had a story that felt very unfinished. FFXV sits right there alongside XCX: the open world was good (not as open and big as XCX) and a decent story (not as complete as XC) that could have benefited from more fleshing out.

There is a bunch of DLC planned for FFXV and I’m excited to dive into it, especially if it fills in some of the holes in the story. But even more so, I am pumped for the FFXV development team to have a productive post-mortem, take the best of what they did, and improve on the mistakes to ultimately deliver an amazing next entry in the series… Hopefully before 2026!