Over a year ago I reflected on Starcraft’s co-op mode after maxing all (then) 7 heroes to level 15. Today, I relive that achievement: all 12 of my heroes are now level 15. I am also 19 levels away from maxing out my mastery level! 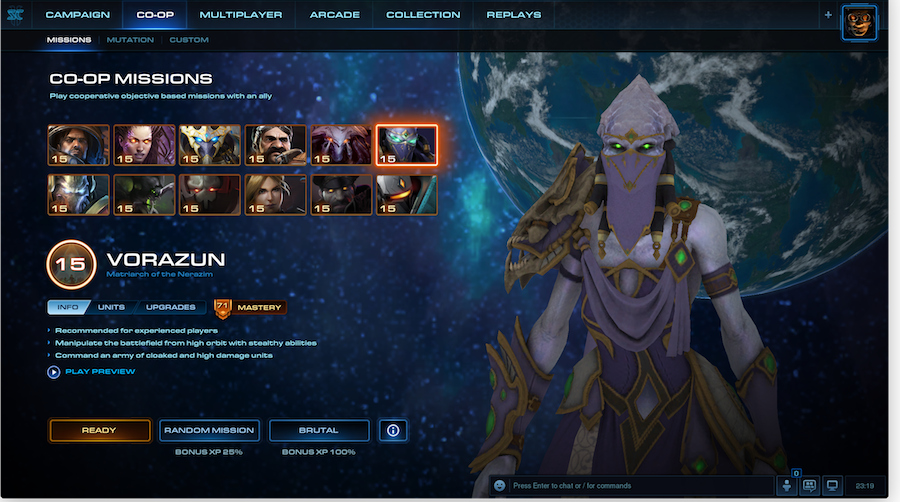 In that post I talked about some improvements Blizard could make to co-op mode. We got some: a survival-style mission in Dead of Night (but not quite like the campaign In Utter Darkness mission I wanted), 5 more heroes, an additional leveling system (mastery levels), a handful of new maps and missions, a contest (still underway) that has people creating their own co-op missions that will eventually get promoted to “real” missions. We still don’t have resource sharing or “over-the-top” bonus objectives, but reflecting on the improvements to co-op over the past year I’m feeling pretty good about where Blizzard is taking this fun and addicting game mode.