Yesterday, Final Fantasy XV fans got the promised update to the decisive Chapter 13. This update buffs Noct’s abilities for the existing segment of the Chapter and adds a new segment (dubbed Verse 2) that lets you go through the chapter in Gladio and Ignis’ shoes.

I wrote previously about how the latter half of the FFXV felt rushed but that ultimately, even with its flaws, FFXV is a wonderful game.

I played through Verse 2 yesterday. It was a relatively quick romp: the entire verse clocked in under half an hour for me. Through radio broadcasts you could tune into and a few cutscenes, the segment fleshed out the story a little and I walked away from the entire experience pretty pleased. It goes to show that a little effort, properly channeled to address pain points, can go a long way to improving something. 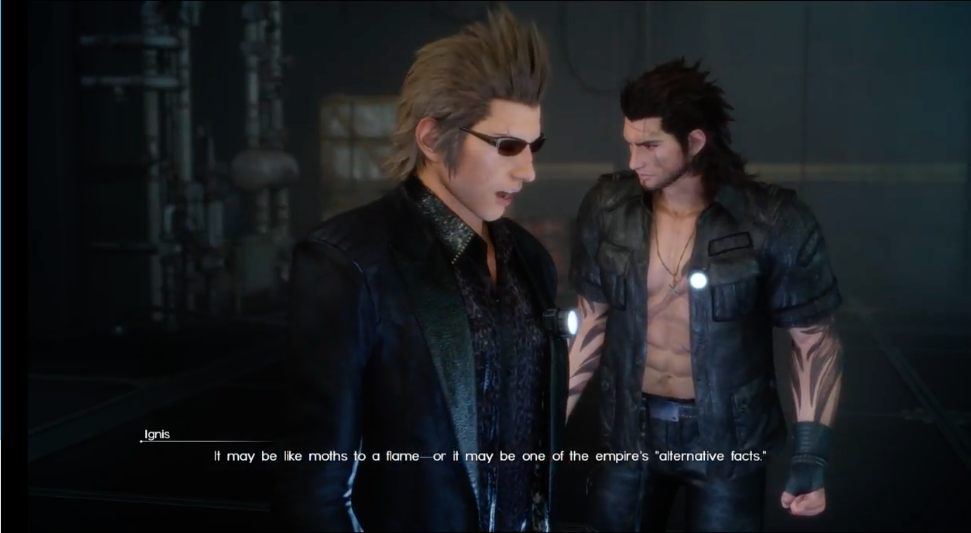 It even took a jab at our current political predicament!

Even without Verse 2, I’d still say Final Fantasy XV is a great game that any JRPG fan should check out. But if the team continues to patch up the flaws and release additional content, I’m sure the inevitable Game of the Year edition of Final Fantasy XV will be a must-have!