Trails of Cold Steel 3 is Coming to the Switch!

After Xenoblade Chronicles, Trails of Cold Steel is my favorite JRPG series the past decade has blessed us with. I loved the first entry and the second entry even more. When the third entry finally landed stateside in late October, I was torn because it was a PS4 exclusive.

Don’t get me wrong: I was definitely planning on playing this game on the PS4 once I acclimated to being a parent. Having played the first two games on the Vita reminded me how much more convenient gaming on the Vita and now the Switch is (e.g. commute, plane trips, bed). 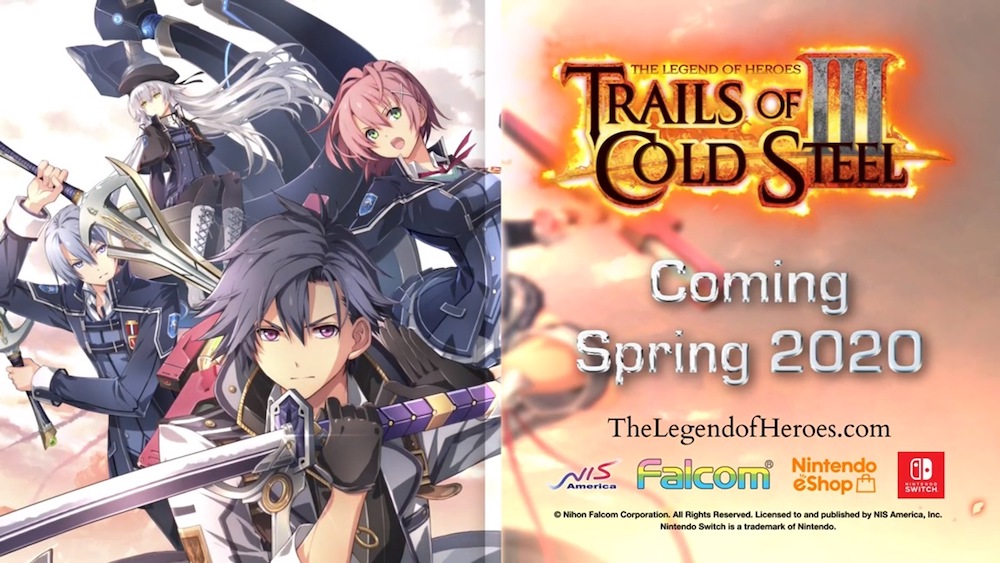 Fortunately acclimating to parenting takes months (or maybe years) so I got some great news in the convenience department this week: Trails of Cold Steel 3 is coming to the Switch in Spring 2020!

Looking at the bigger picture, the Nintendo Switch is increasingly becoming a fantastic console for JRPG games: Xenoblade Chronicles, Trails of Cold Steel, Valkyria Chronicles, Octopath Traveler, Tales of Vesperia, Dragon Quest, Pokémon, Fire Emblem, and it rounds things out nicely with ports from fantastic series like Grandia, Secret of Mana, and Final Fantasy. Seal the deal Nintendo and get Persona on the Switch and bring Super Mario RPG, Chrono Trigger, Terranigma, Lufia, and Earthbound to the SNES virtual console. Also, revive Valkyrie Profile too. Thanks!